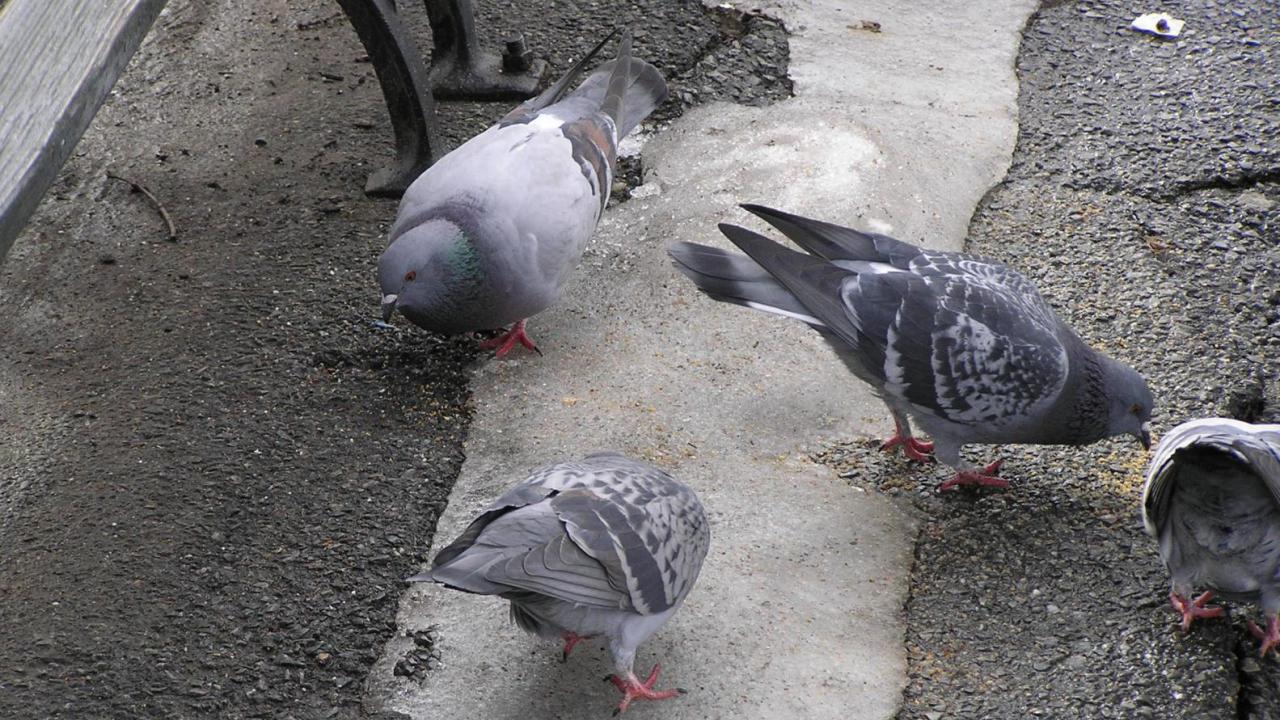 The Rock Pigeon or Rock Dove is the wild ancestor of domestic pigeons.
Escaped domestic pigeons that established themselves in the wild are called feral pigeons.
Originally found wild in Europe, North Africa, and western Asia, these pigeons have become established in cities around the world.
Wild Rock Doves are pale grey with two black bars on each wing, whereas domestic and feral pigeons vary in colour and pattern by selective breeding over the years.