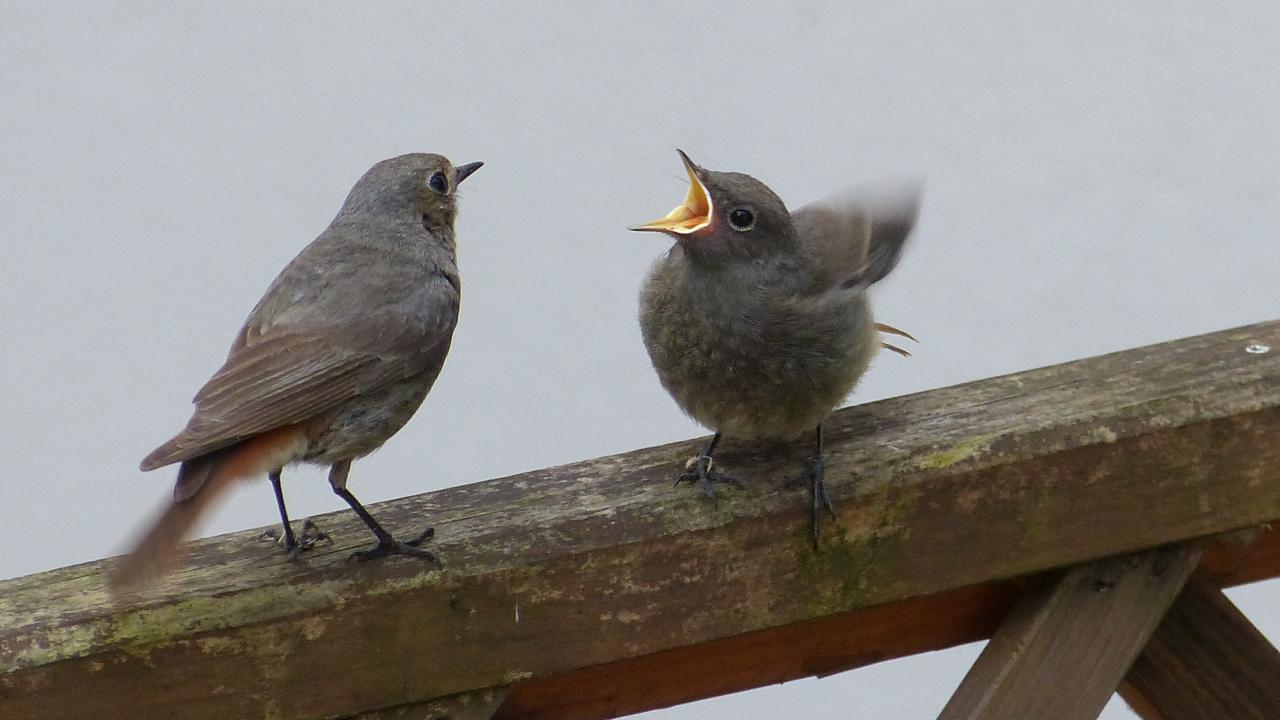 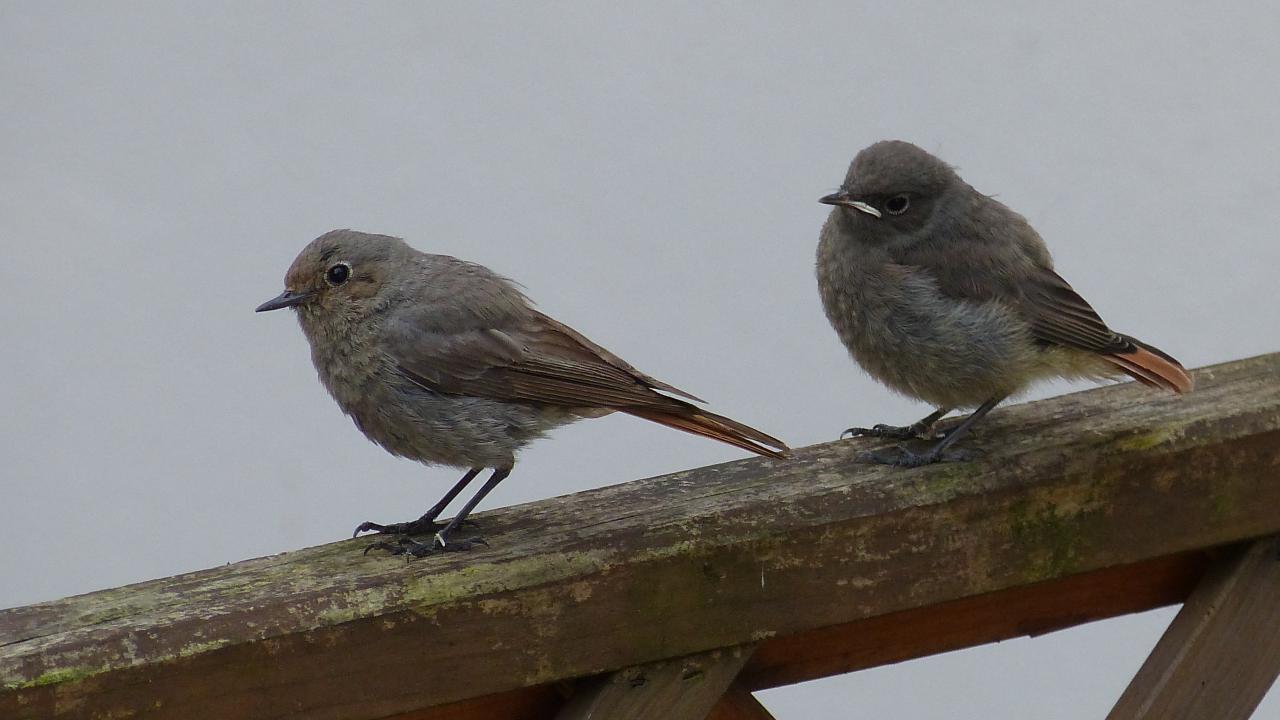 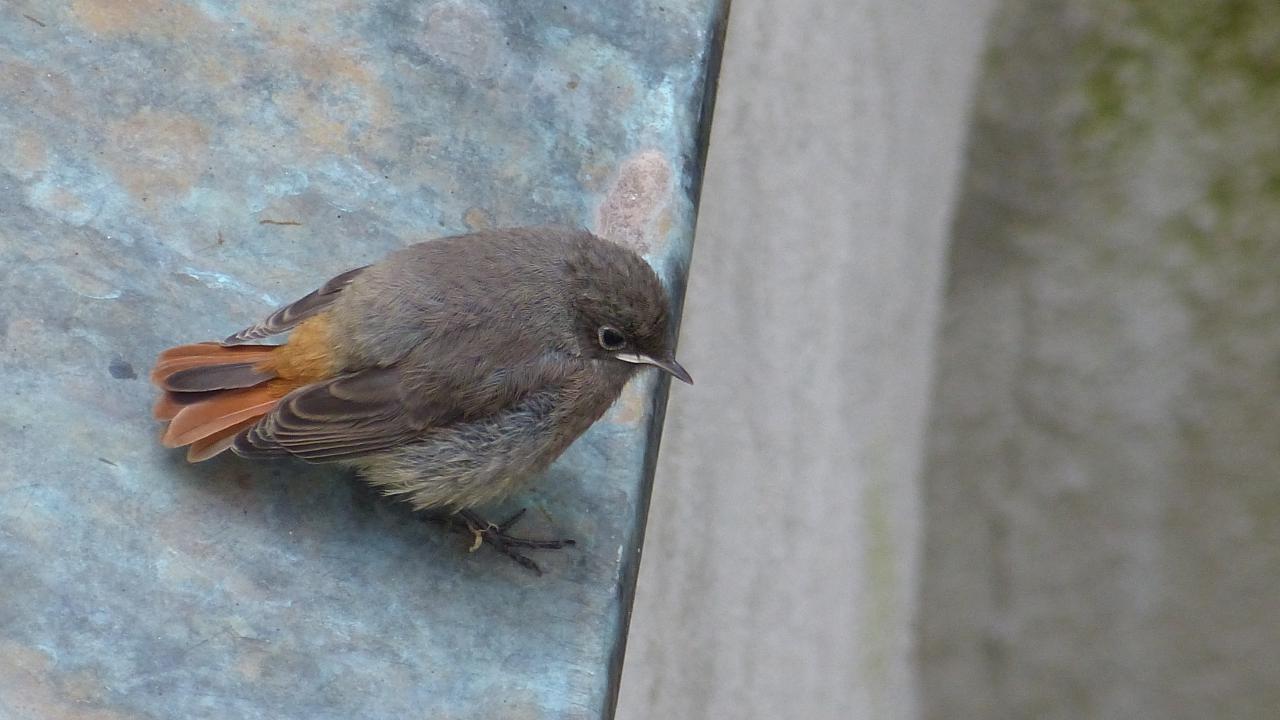 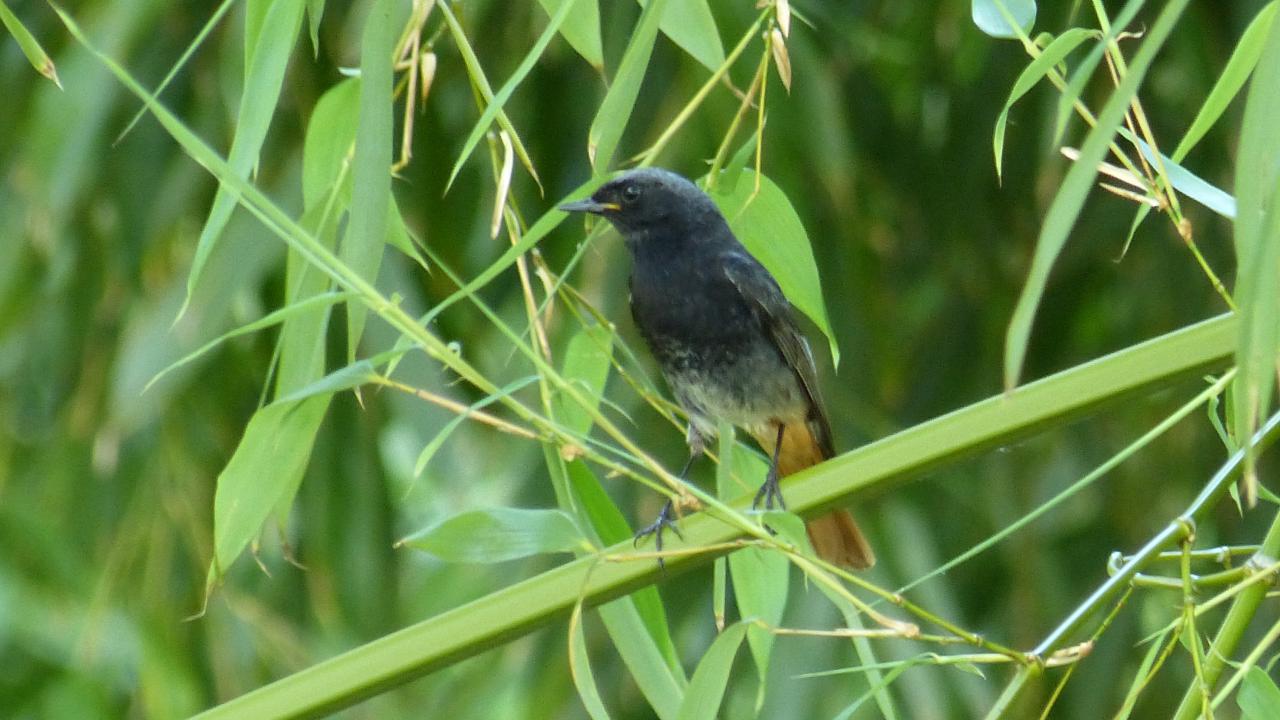 A couple of Black Redstarts (P. o. gibraltariensis) was very busy feeding their 2 babies on the balcony of our hotel in Lindau.
Especially, the female (top & left photo: on the left) was doing the feeding. The baby (on the right) clearly shows its baby plumage (including a short tail).