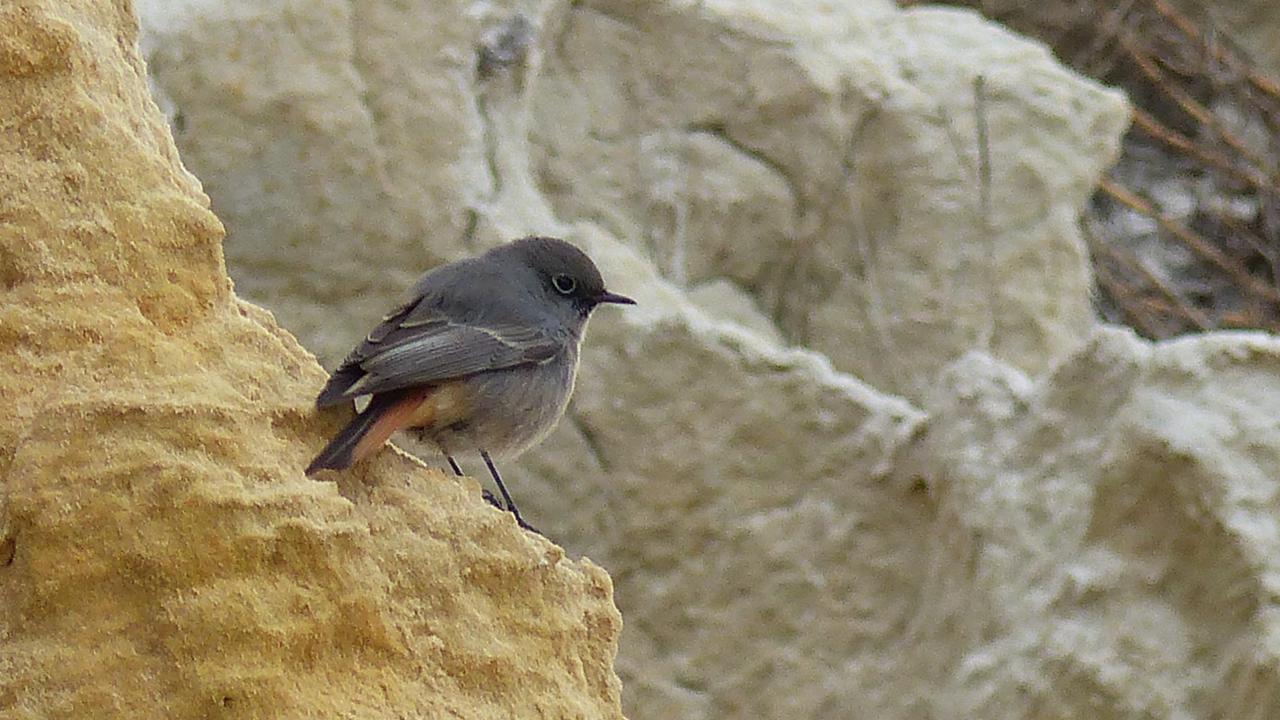 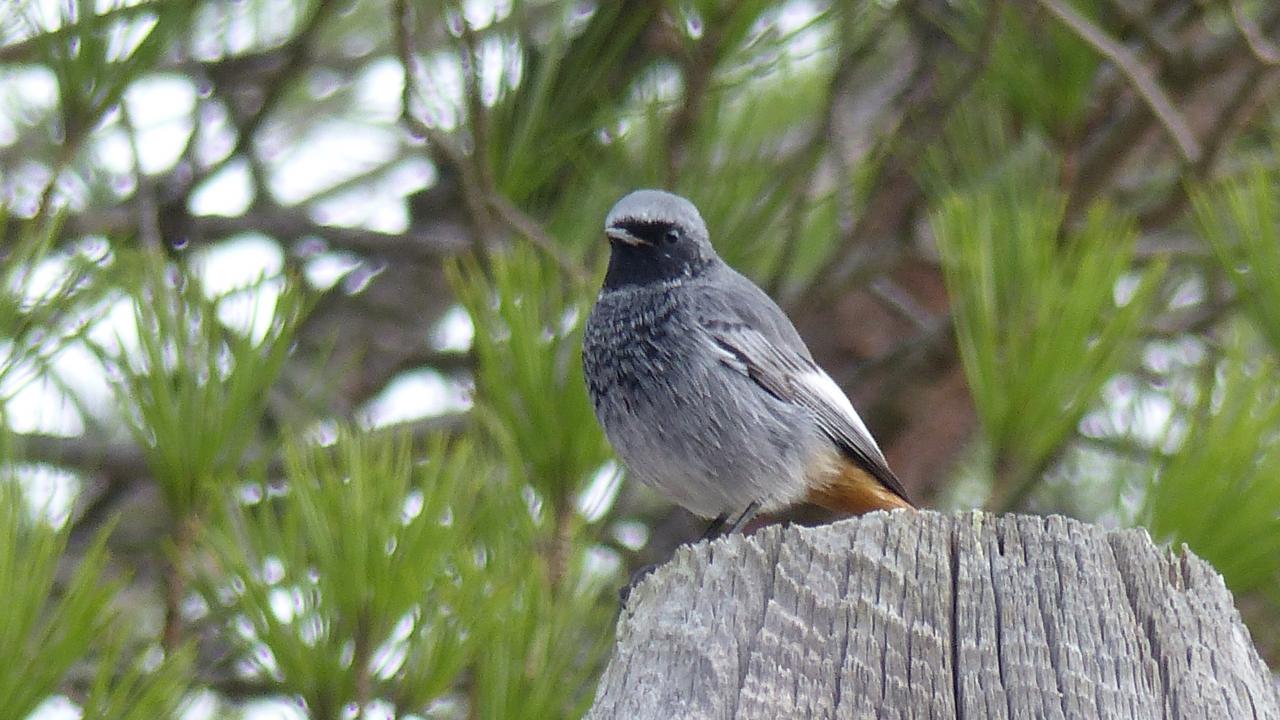 The female is grey (western subspecies) to grey-brown (eastern subspecies) and lacks the white wing patch.
One-year-old males are similar to females but blacker.
The whitish wing panel of the western subspecies does not develop until the second year.
Black Redstarts often sit upright and constantly flick their orange-red tail.

This is the subspecies P.o. aterrimus which is in general more black and usually shows a quite contrasting grey crown (clearly shown on the 2nd photo).