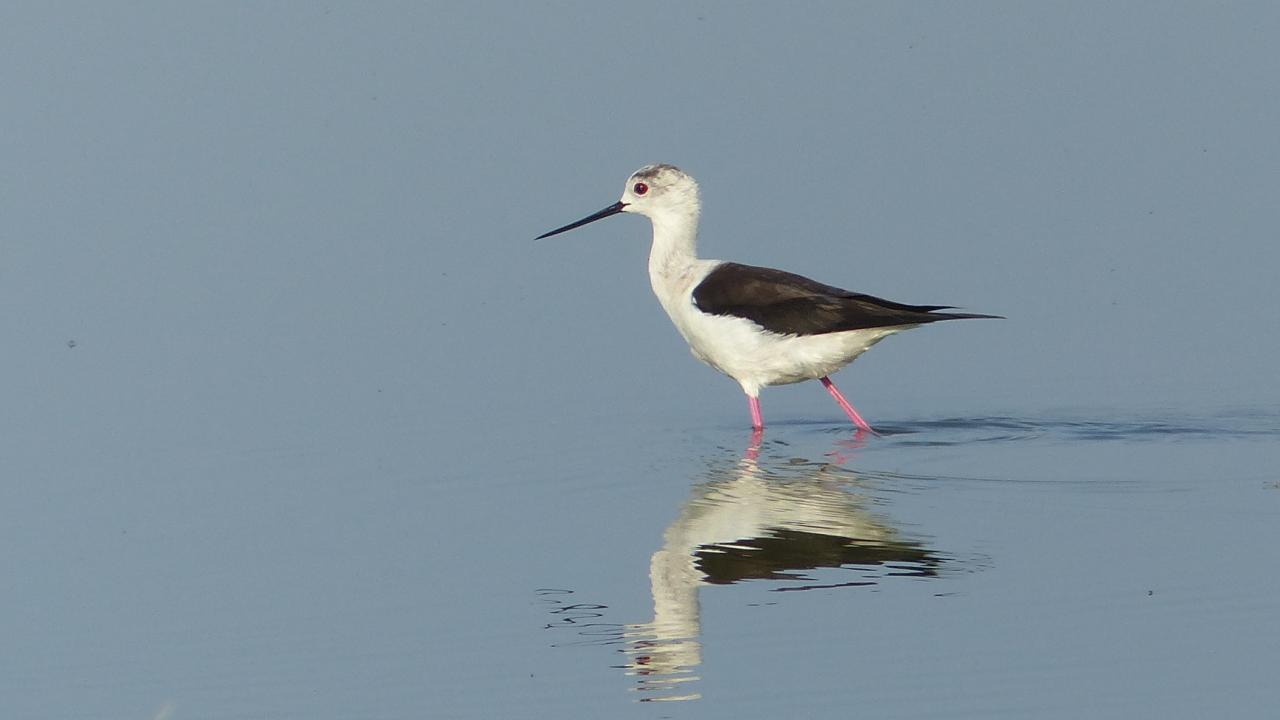 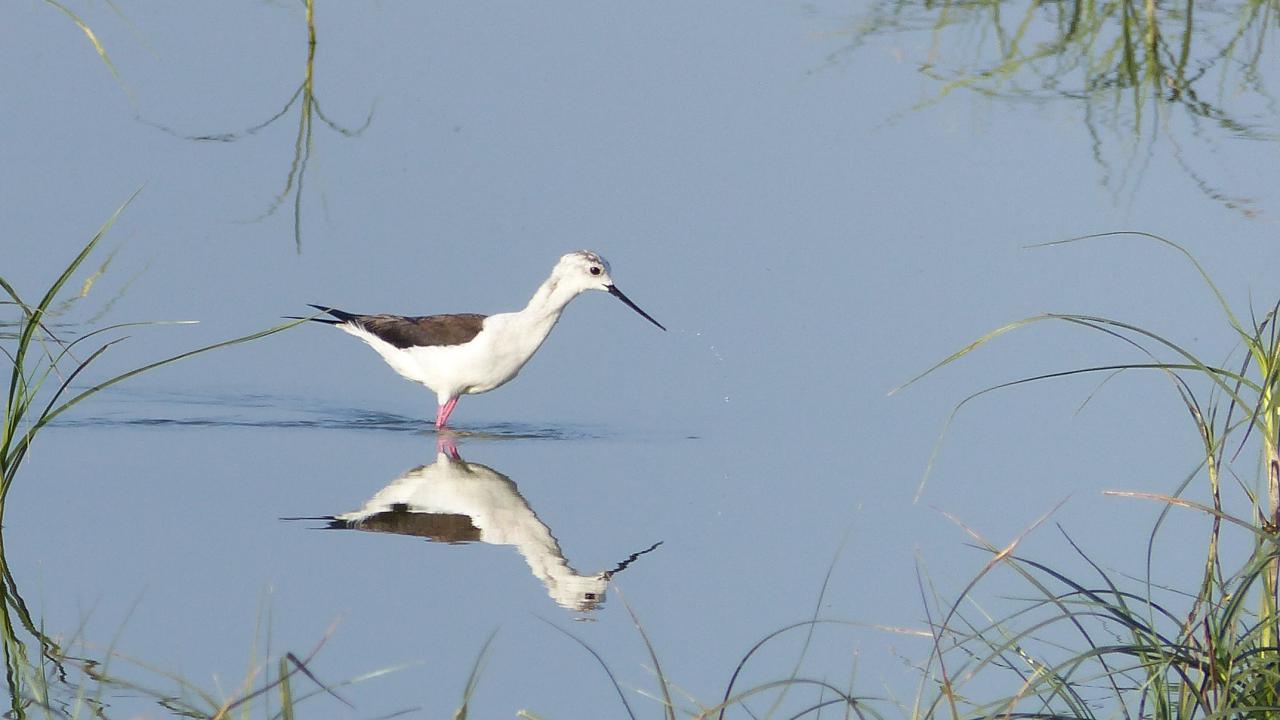 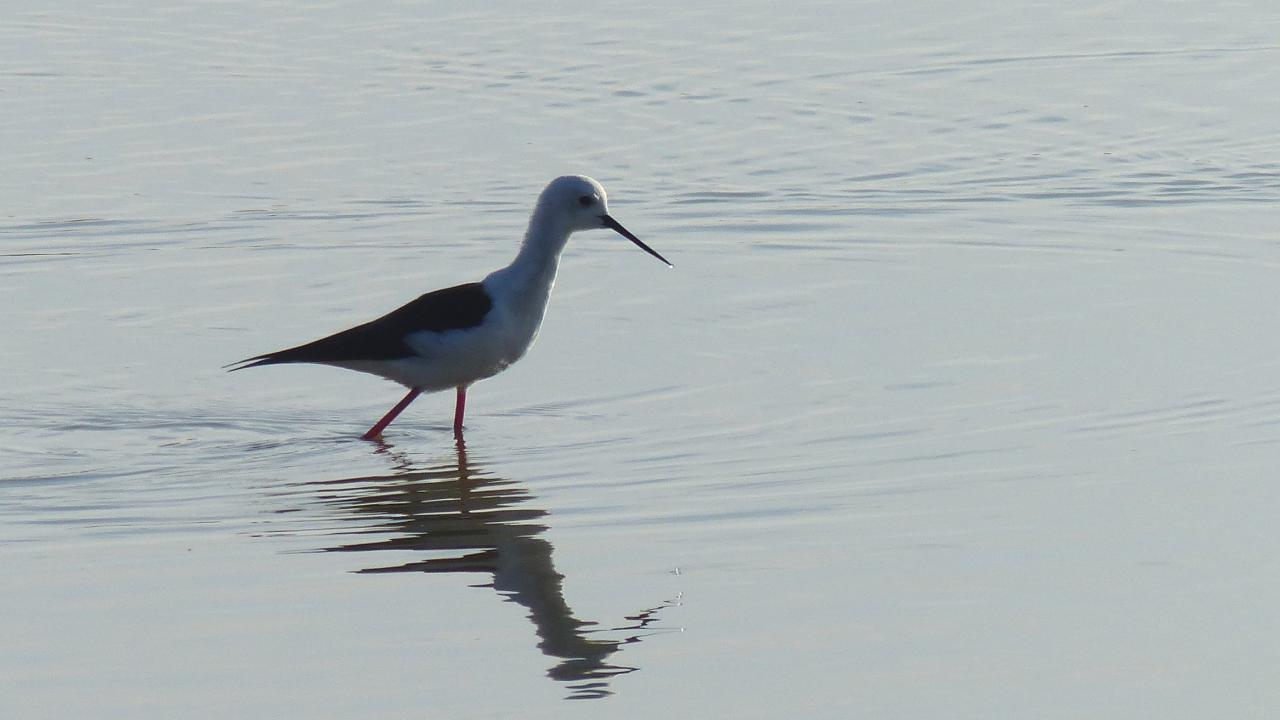 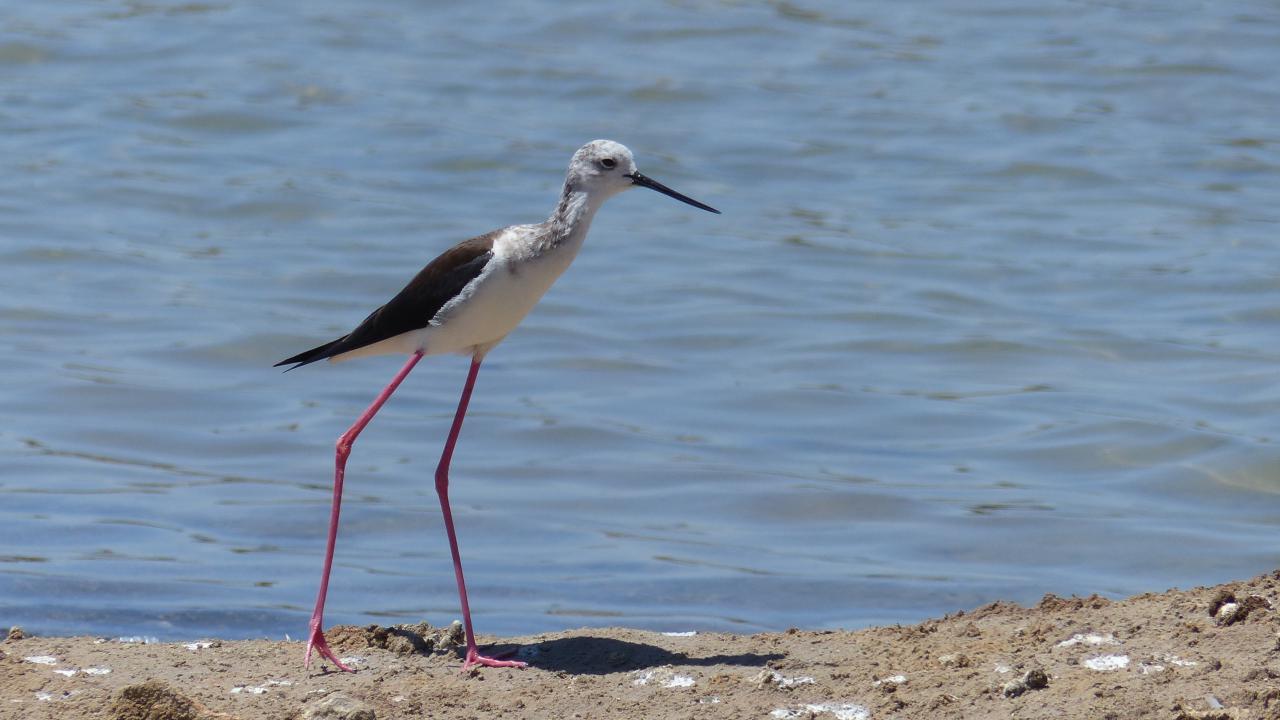 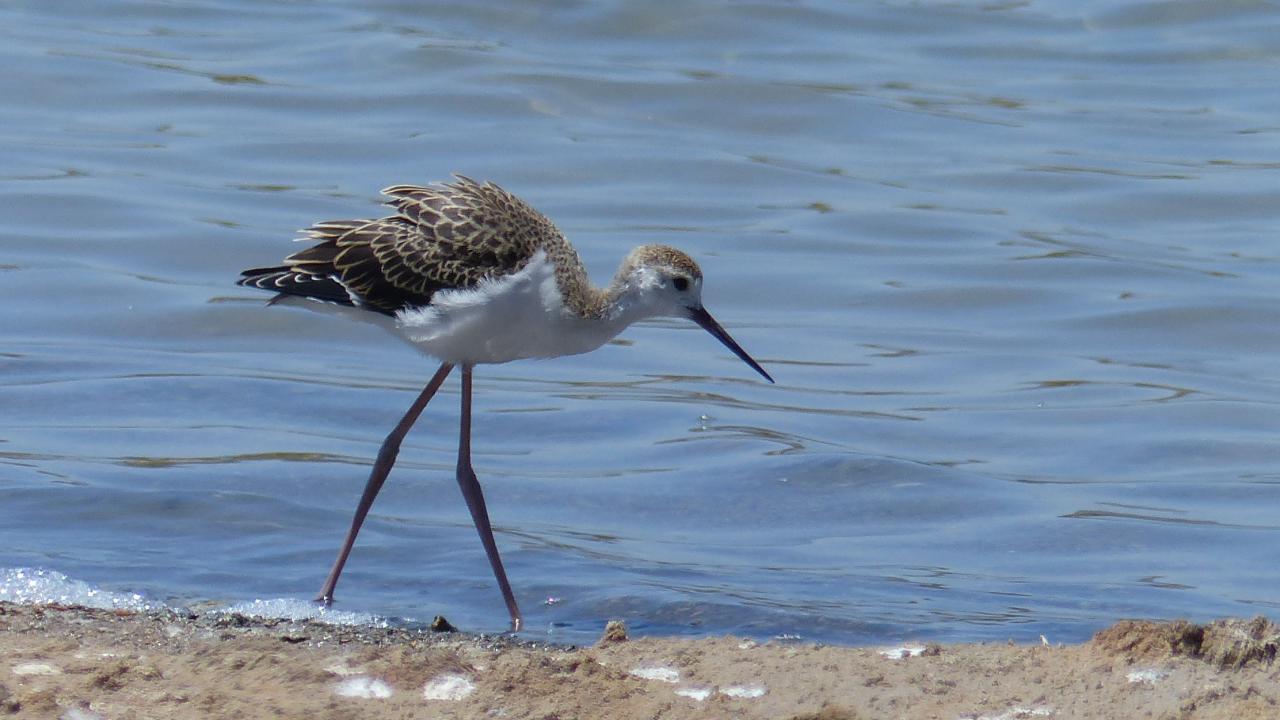 The taxonomy of this bird is still somewhat contentious. Some describe as many as five distinct species; others consider some or all of these to be subspecies.
Some refer to the name Black-winged Stilt as the old world nominate species (Himantopus himantopus) and to the name Black-necked Stilt (Himantopus mexicanus) as the species occuring in the Americas.
The head and neck of the Black-winged Stilt may vary from all-white to white with an all-black cap and hindneck.
Males have a black back, often with greenish gloss. Females' backs are more brown.
Juveniles are paler than the adult, with washed grey-brown crown and rear neck. Their brownish upperparts show narrow pale buff fringes, and their legs are duller.