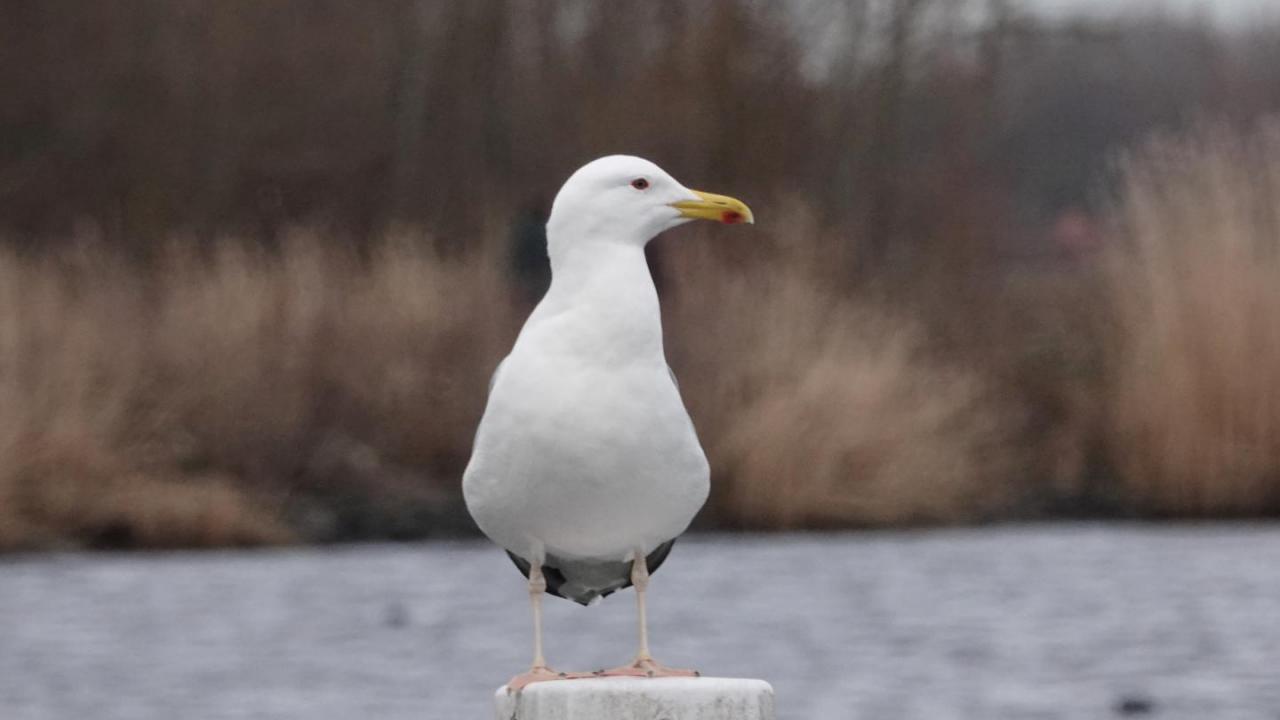 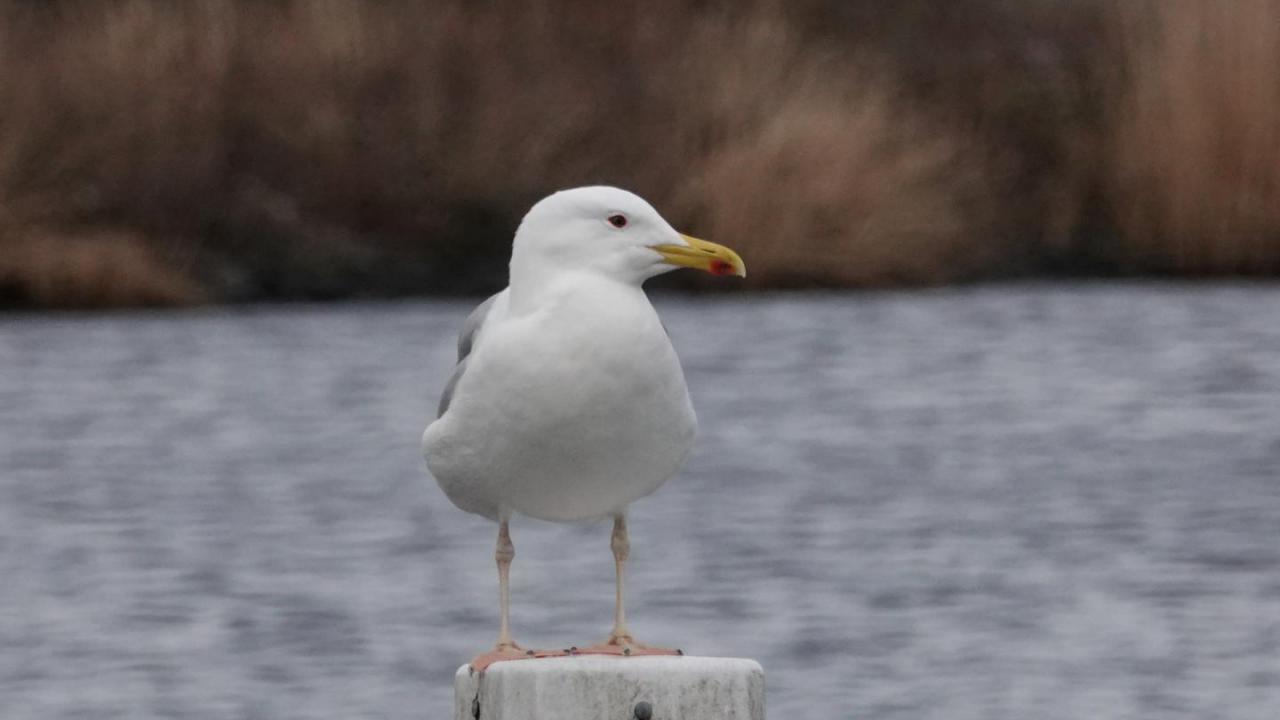 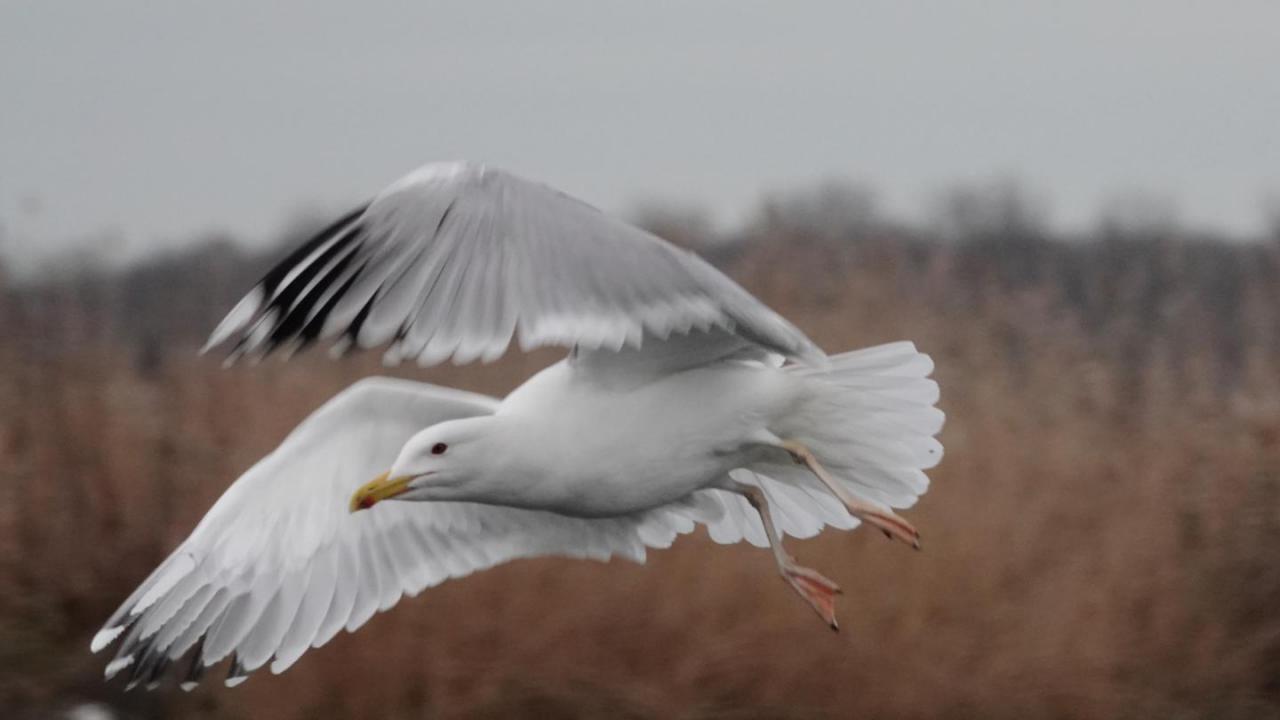 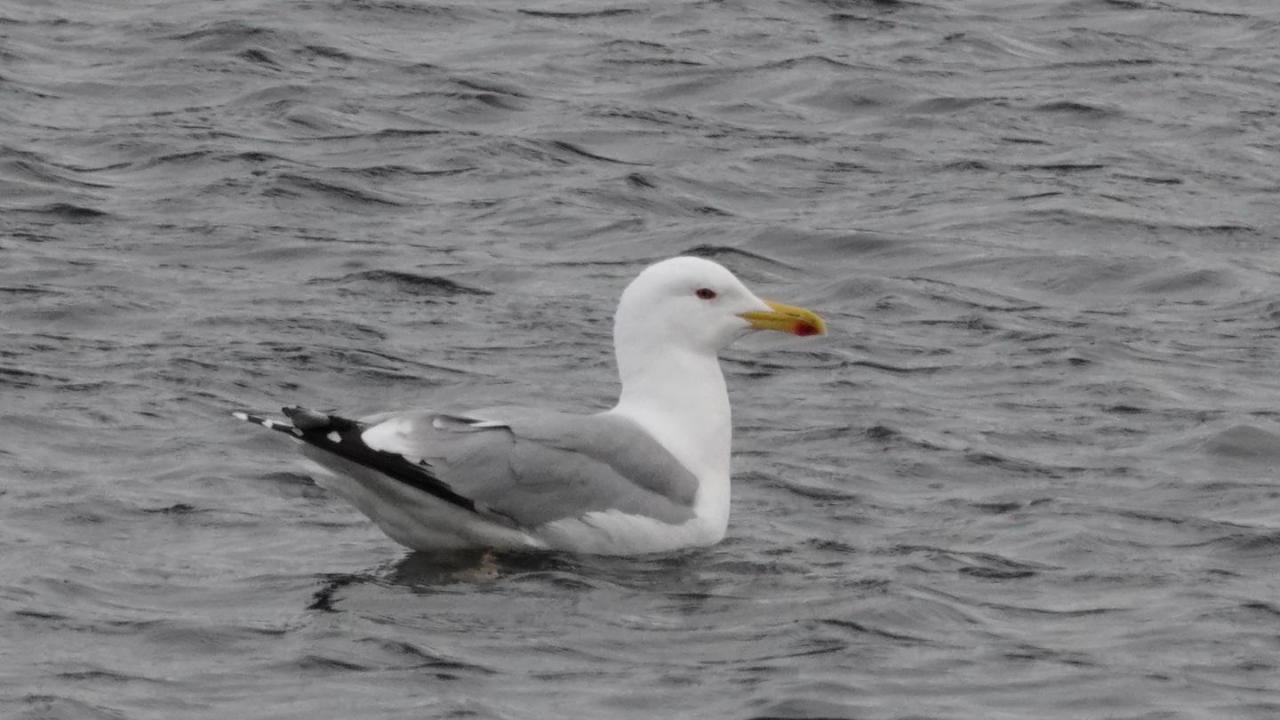 The Caspian Gull used to be treated as a subspecies of the Yellow-legged Gull but it is now treated as a full species.
This species can be found in eastern Europe, the Middle East, north-west Africa and central Asia.
It is resident in much of the Black Sea and Caspian Sea.
Small numbers are sometimes seen in western Europe, including the Netherlands.

Structurally, Caspian Gull has a long and slender body (with a high breast), a usually long, parallel shaped bill without a clear gonysangle, a sloping forehead and strikingly long, thin legs.
Yellow-legged Gull is more heavily built with a more squarish head, a deeper breast and has an on average heavier bill with a larger and clearer gonysangle than even Herring Gull.
The eyes of the Caspian Gull are much smaller and often dark and the legs vary from pale pink to a pale yellowish colour (like on the photos).