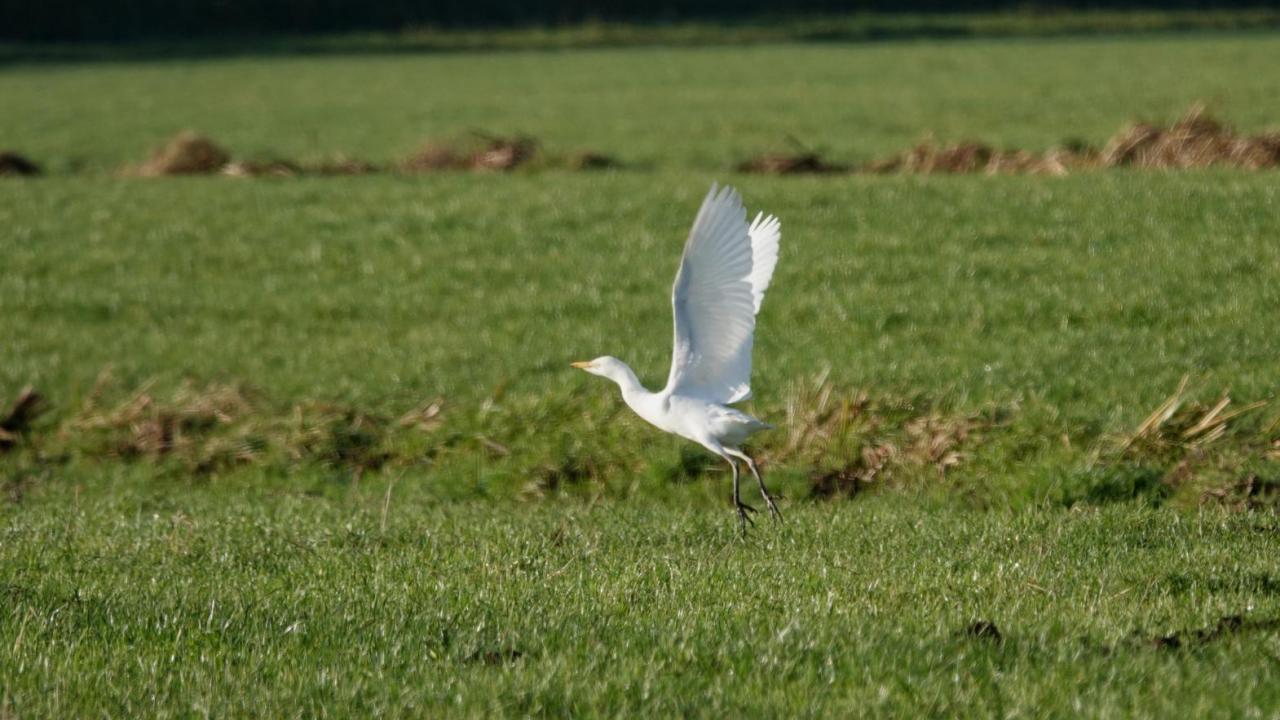 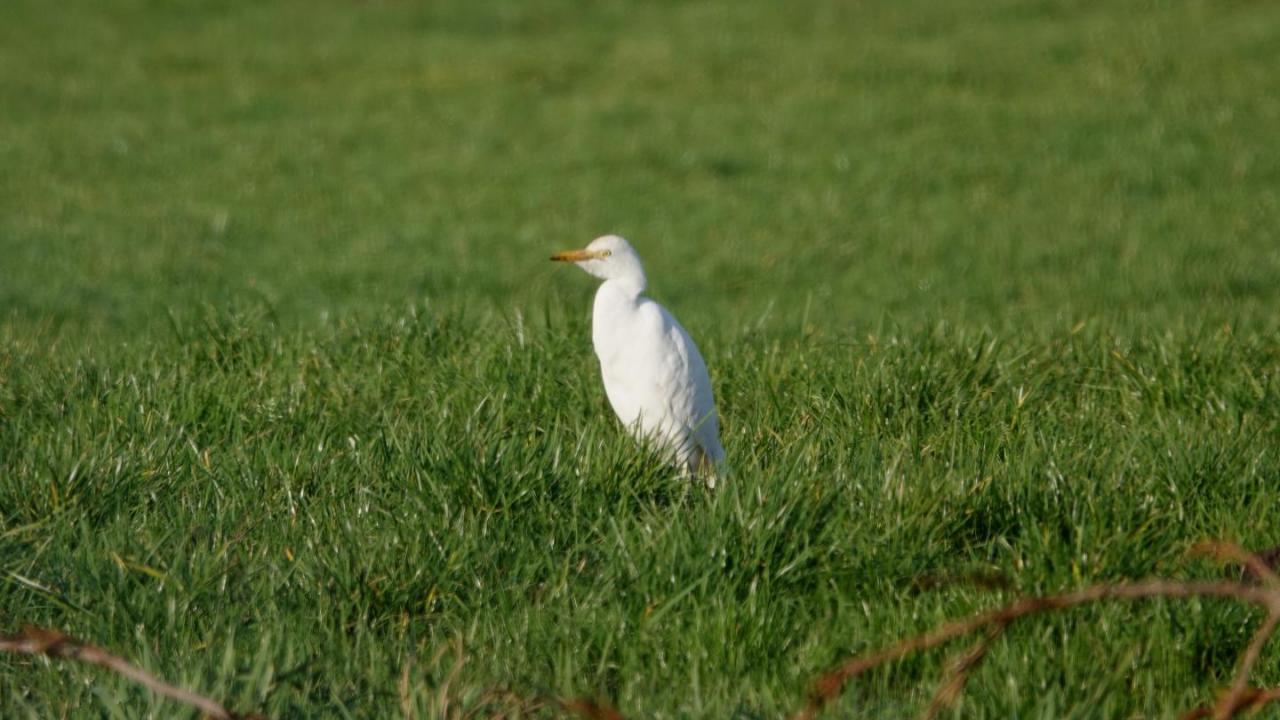 The Cattle Egret (45-52 cm long) is a relatively small, compact, active white heron with a short, often retracted neck.
Outside the breeding season, the bird is uniformly white, with a yellow beak and yellow-gray legs.
In the breeding season, the Cattle Egret has a characteristic breeding plumage: it has orange feathers on the head, breast and back and the beak turns a little more orange-yellow.
The sexes are similar, but the male is marginally larger and has slightly longer breeding plumes than the female.
Juvenile birds lack coloured plumes and have a black bill.

The bird owes its name to the fact that it often accompanies cattle on the pasture in groups.
Grazing livestock often chases insects, frogs, mice and other small animals from their shelter that the bird likes to eat.
They also often stand on the back of grazing mammals.

Originally native to parts of southern Spain and Portugal, Africa and Asia, the Cattle Egret inhabited wetlands, cultivated land and grasslands there.
The bird has spread across southwest Europe and Asia since the early 1900s and also crossed the Atlantic Ocean in the 1930s, where it spread accross the entire continent in both south and north direction.

The Cattle Egret is a rare bird in the Netherlands.