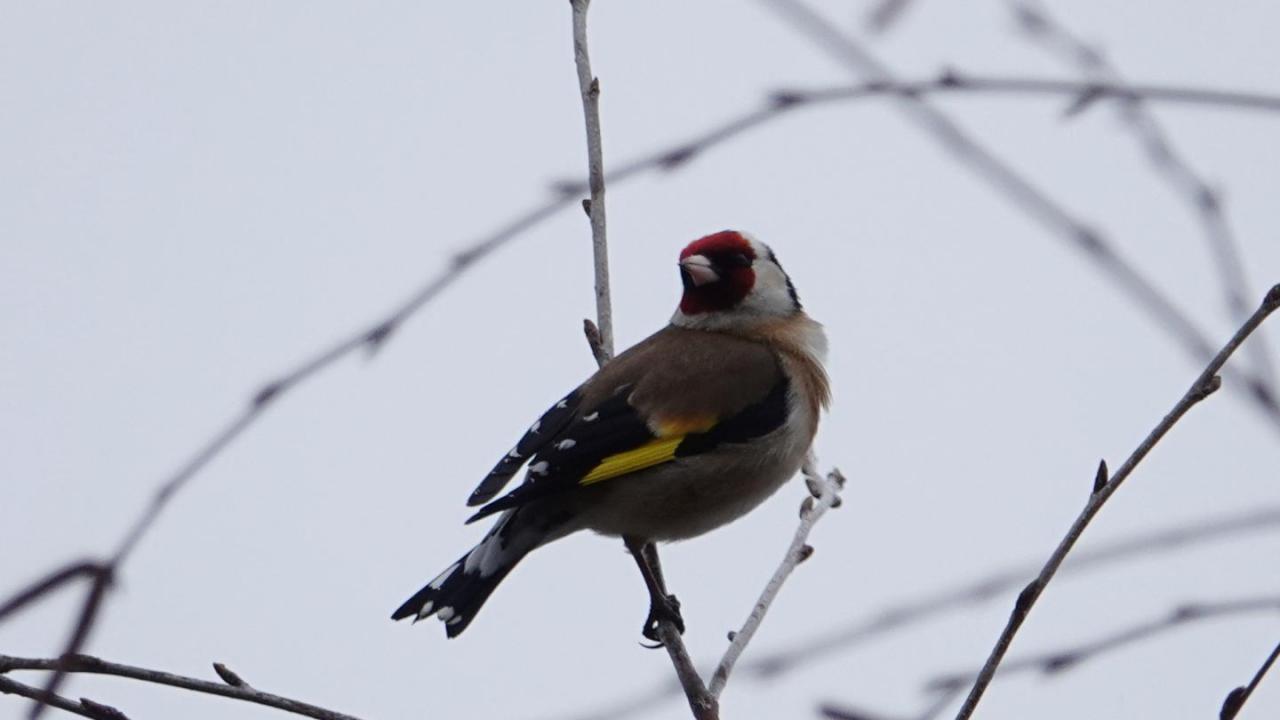 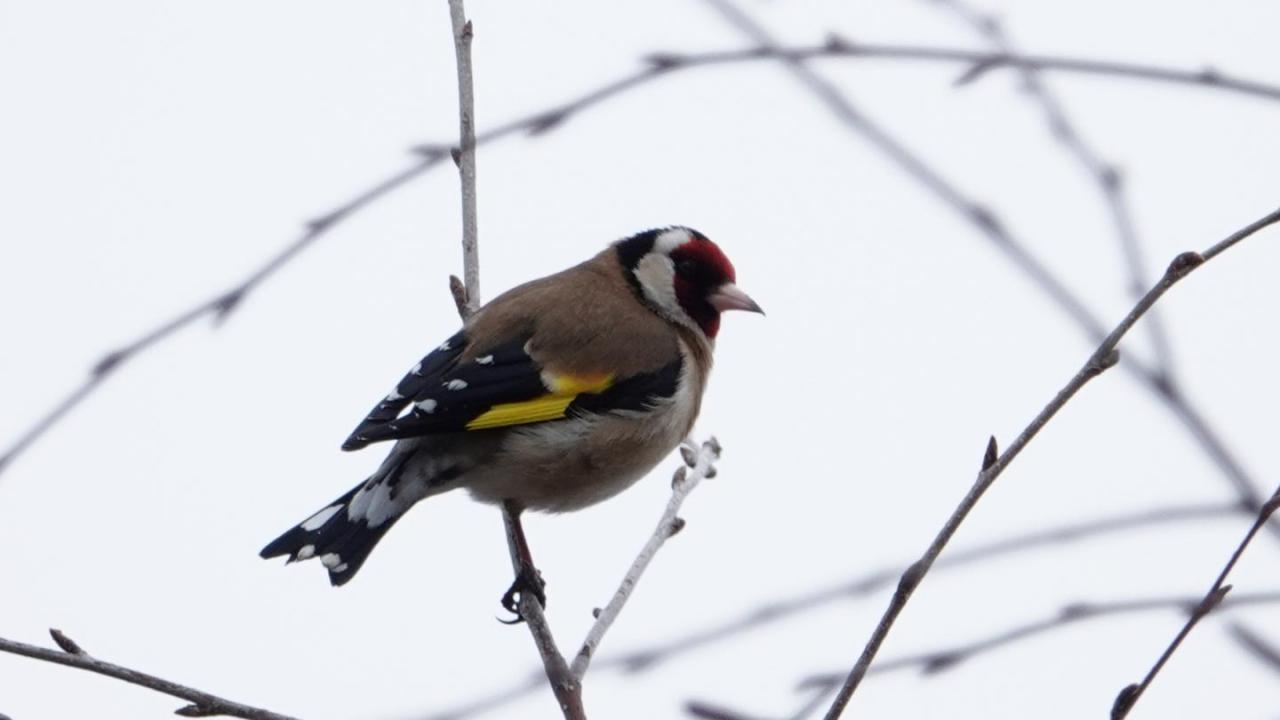 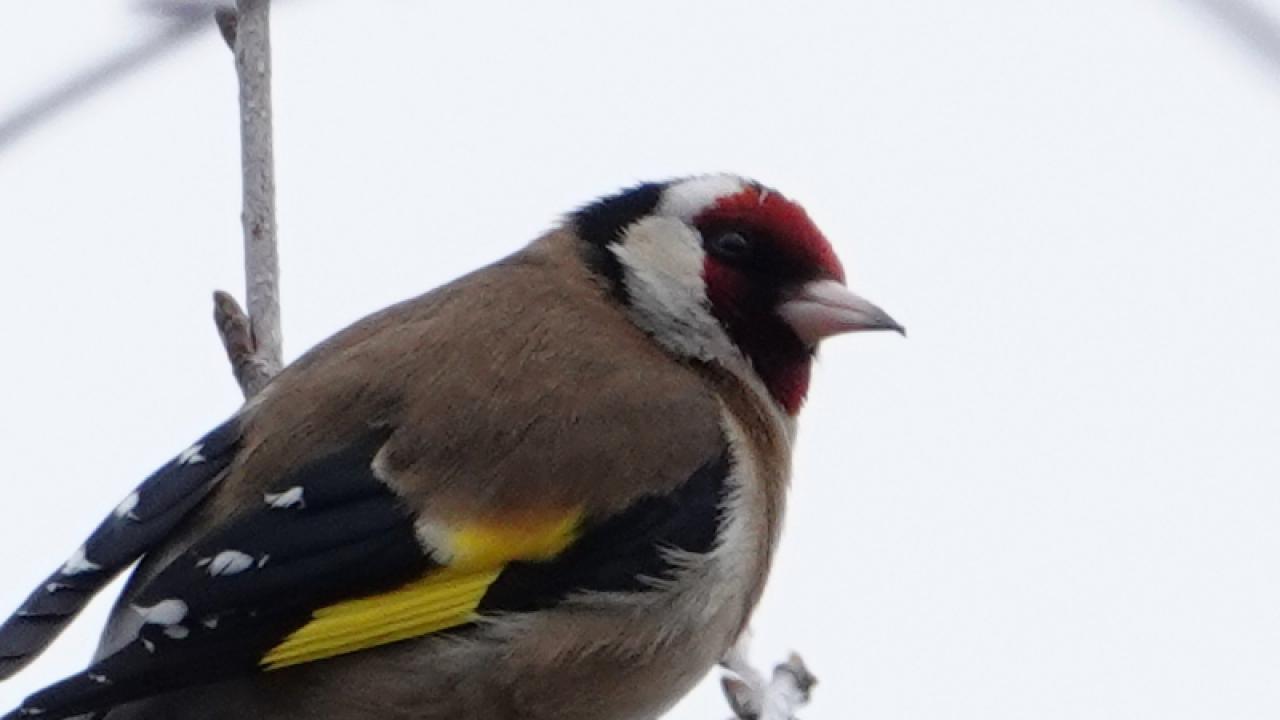 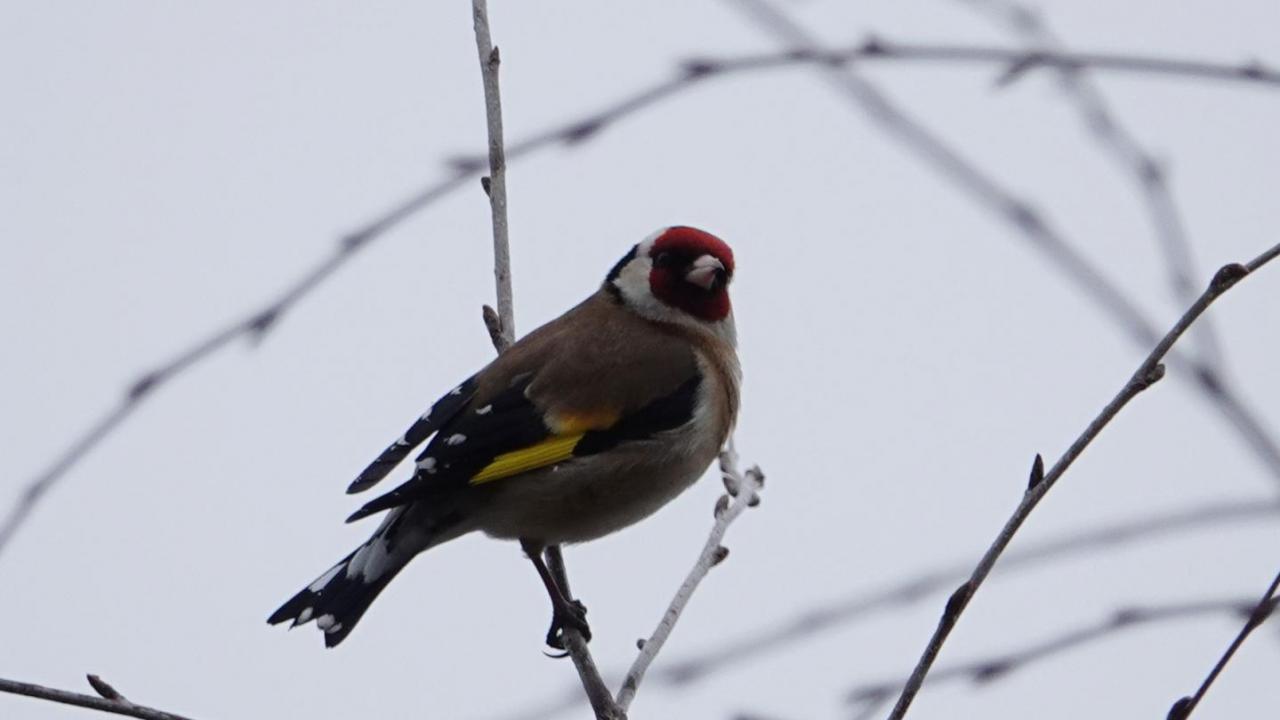 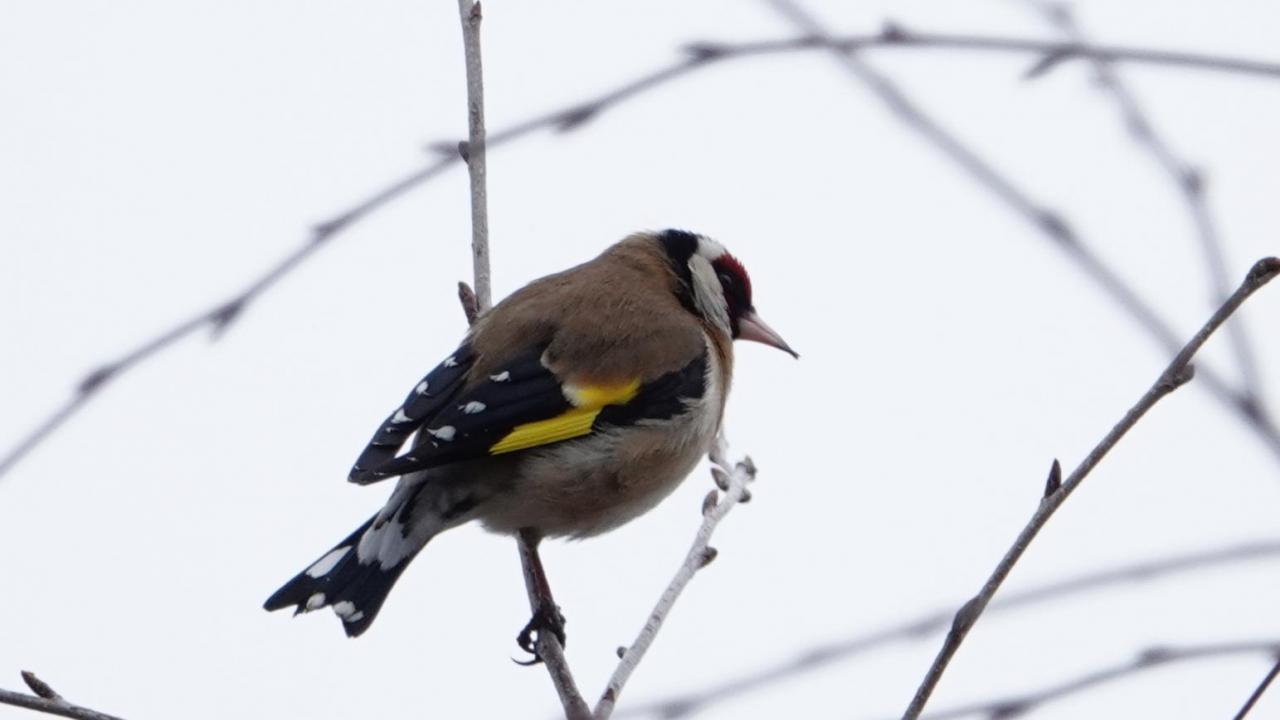 The European Goldfinch is a widespread species in Europe, central Asia and northern Africa.
Sociable, often breeding in loose colonies, they have a delightful liquid twittering song and call.
Their long fine beaks allow them to extract otherwise inaccessible seeds from thistles and teasels.
There are at least fourteen subspecies of European goldfinch, and they are divided into two groups.
The first group, the carduelis subspecies, live mostly in Western Europe and some areas of North Africa; these goldfinches are recognizable because the top of their heads are black.
The second group, the caniceps subspecies, live mostly in Western Asia and they have grey crowns.

It is difficult to tell a male from a female. However, there are subtile differences.
The male's face tends to have a larger area of intense red color which extends behind the eye while the red color in the female's face doesn’t quite reach the back of the eye.
In addition, adult males have on average a bigger red patch below the bill.
Juveniles are much duller than adults and lack the red face.
Their head is greyish-white and finely streaked with brown.
Their mantel is olive-brown streaked with dark grey and the sides of the breast and flanks are buff-spotted grey.