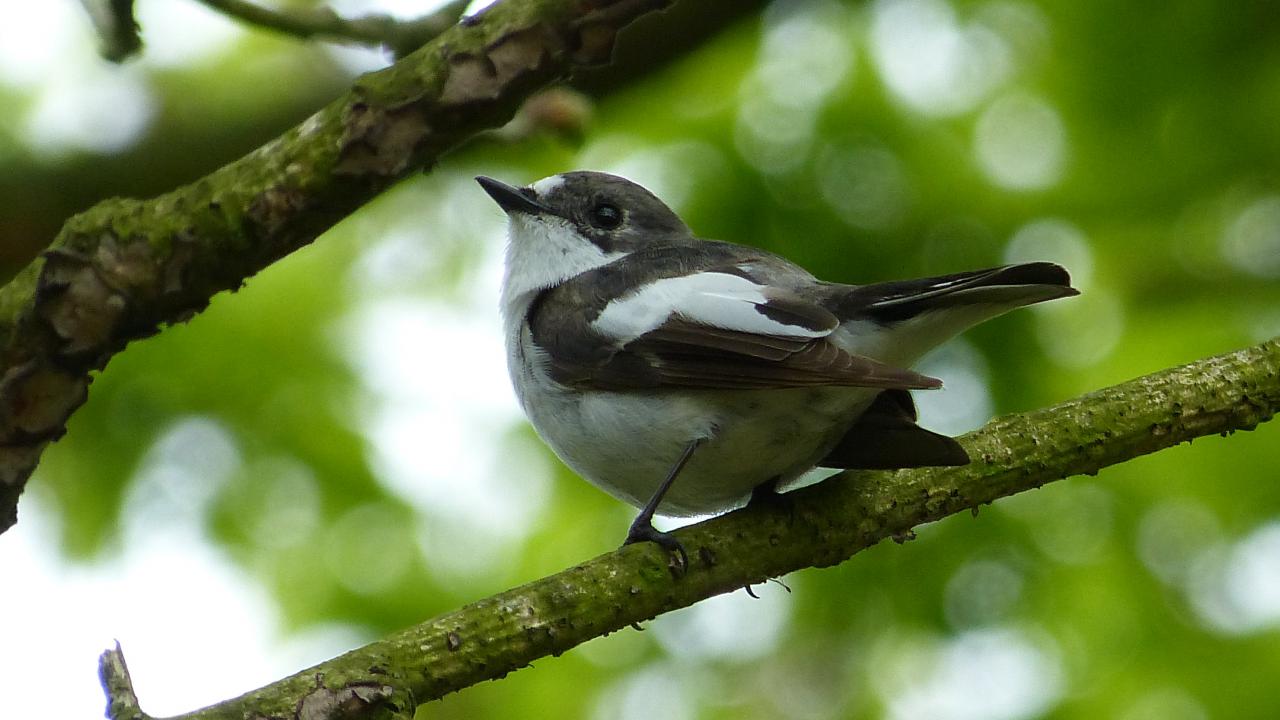 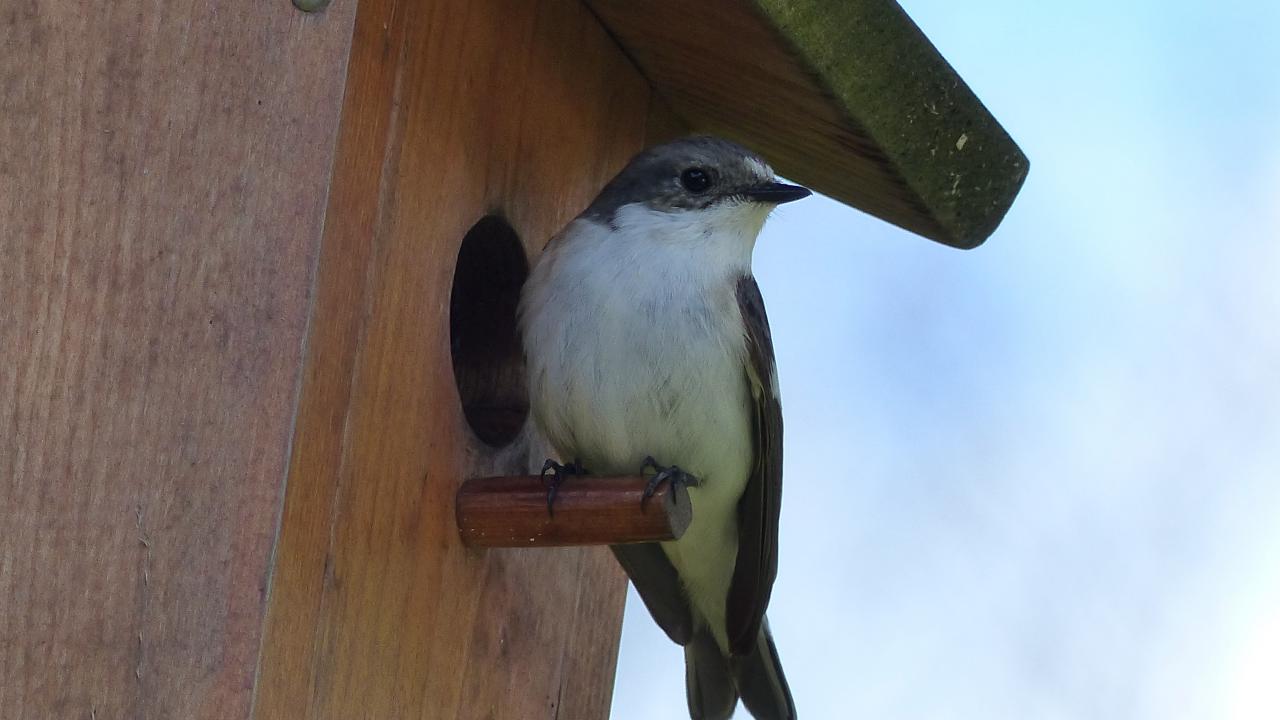 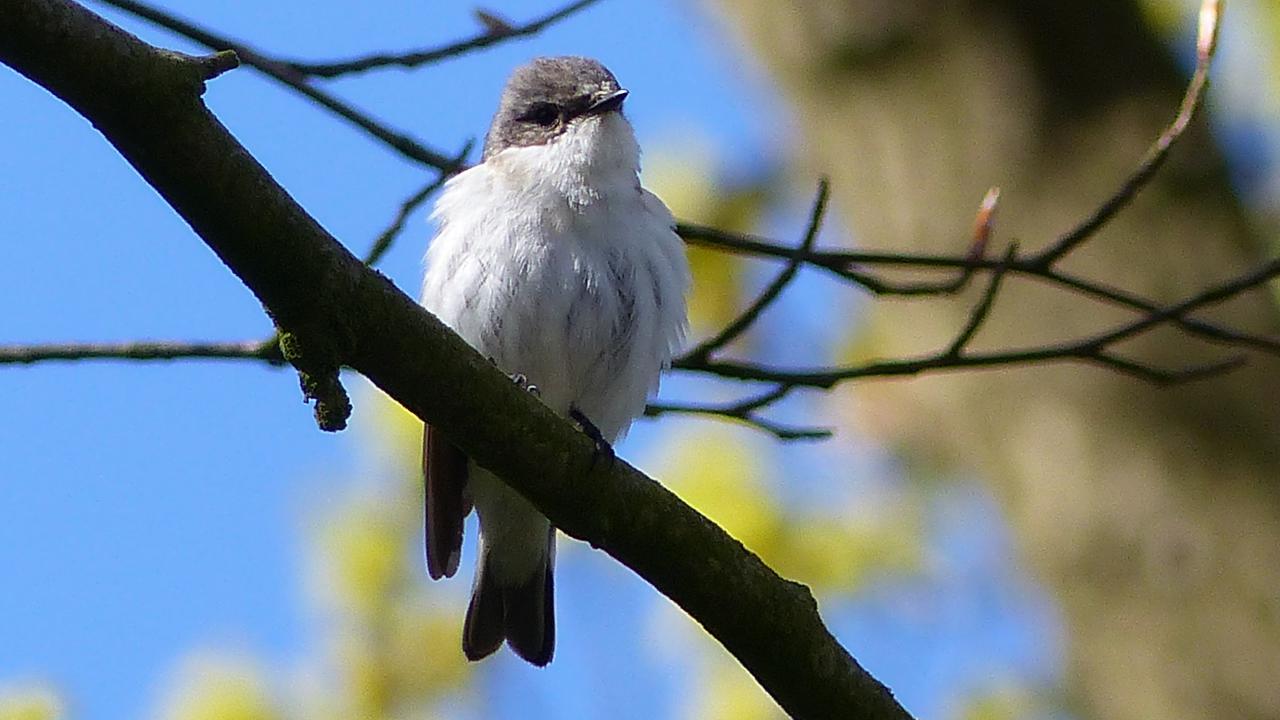 The breeding male (12–13.5 cm) is mainly black above and white below, with a large white wing patch, white tail sides and a small forehead patch.
Non-breeding males, females and juveniles have the black replaced by a pale brown.
The bill has the broad but pointed shape typical of aerial insectivores.
As well as taking insects in flight, this species hunts caterpillars amongst the oak foliage, and will eat berries.