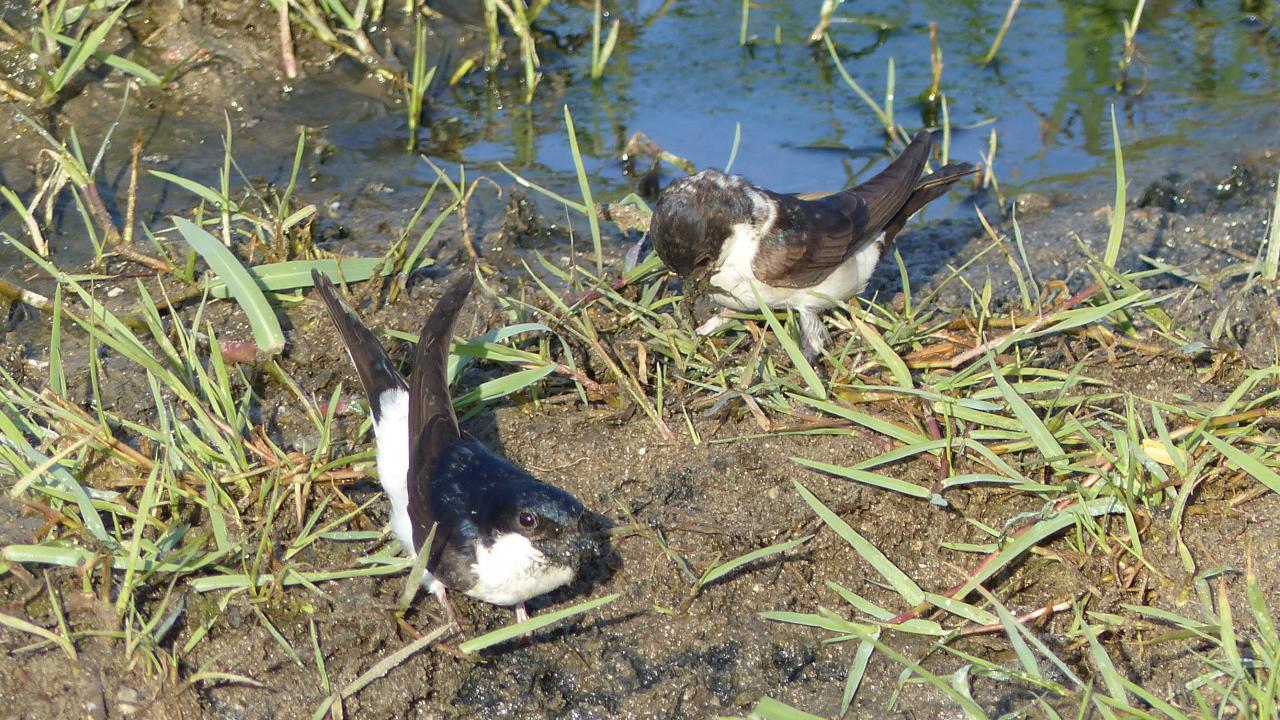 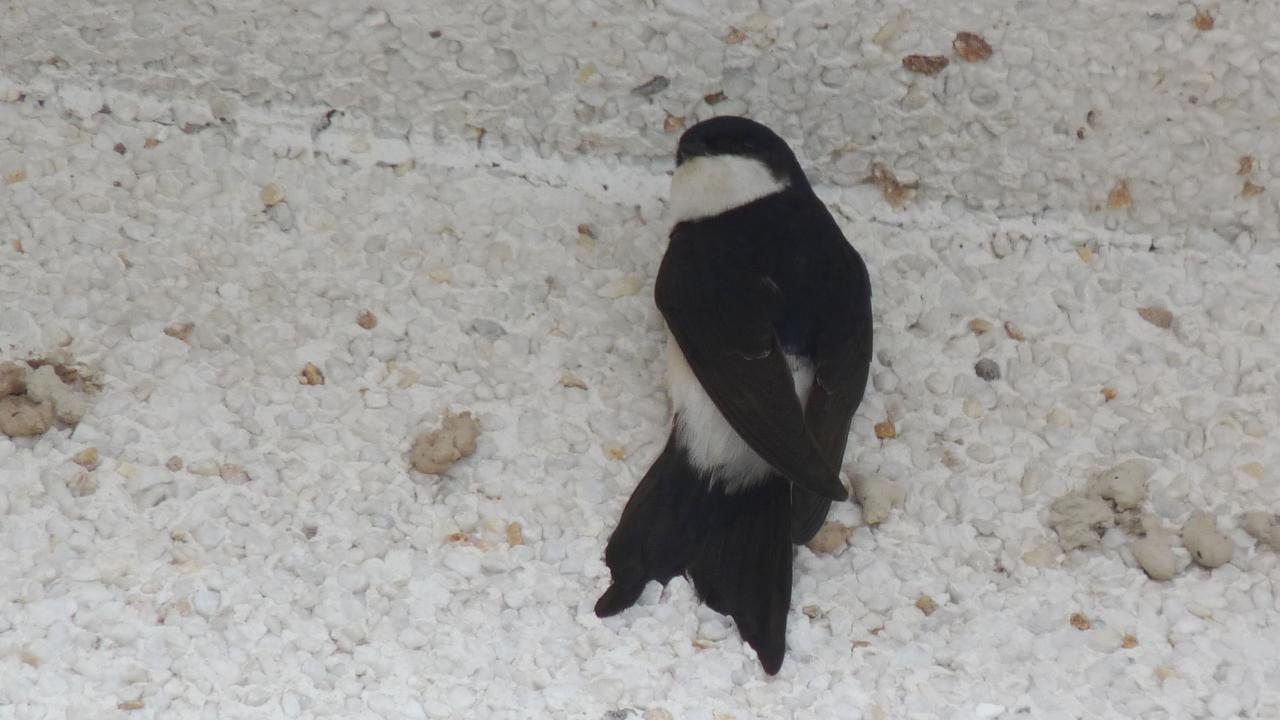 House Martins build nests on outer walls of buildings under the eaves. Sometimes they can be found inside roofs or in sheds. They are colonial nesters, with an average group size of four to five nests, although large colonies with groups of tens or even hundreds of nests are sometimes reported. Town colonies tend to be smaller than countryside ones. The breeding season runs from May to August when insects are abundant, but some chicks are still in the nest in September. The nest is made of pellets of mud mixed with grass, lined with feathers and vegetable fibre. A new nest is completed in one to two weeks, while repairs to an existing one normally take only a few days.