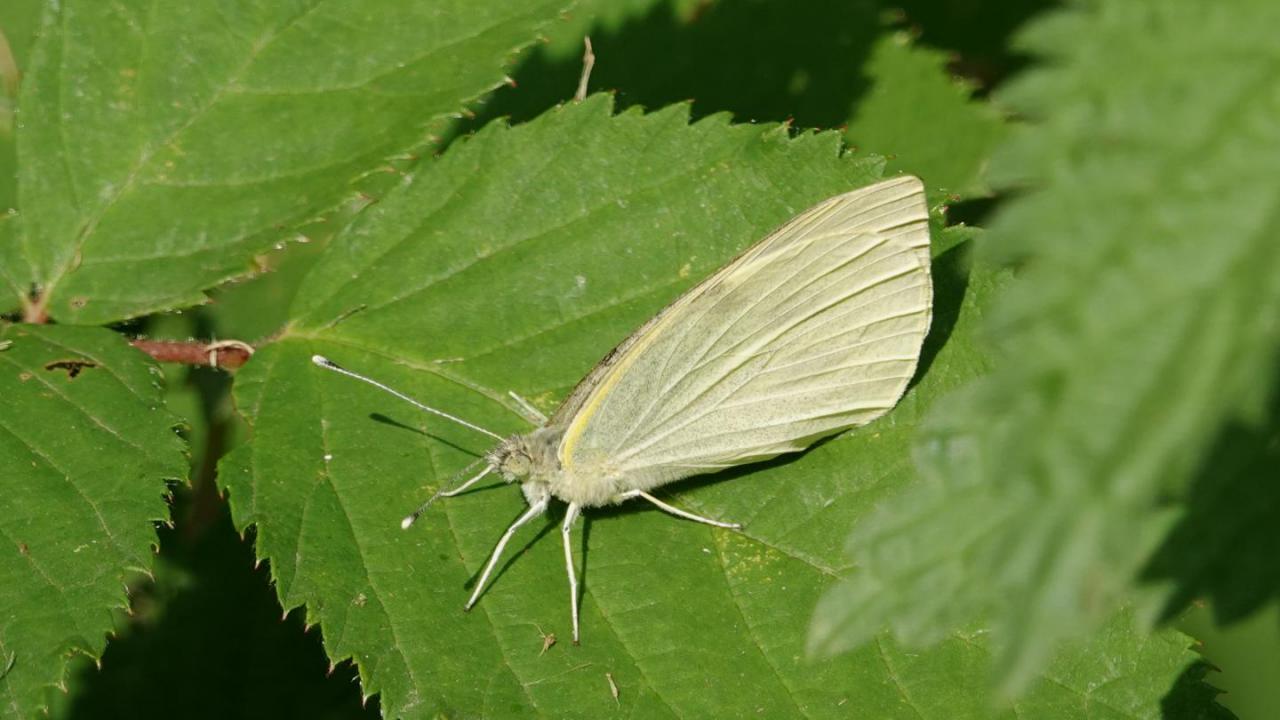 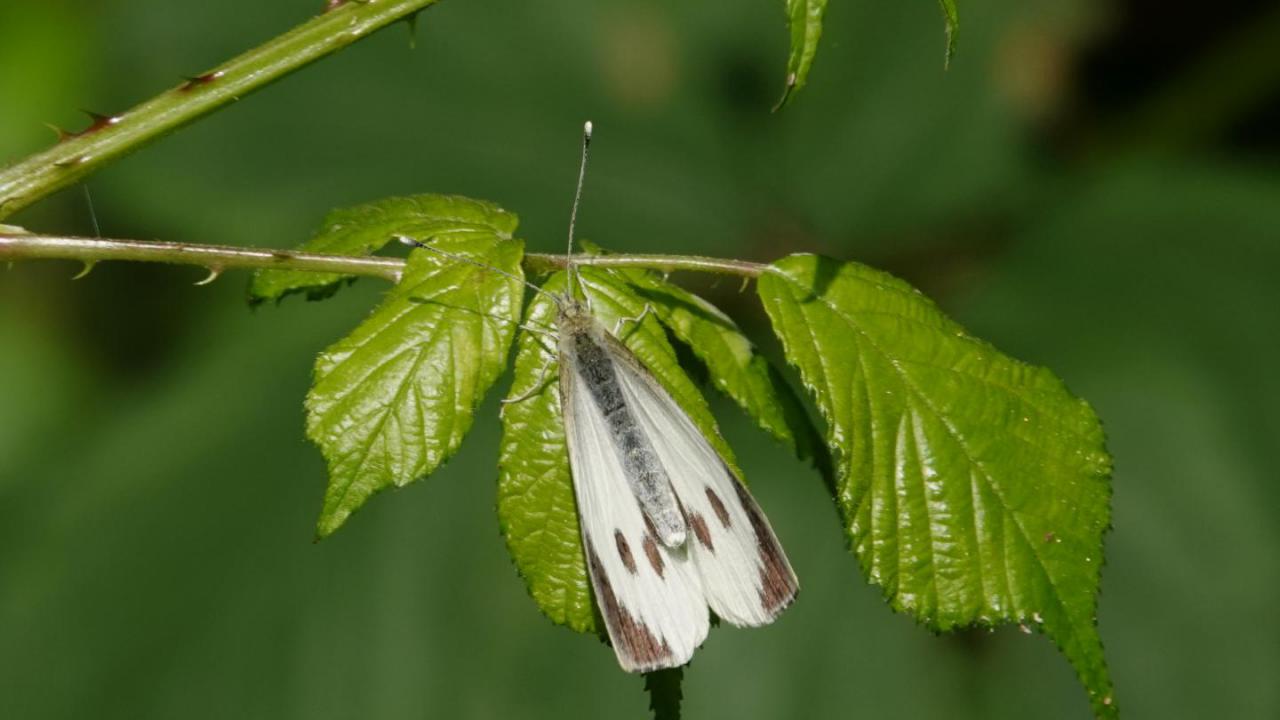 As with the Small Whites, Southern Small Whites and Green-veined Whites (Pieris napi), males have a single spot (often no spot at all) on the upperwing while females have two.