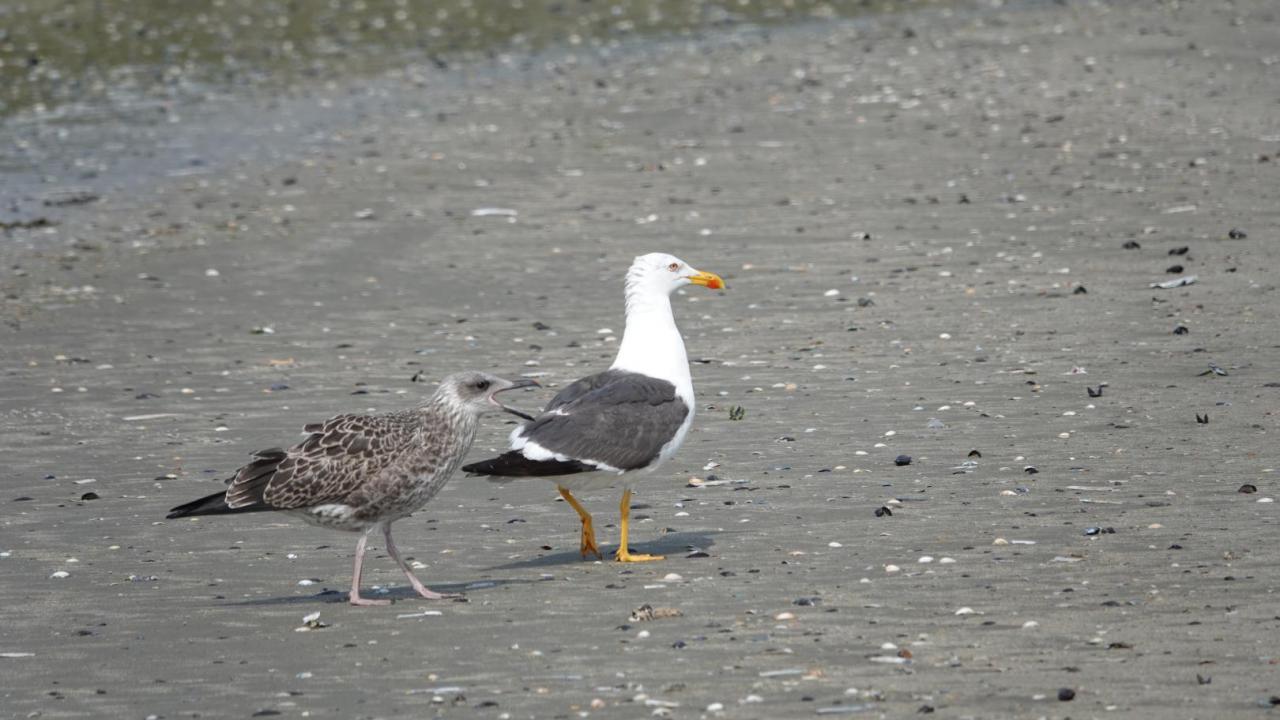 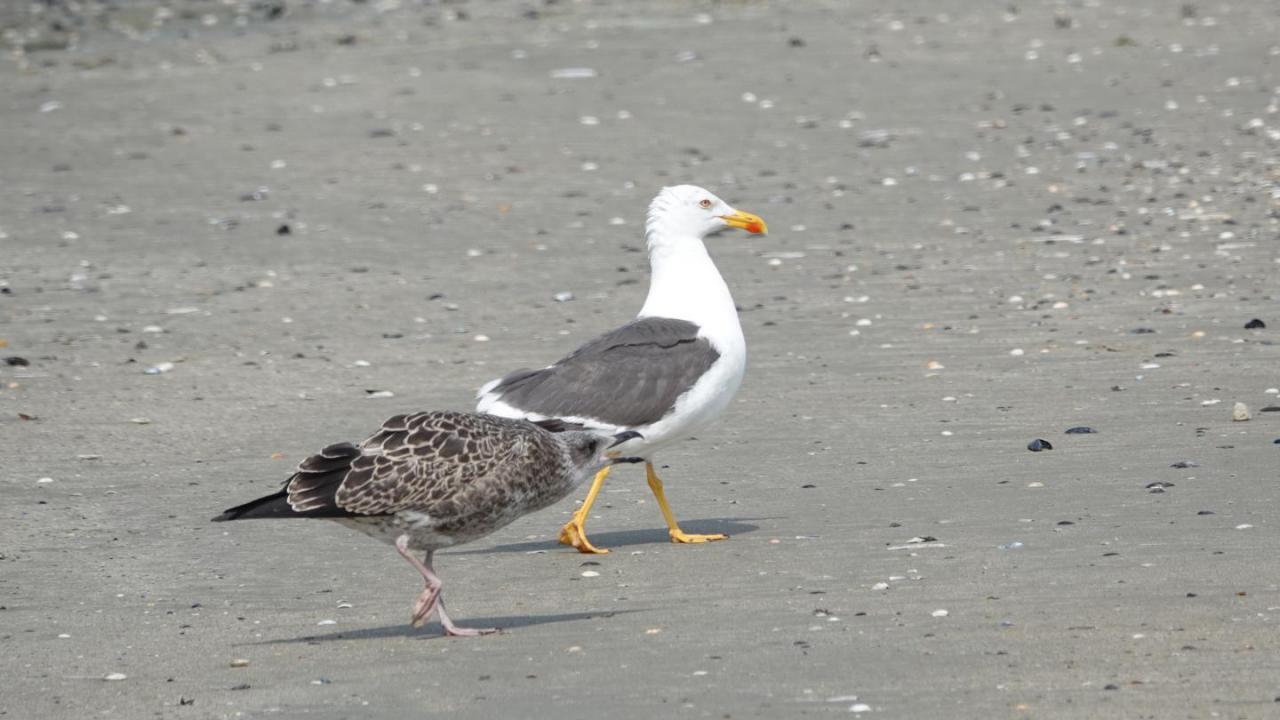 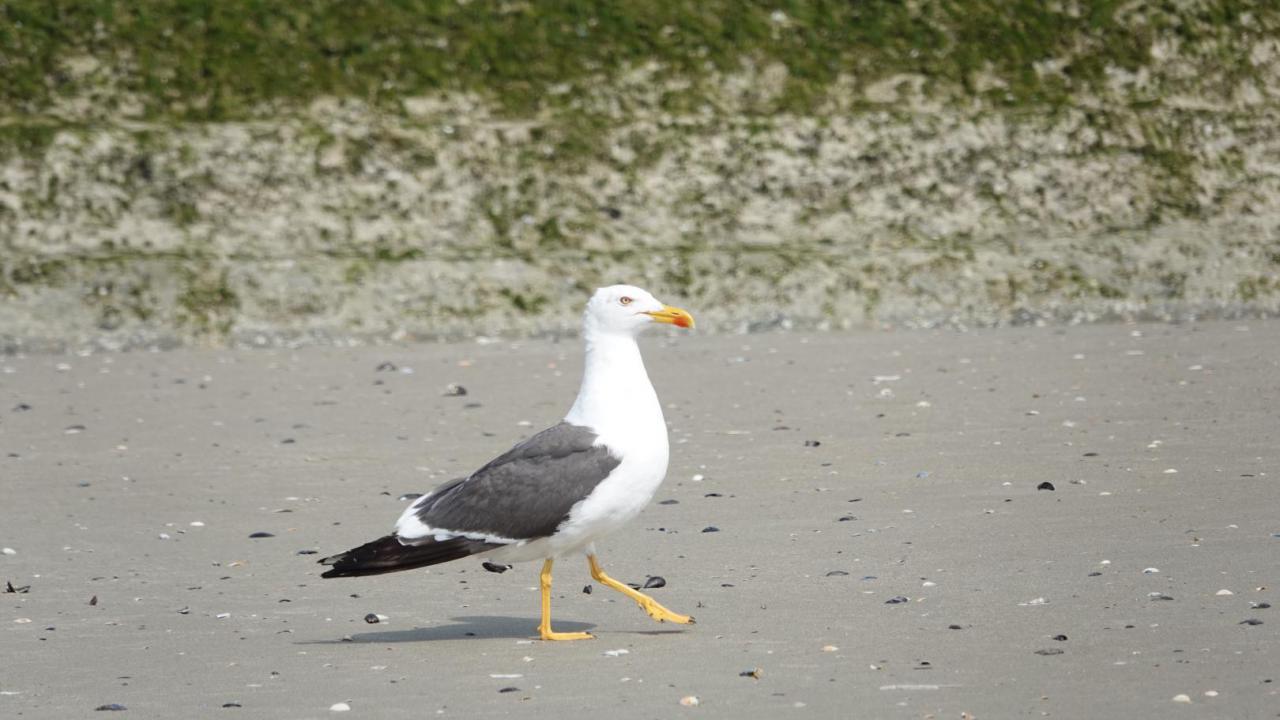 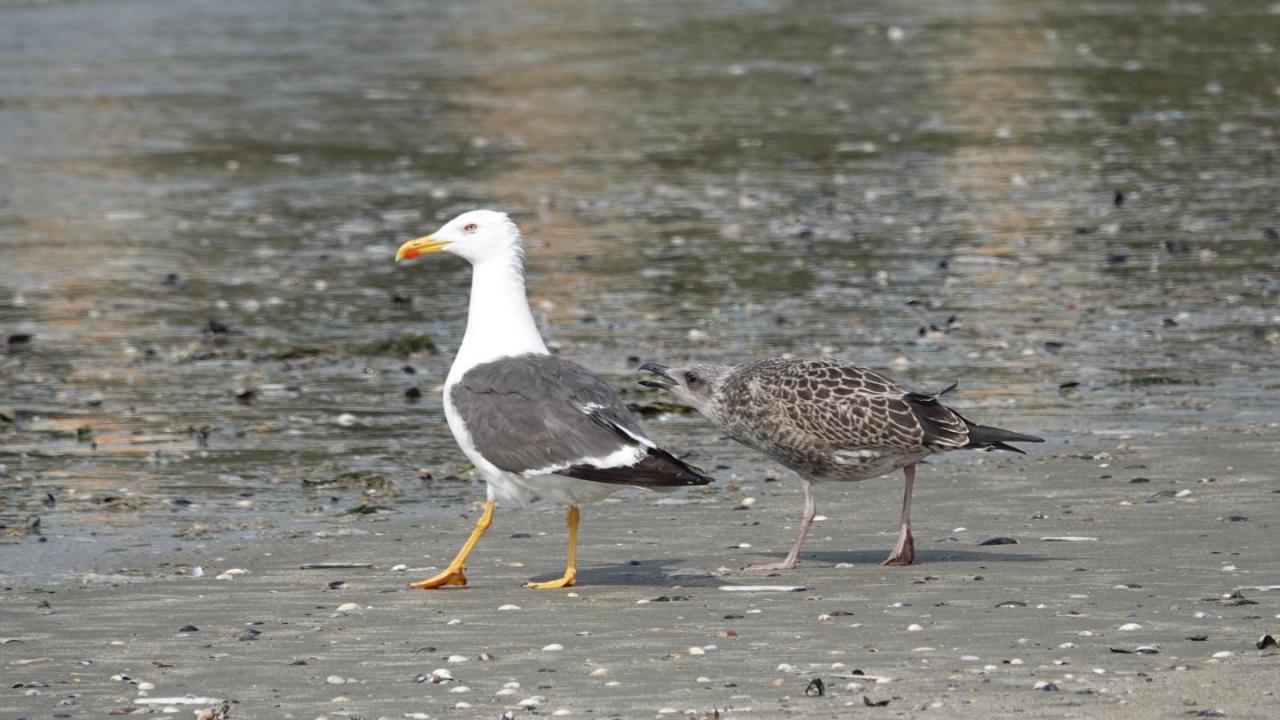 Slightly smaller than the European Herring Gull, the Lesser Black-backed Gull has a dark grey to black back and wings, yellow bill and yellow legs.
The similar looking but larger Great Black-backed Gull is easily identified by its pink legs.

As a rule, adult gulls attain their adult plumage and reach sexual maturity in two to five years, depending on the species.
Juvenile gulls do not look like their parents, but instead have a distinctive streaked brown plumage.
Over the years their plumage changes from brown to, usually, white or white-blue.
In general, males average larger than females and have slightly to distinctly bigger bills and larger heads.
The Lesser Black-backed Gull attains adult plumage at an average age of four years.