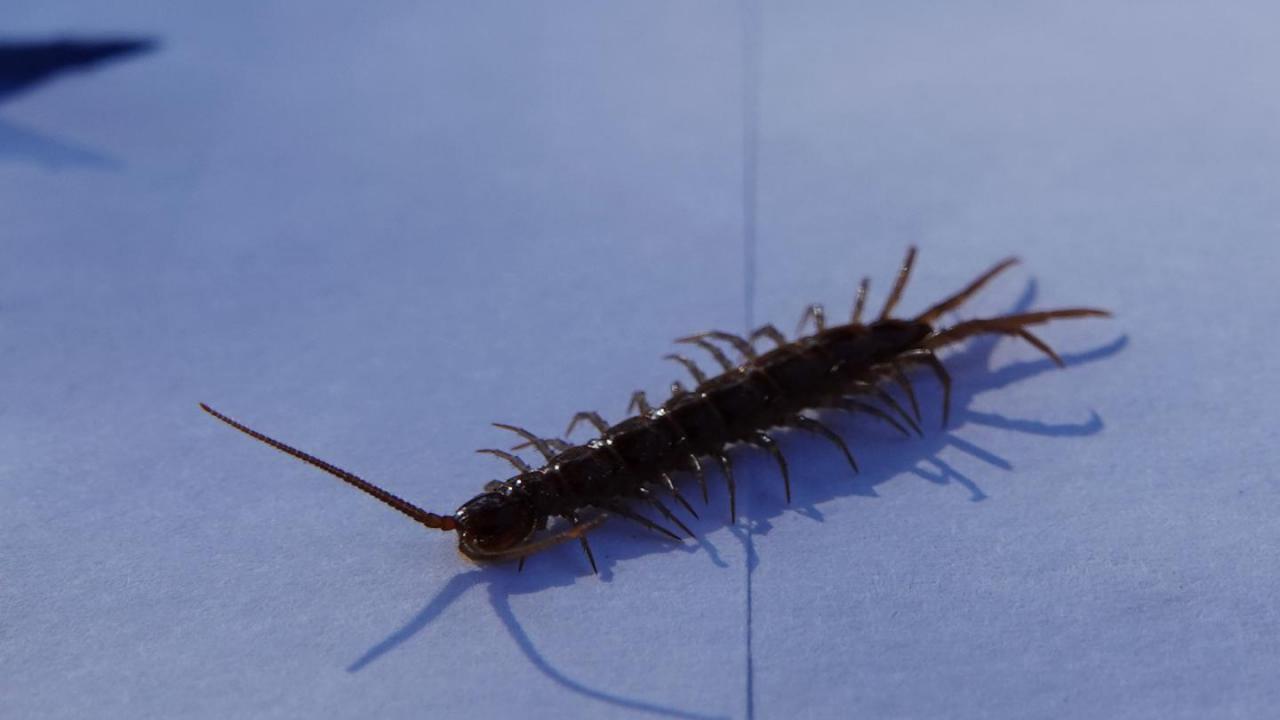 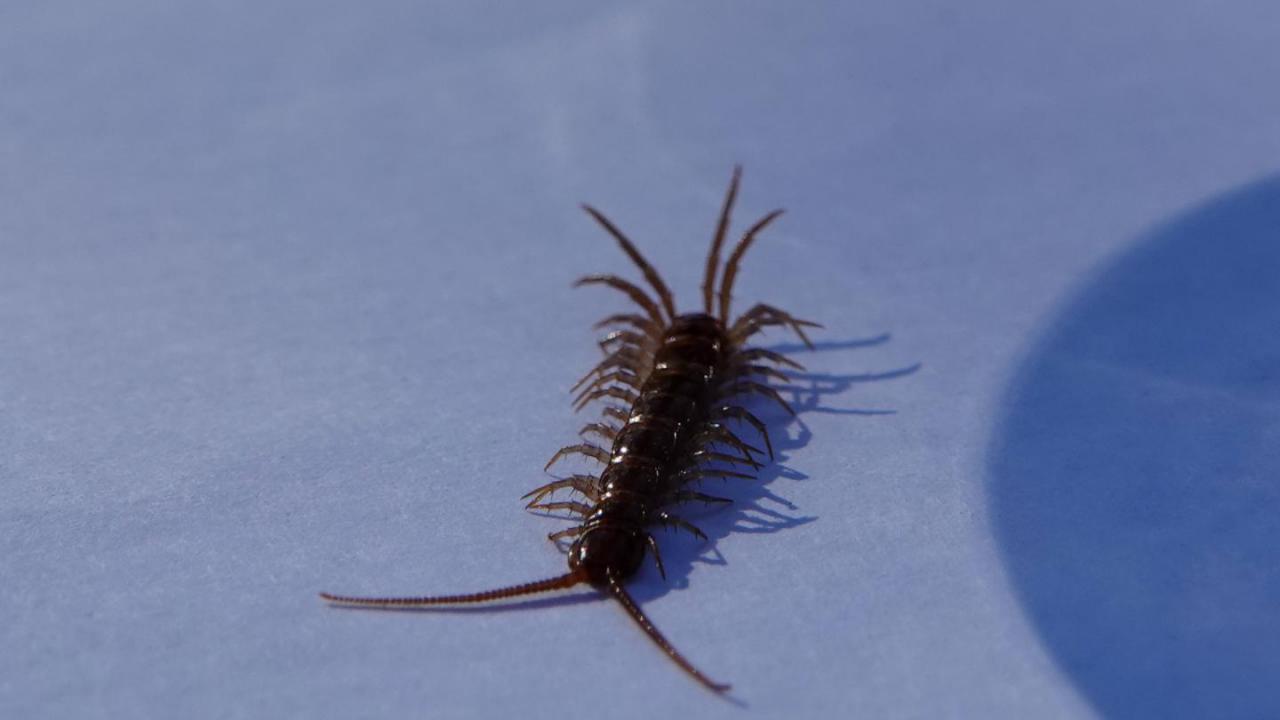 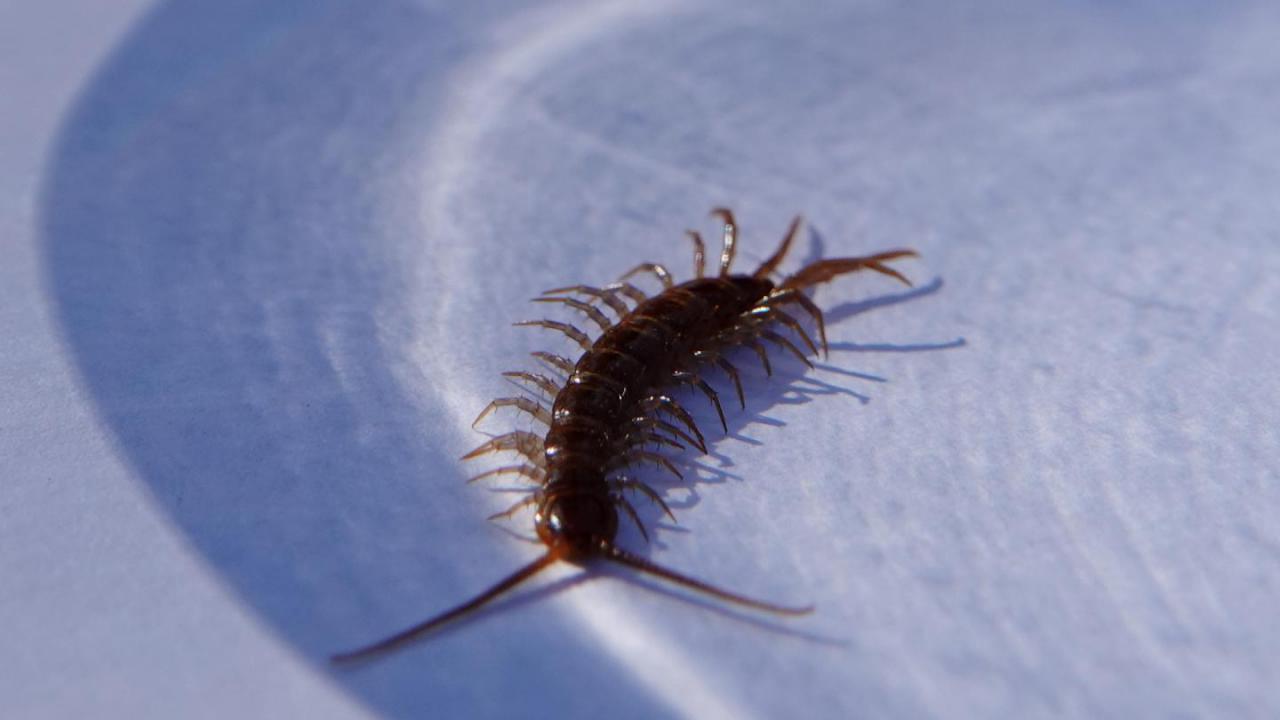 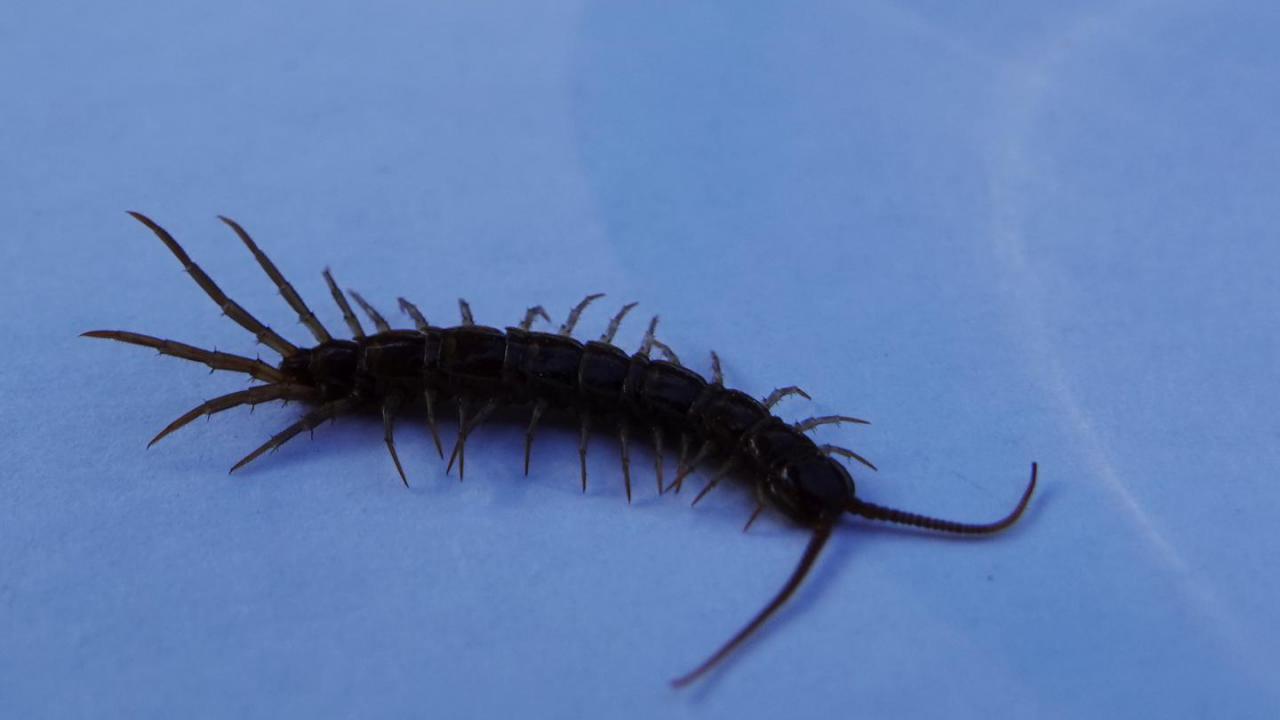 Lithobius forficatus, most commonly known as the Brown Centipede or Stone Centipede, is a common European centipede of the family Lithobiidae, although its distribution is not exclusive to Europe.
It is between 18 and 30 mm long and up to 4 mm broad and is a chestnut brown color.
Like most lithobius species, it is almost invariably nocturnal, and can only be found in day-time underneath stones and piles of dead leaves (where I found it).
This species can be fairly easily identified by its reaction to being revealed, which is to run extremely quickly for cover.
This is different from many of the other species of large lithobius species, which tend to be less extreme in their evasion behavior.
It is a predator, and its main diet consists of insects and invertebrates, including spiders, slugs, worms and flies.
Like most (or all) centipedes, it appears oblivious to the presence of food unless they happen to touch it with the base of the antenna.
It has specially-adapted front legs which have evolved to resemble 'fangs' and they contain venom that allows the centipede to overpower its prey.