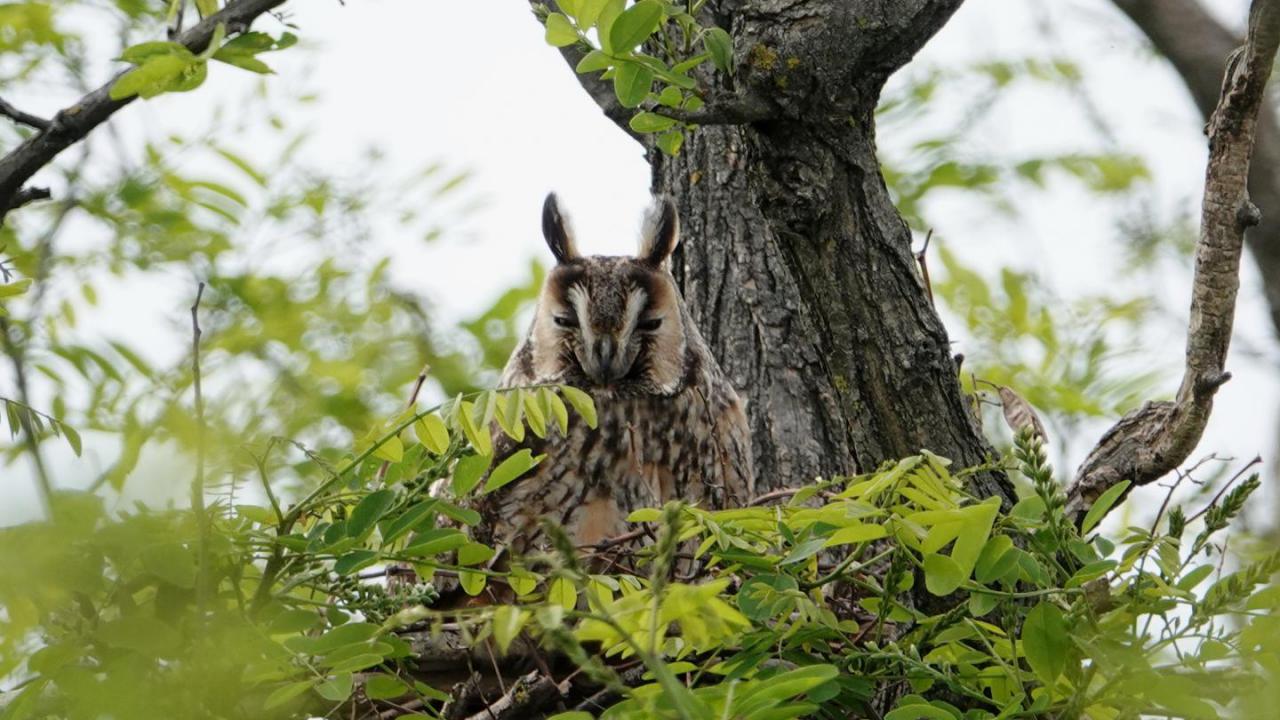 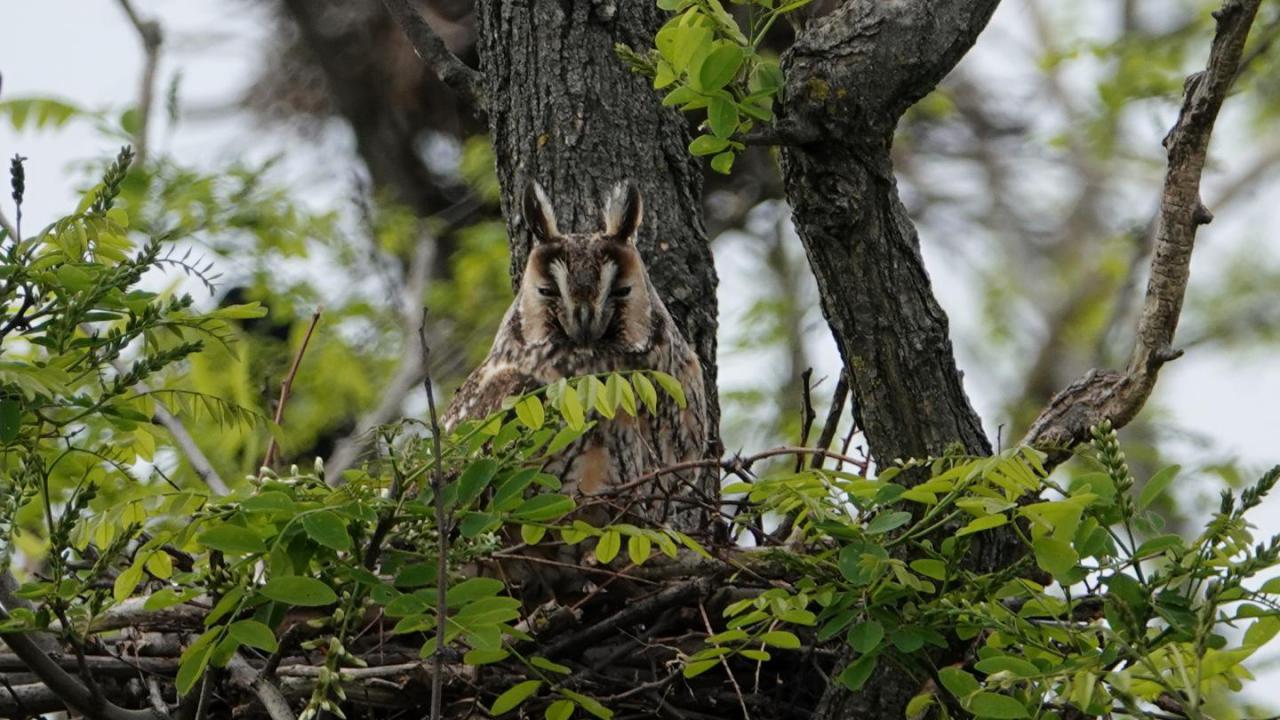 The ear-tufts of the Long-eared Owl are no ears but are used to make the owl appear larger to other owls while perched.
The female is larger in size and darker in coloration than the male.
White feathers form an characteristic "X" between the eyes.
An unusual characteristic of this species is that it roosts in groups called ‘owl parliaments’ in dense cover, often in conifers, during the winter months.

I found this Long-eared Owl sitting in a Rook's nest in the middle of a Rook colony!