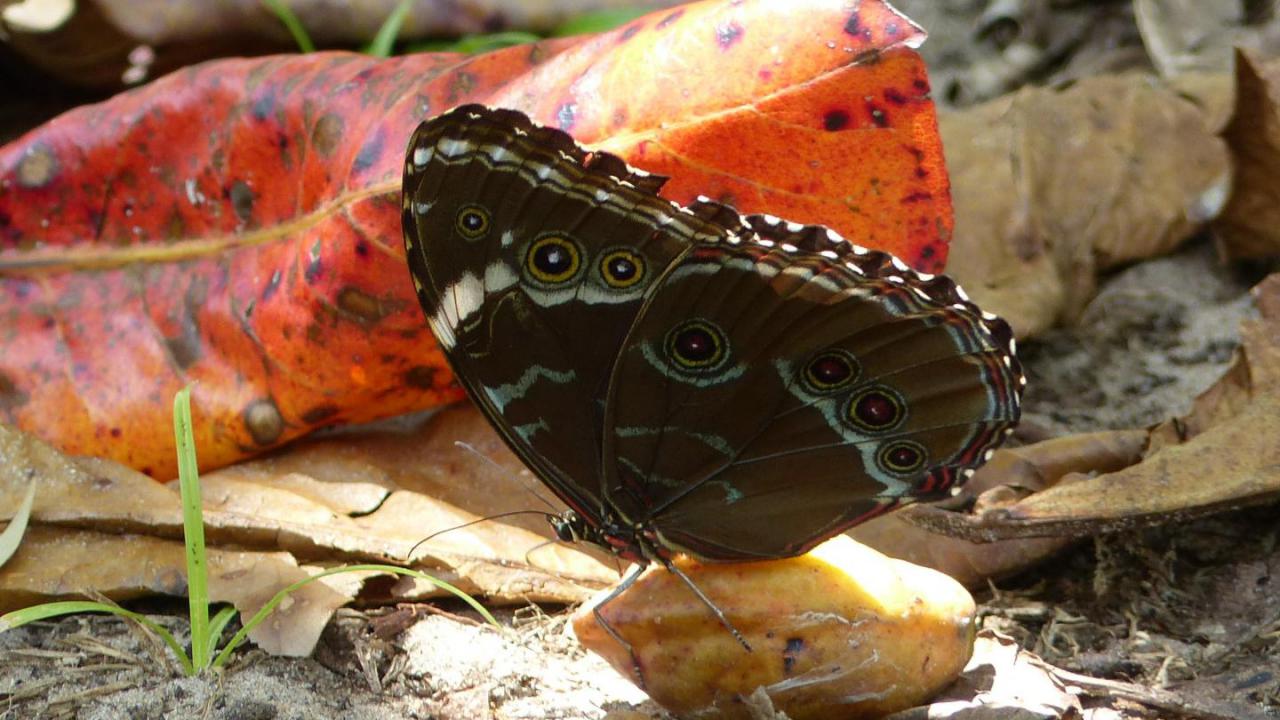 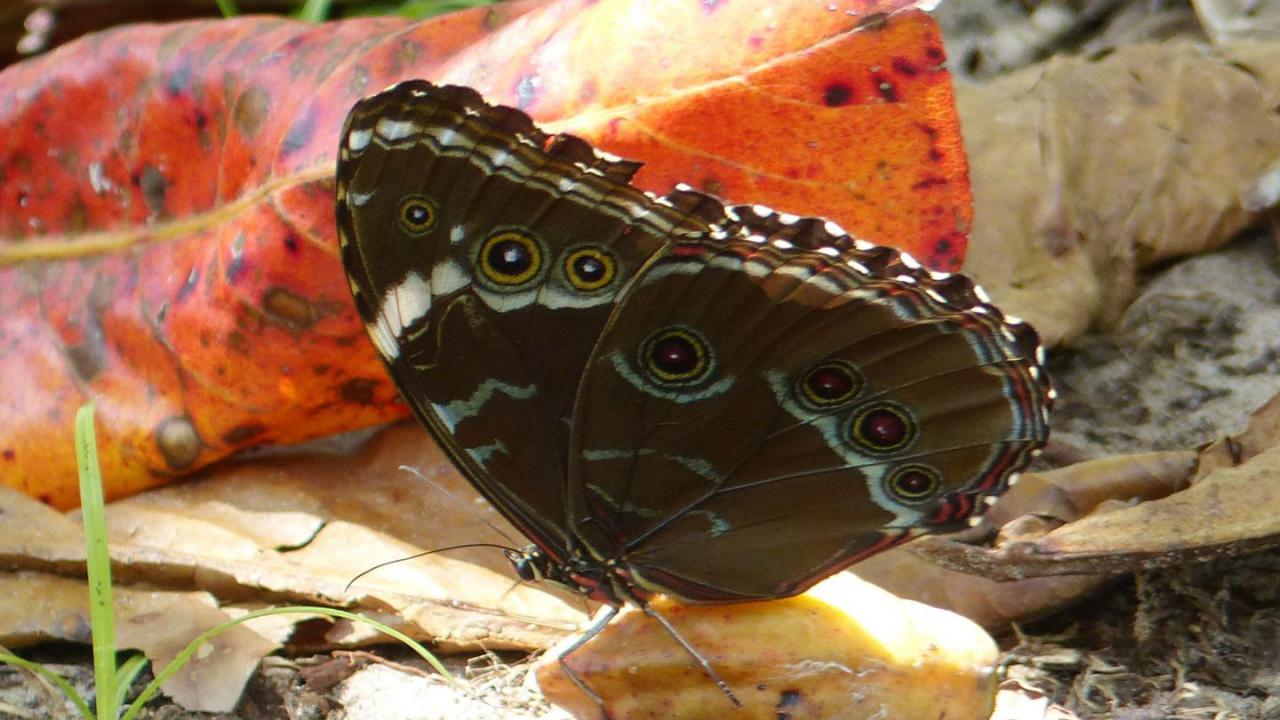 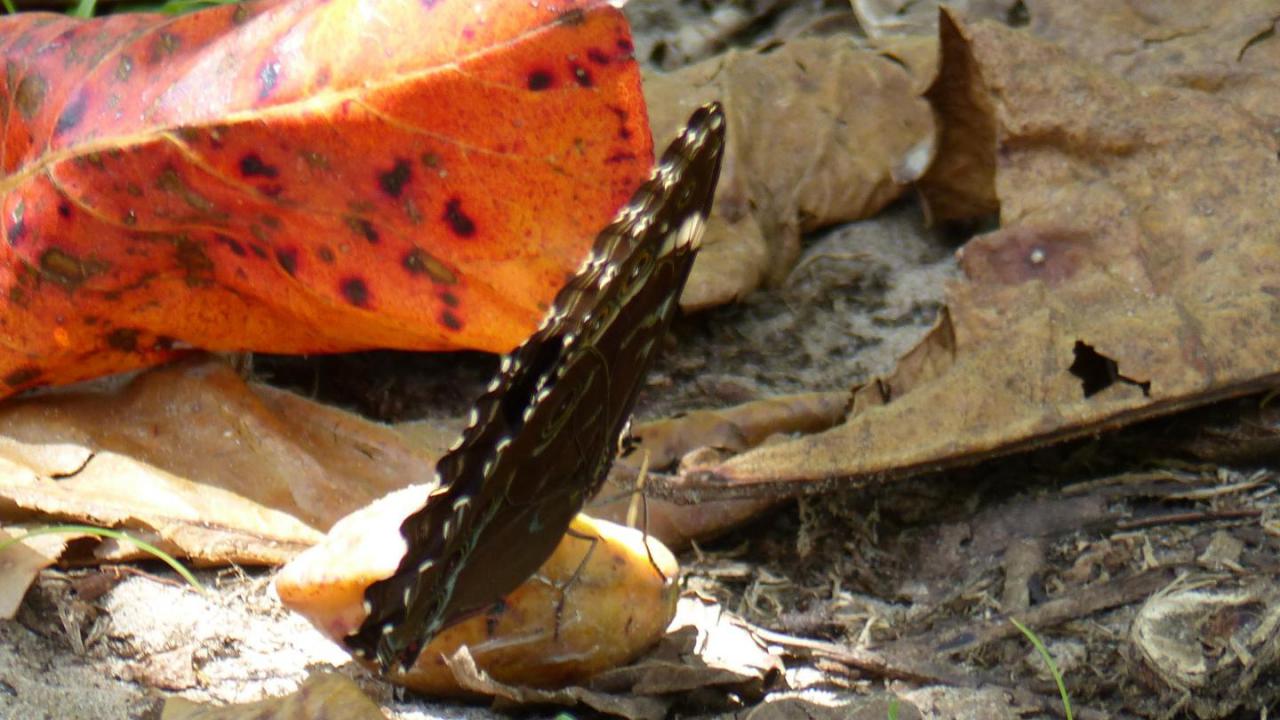 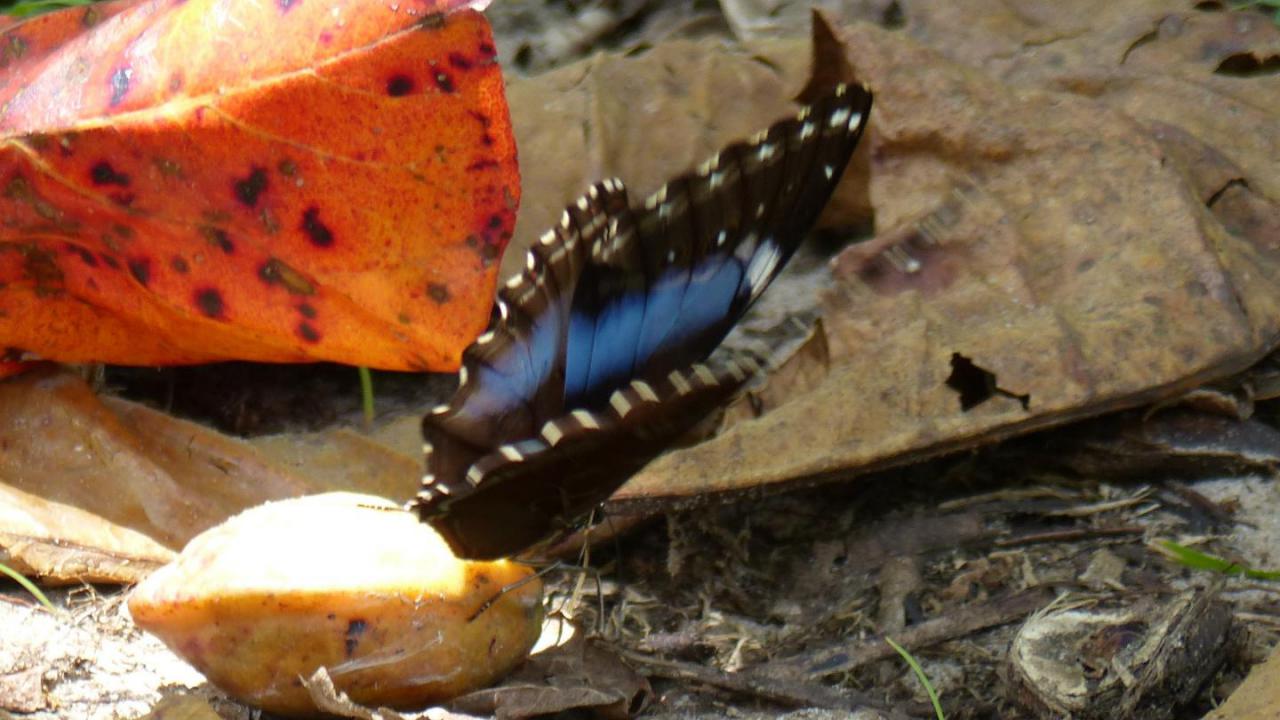 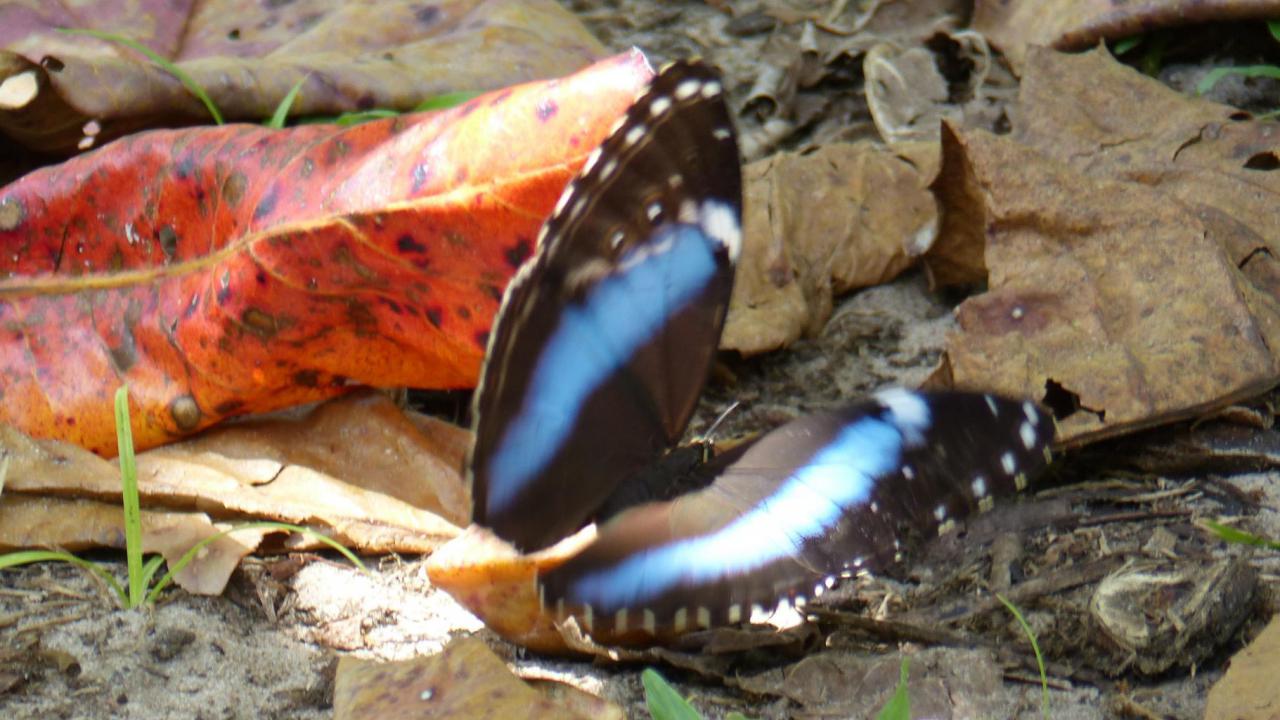 Morpho helenor, sometimes also called the Common Blue Morpho, is a neotropical butterfly found throughout Central America and south to Bolivia.
There are around 30 subspecies.
Morpho helenor (and its close relative Morpho achilles) are recognised by the broad vertical bands of brilliant blue on their uppersides, and by the distinctive white, black, yellow and red concentric rings which form the ocelli on their olive-brown underside hindwings.
The size of these ocelli, and the width of the blue bands on the upperside, varies considerably.
In flight, this species shows its very large shiny blue wings which follow a slow bouncy flight pattern.
In rest, however, it is so much less visible because of the dark brown underside of the wings.
This is the subspecies Morpho helenor helenor which occurs in Surinam.