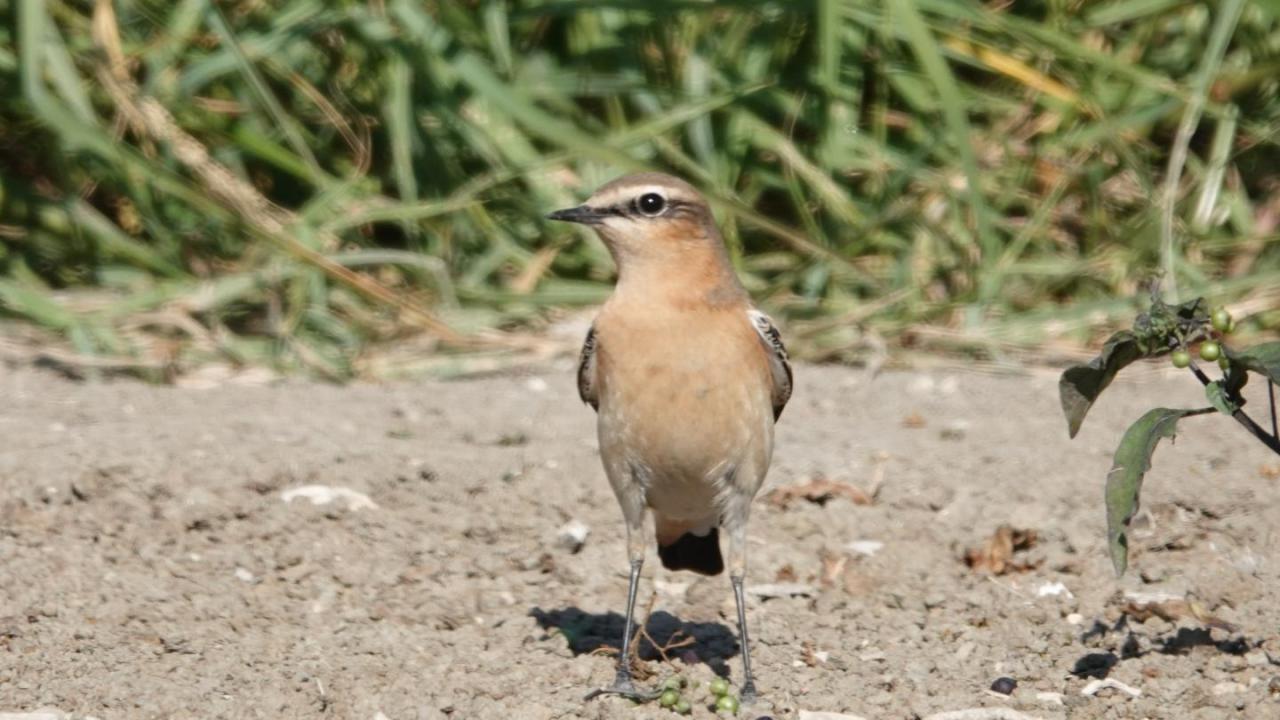 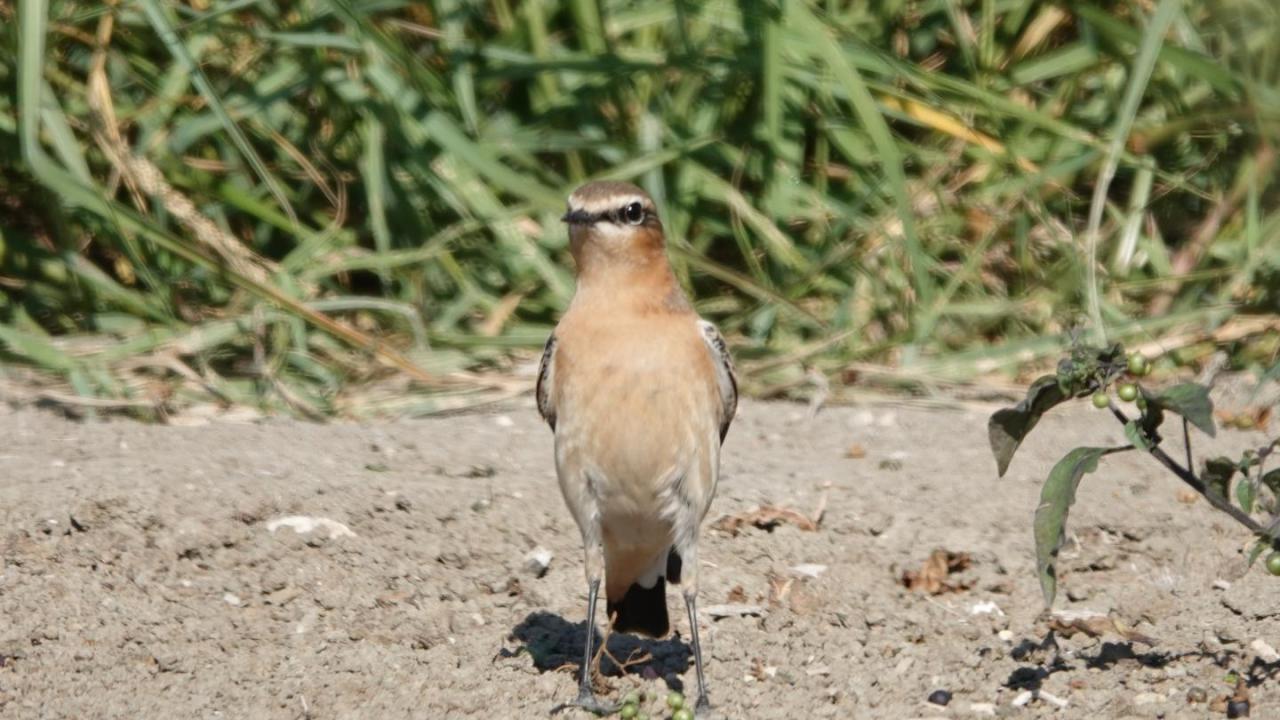 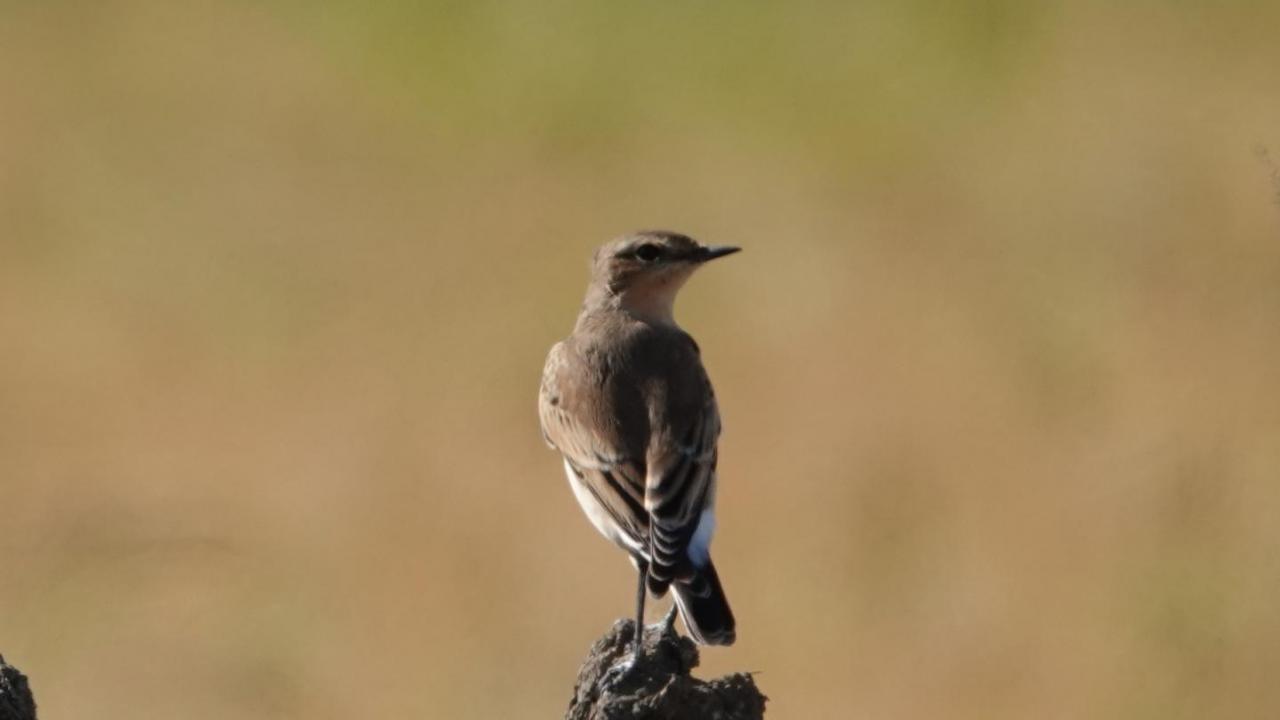 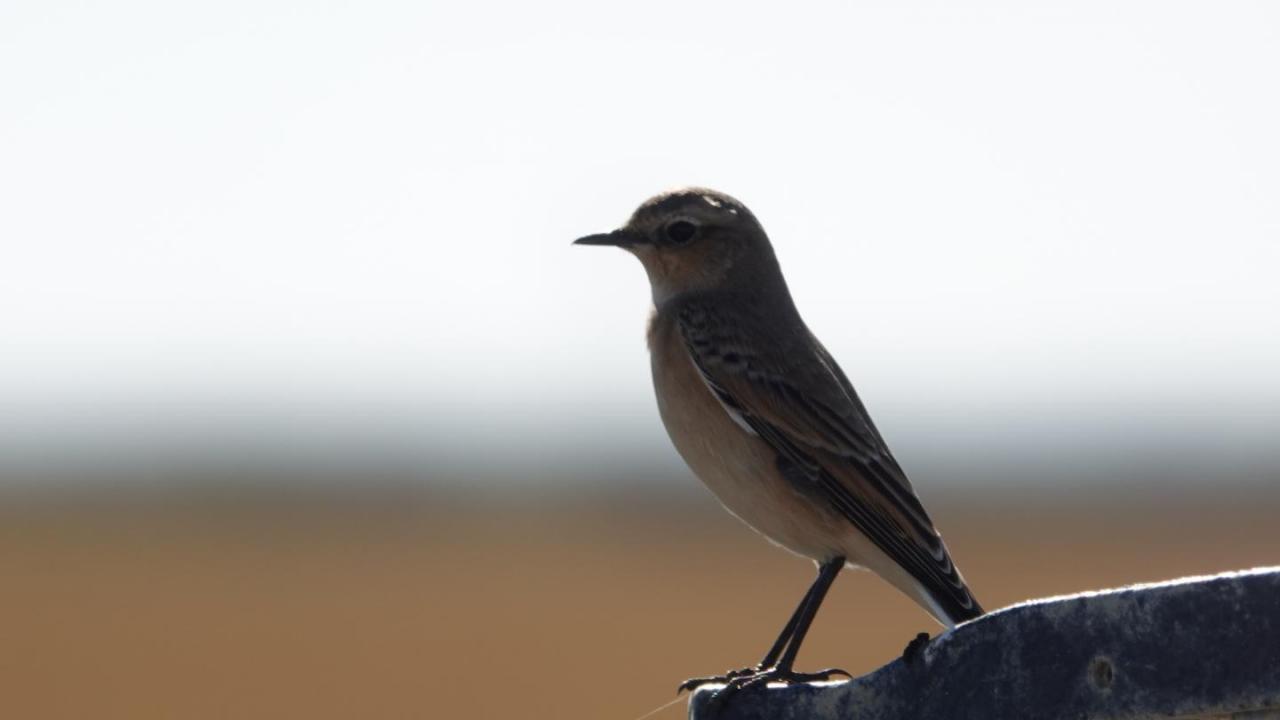 Outside the breeding season, the male can be distinguished from the female by the black wings with narrow light edges (instead of brown) and a darker eye mask.
Juvenile Northern Wheatears are similar in appearance to the adult non-breeding female.