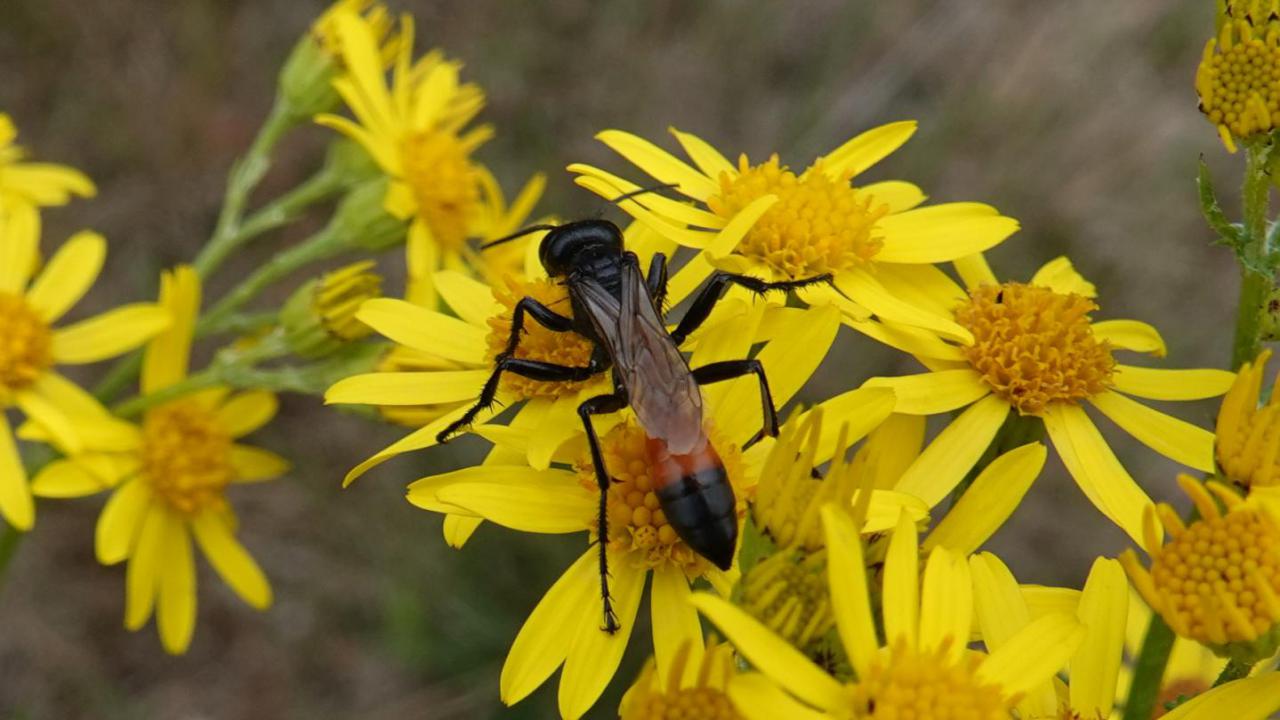 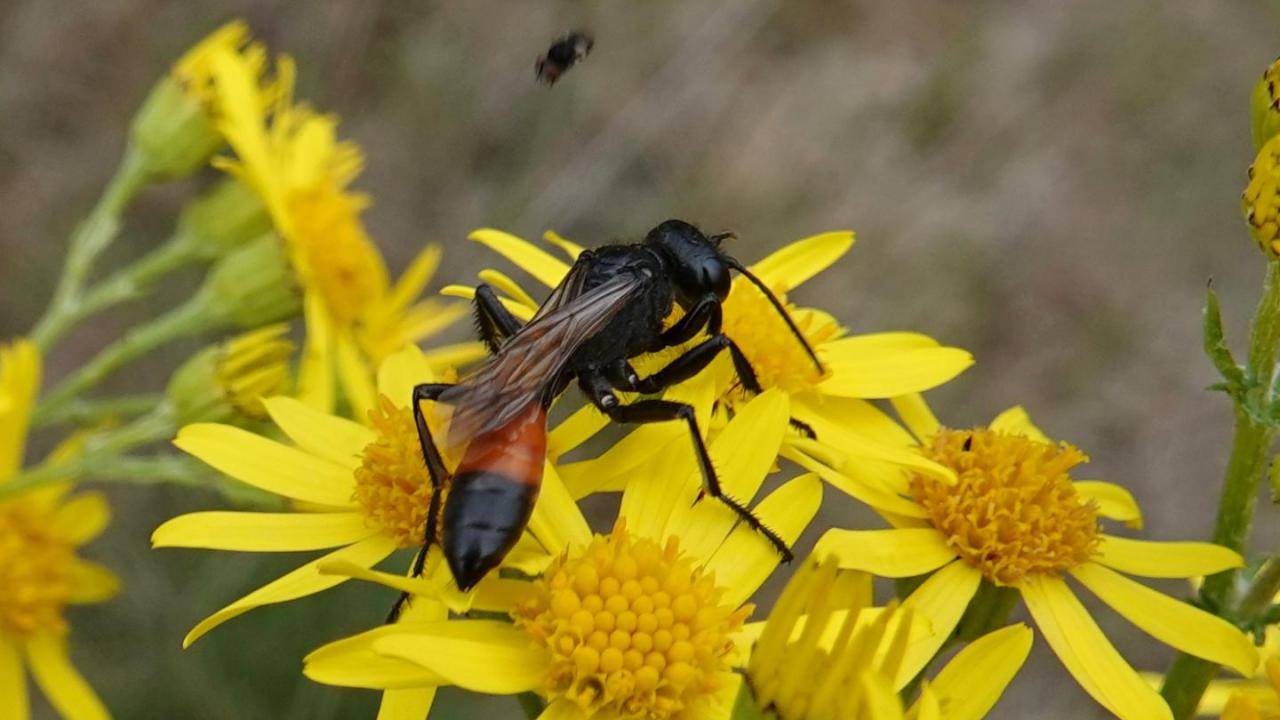 There are six different species within de family of Sphecidae (Thread-waisted Wasps) that occur in The Netherlands; three within the genus Podalonia and three within the genus Ammophila.
It seems that a few other genera, occuring in other parts of Europe, will soon establish themselves in The Netherlands as well.
The three Podalonia species look very similar and are difficult to distinguish from a photo.