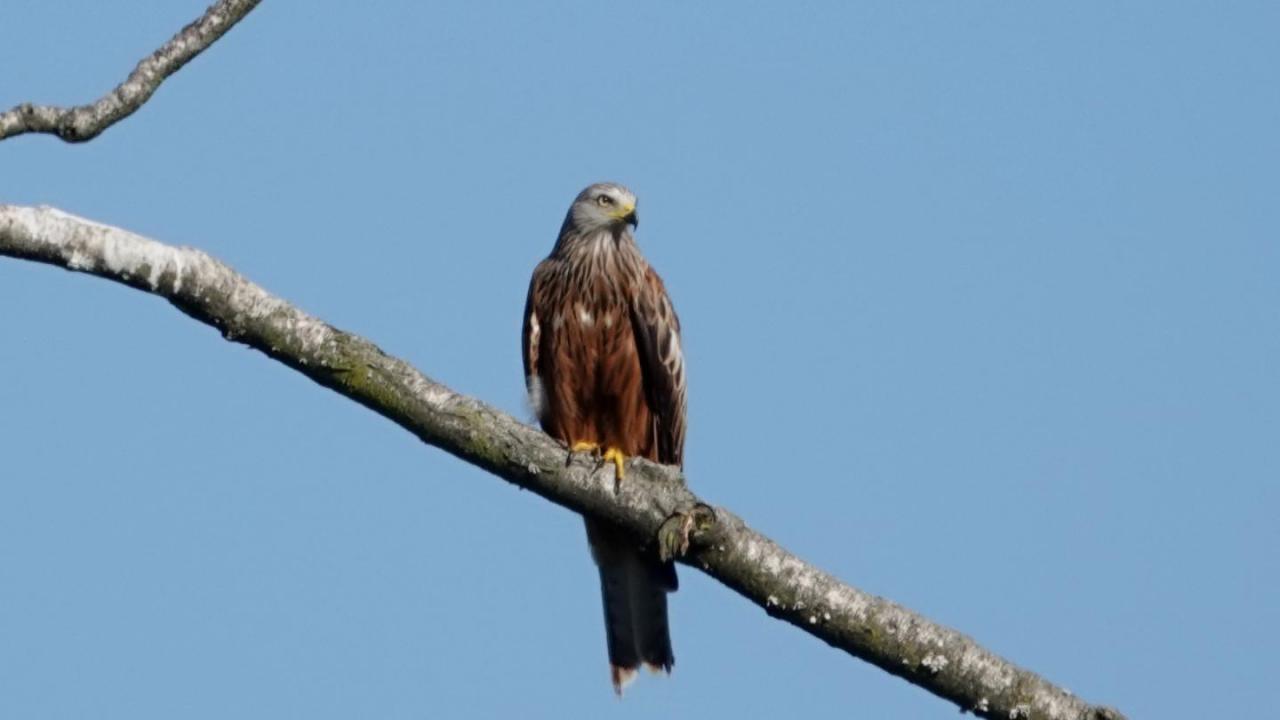 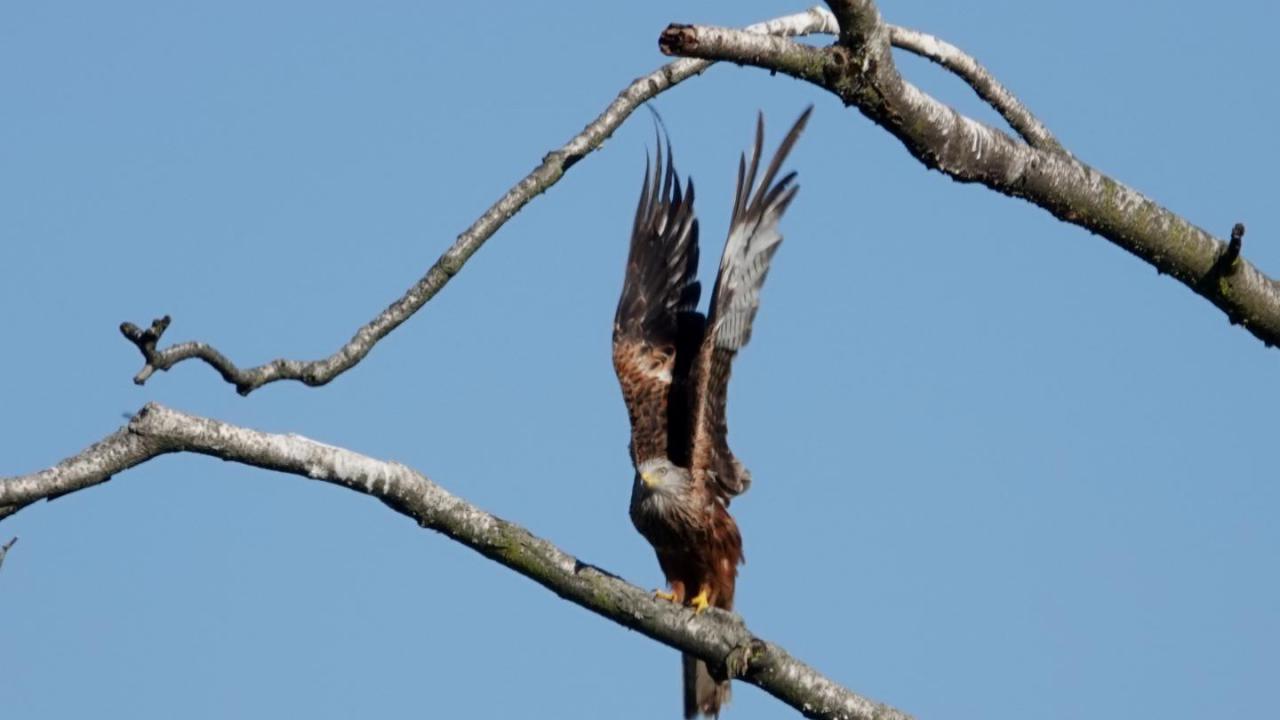 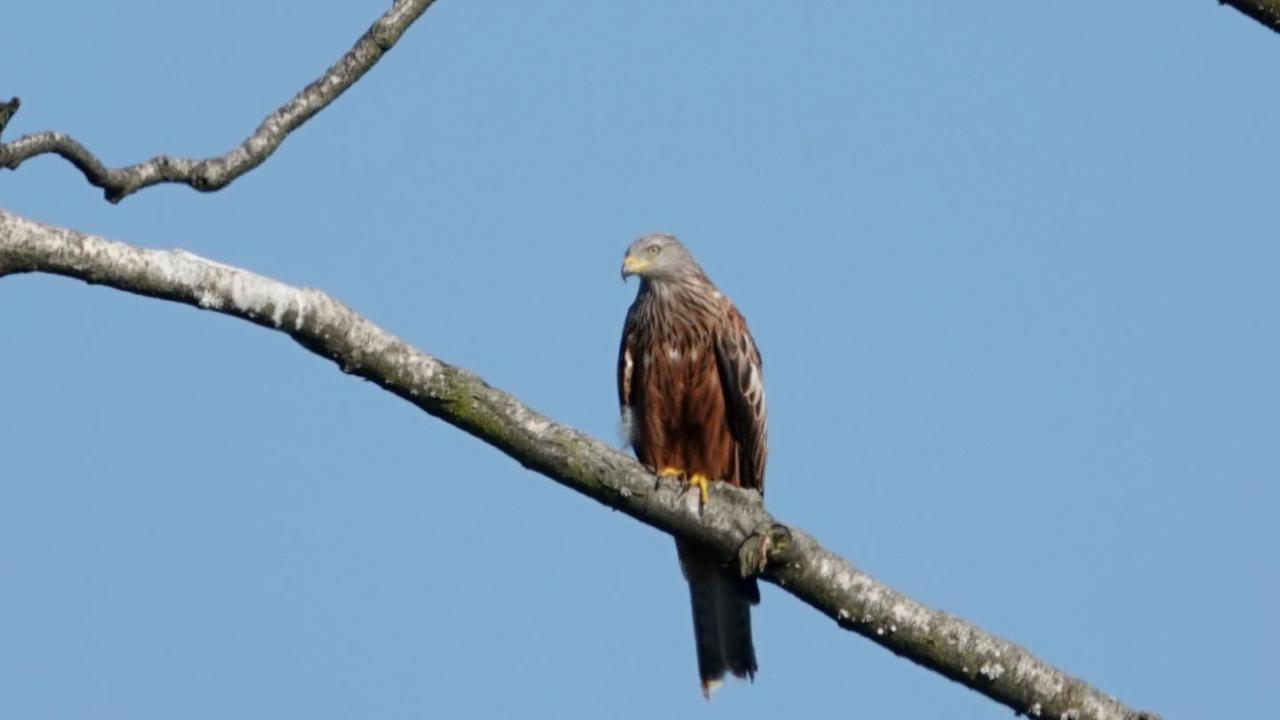 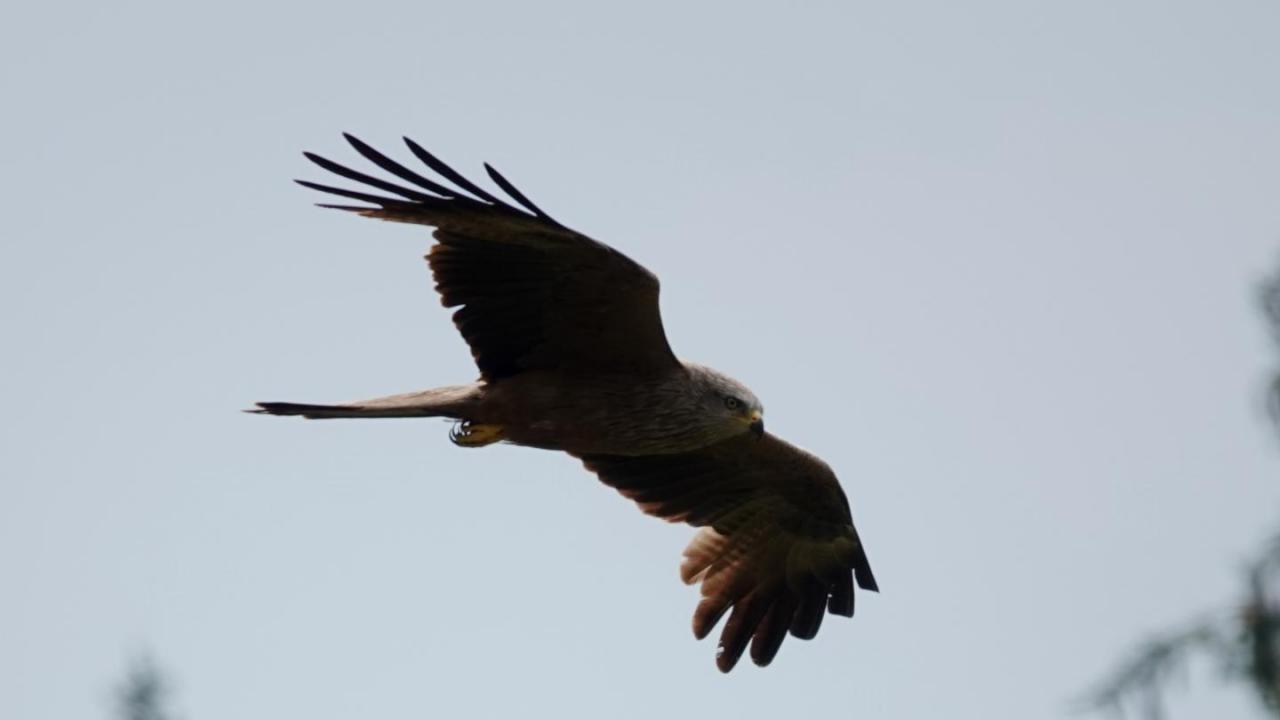 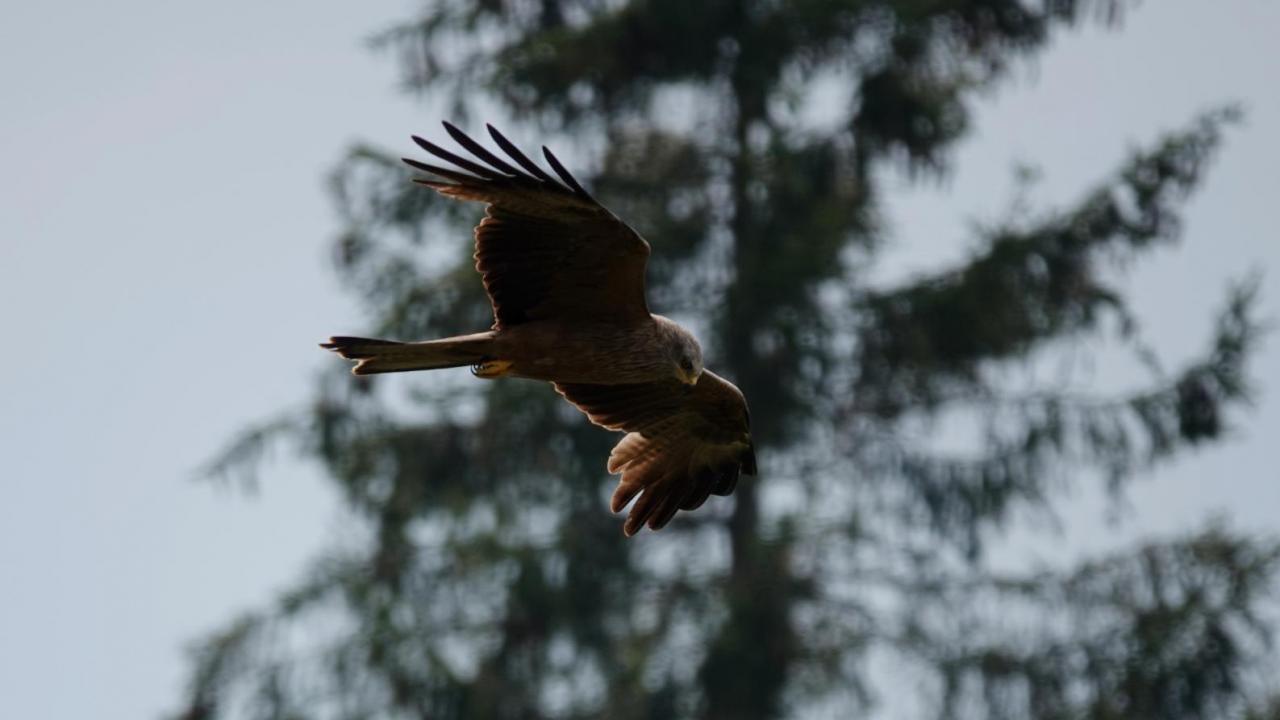 Red Kites and Black Kites look very similar and are often misidentified in areas where they overlap. However, there are some differences:
1. The Black Kite is usually smaller than the Red Kite and it's plumage is usually darker but light conditions can influence the colour appearance.
2. Black Kites have a shallow forked tail while Red Kites usually show a deeply forked tail, but when gliding with their tail fanned it may give an impression of a less forked tail.
3. Adult Red Kites usually have warm brown underparts and distinct whitish "windows" in their wings contrasting with the black wing tips, whereas Black Kites show less distinct white windows and much less contrast to the black wing tips.
4. Red Kites look more elegant in comparison to Black Kites because of their long and narrow-looking wings.
5. The base of the primary feathers ("fingertip" feathers) of the Red Kite are always white, whereas in Black Kite the base of the primaries is banded.
6. Black Kites usually have six "fingers" on their wingtips while Red Kites have no more than five (or five and a short one).
7. If the bird sits, the Red Kite shows a tail that is longer than its wings, whereas the tail-tip of a Black Kite is as long as its wing-tips.