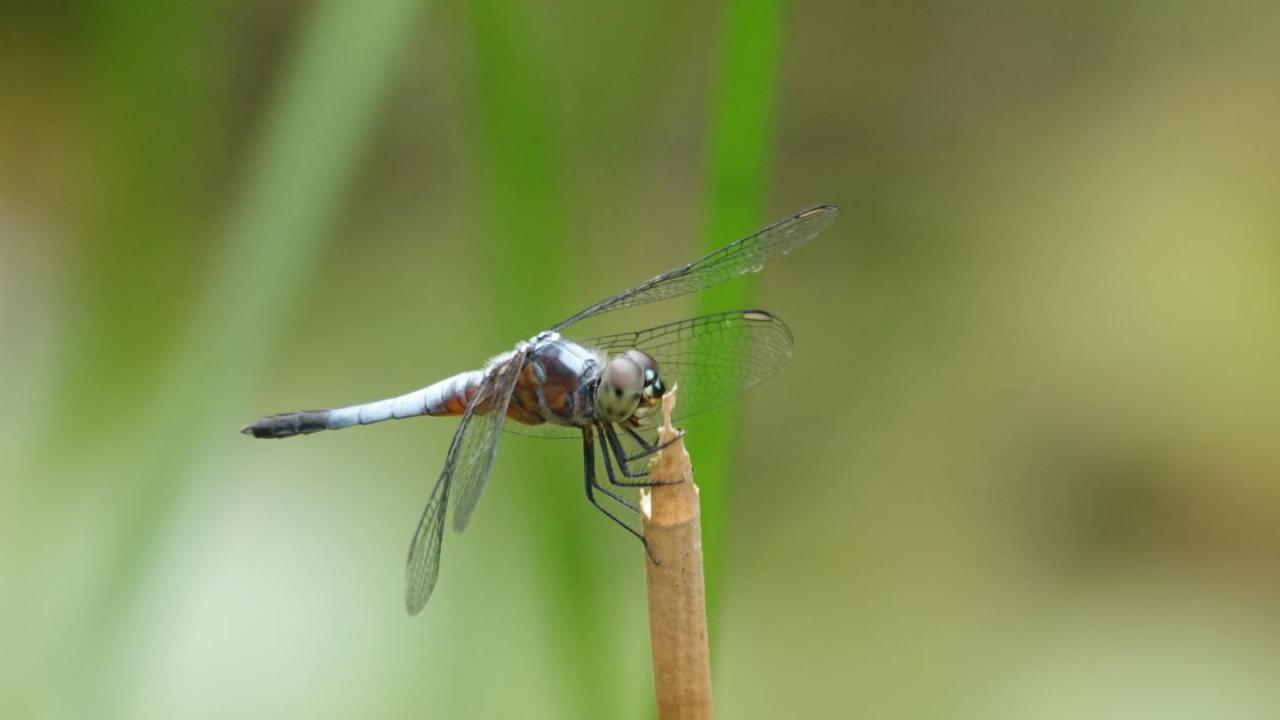 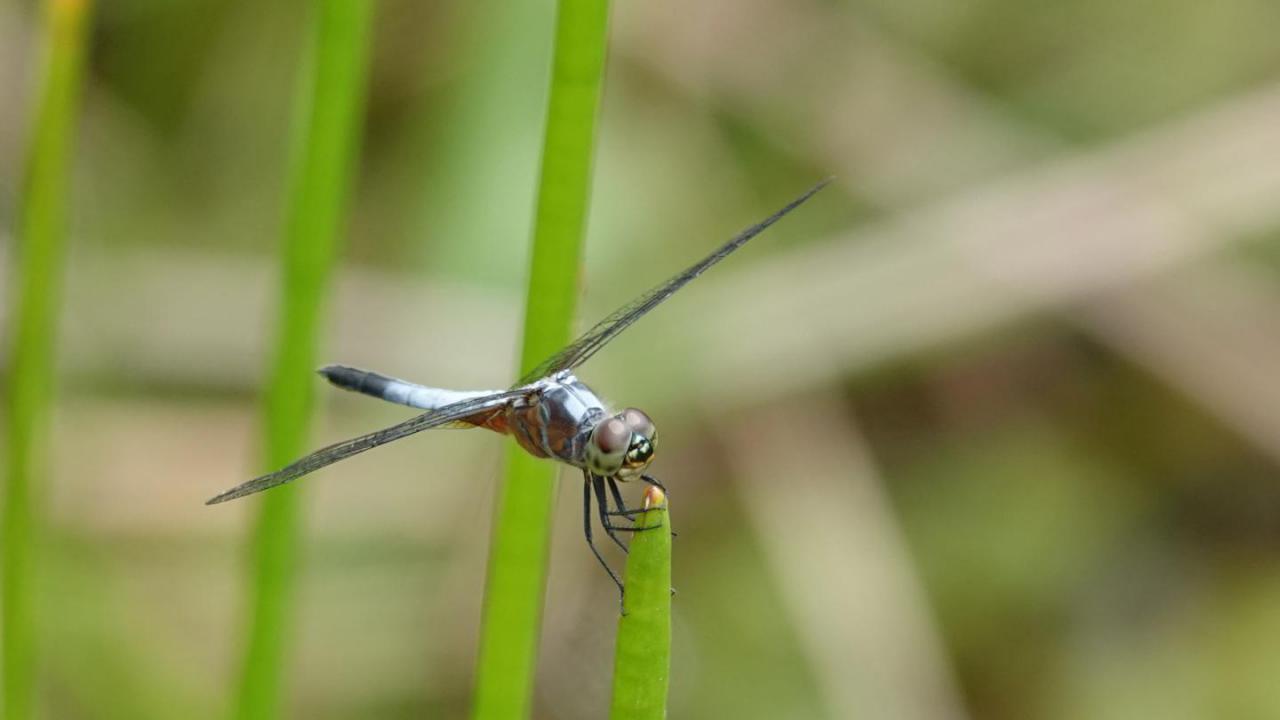 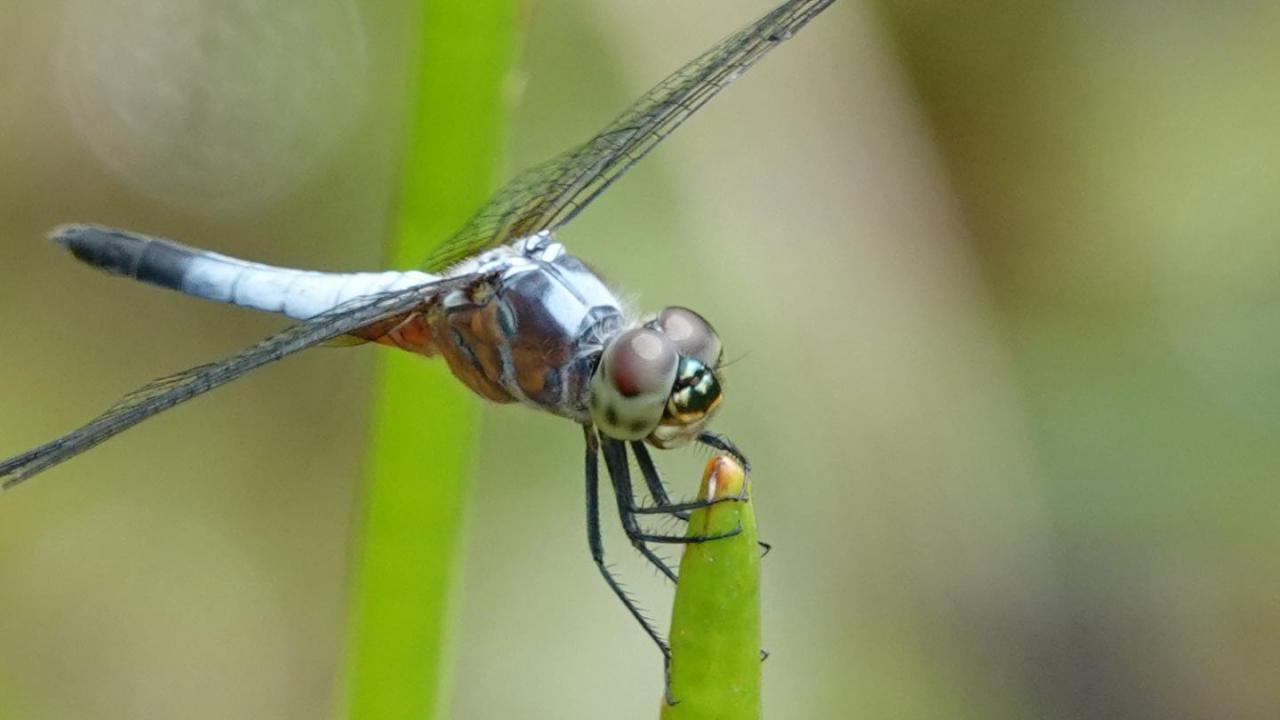 The male Rufous-backed Marsh Hawk (Brachydiplax chalybea) has a striking blue and orange thorax, backed by a blue abdomen with black segments towards the end.
This species is widespread in Singapore and can be seen at most ponds, pools and lakes that have tall reeds at the edge.
They are easily frightened and fly away at the slightest thing.
Oddly enough, even though the male is very common, the female is not so.
The female is seldom seen because she often hides away in the trees and only comes down to the water's edge briefly.