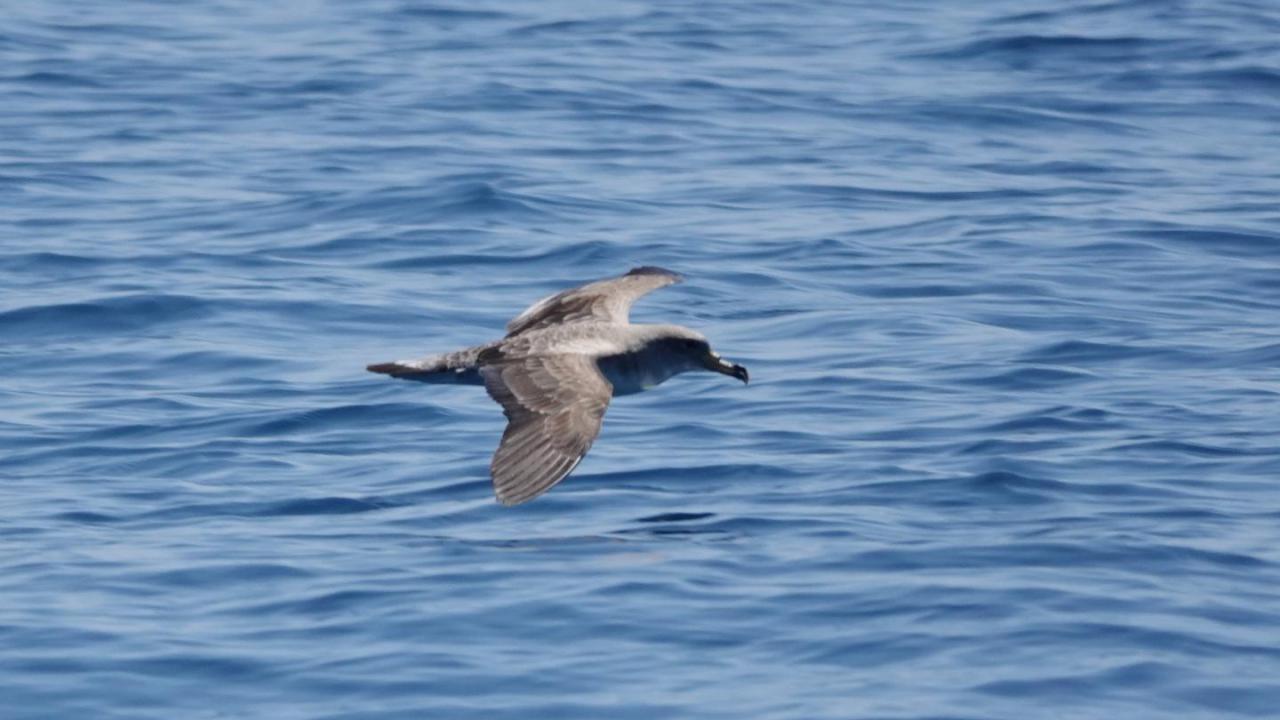 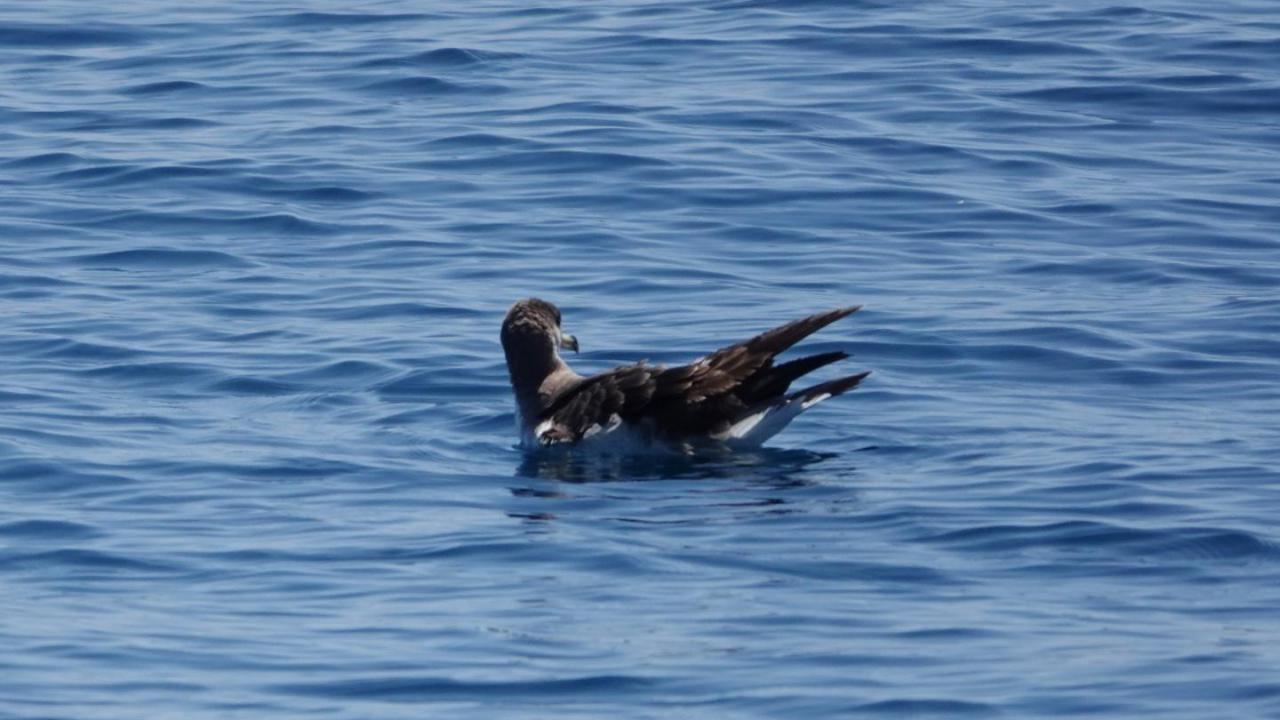 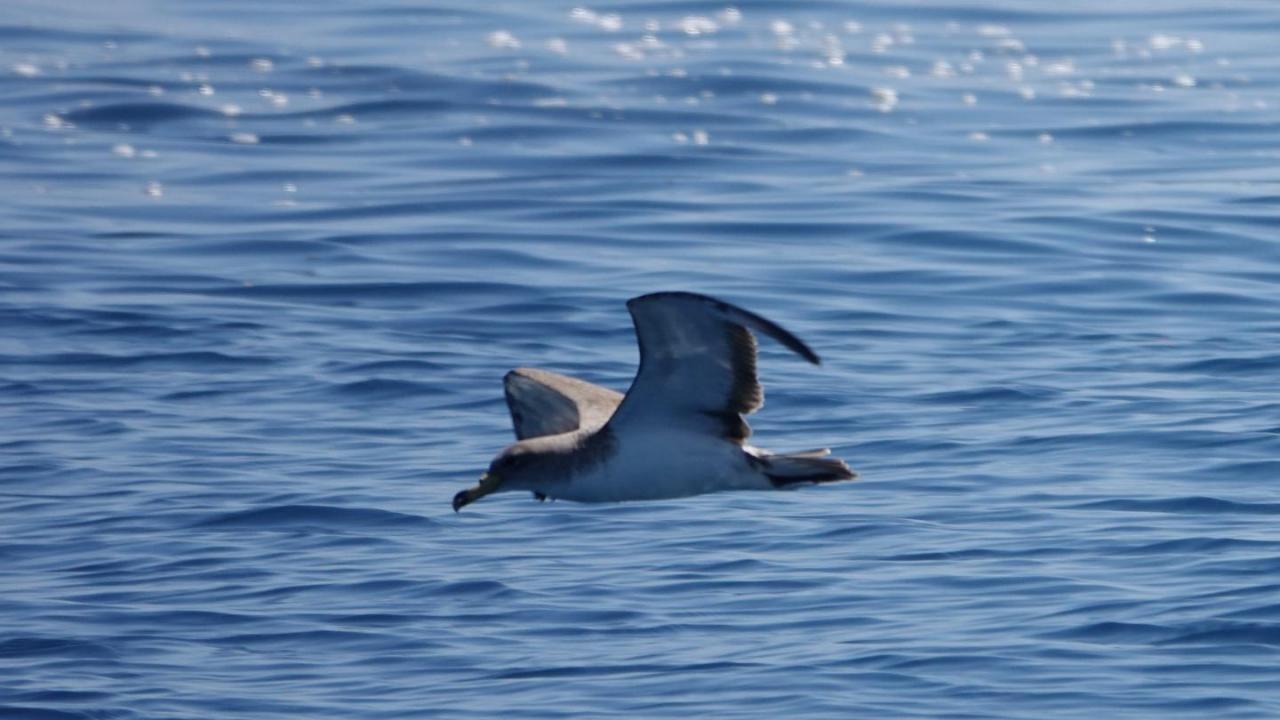 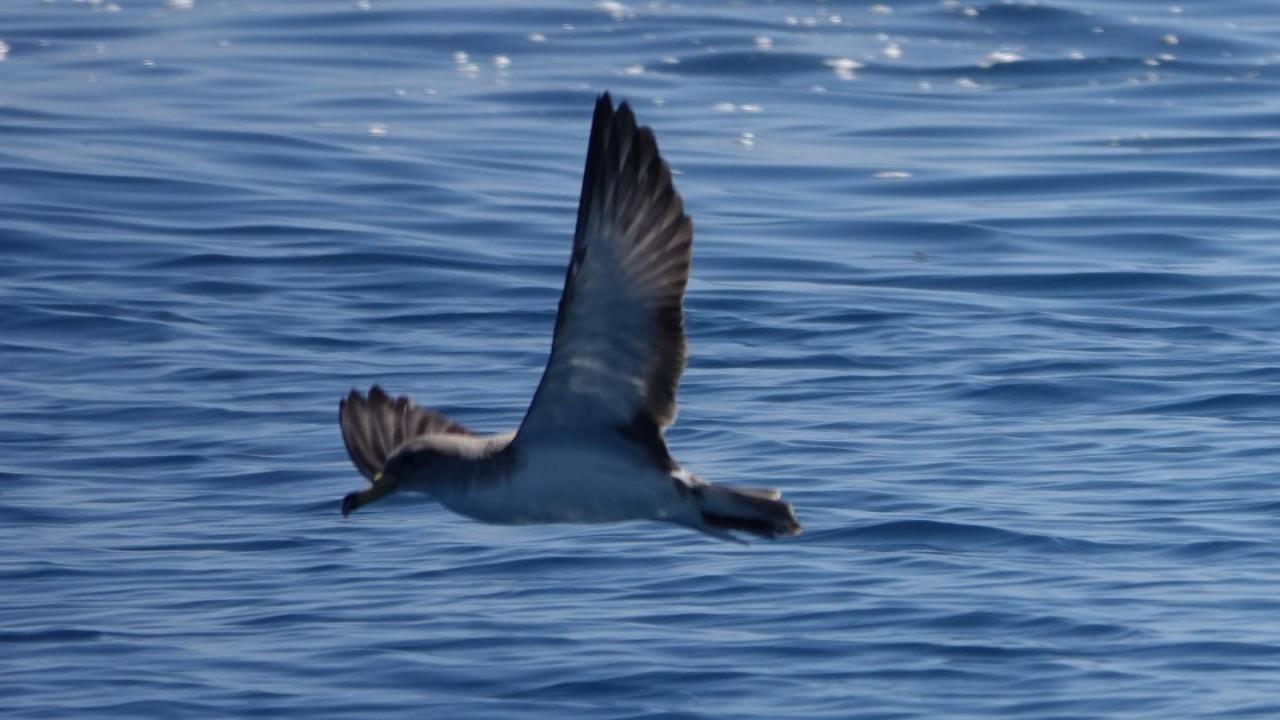 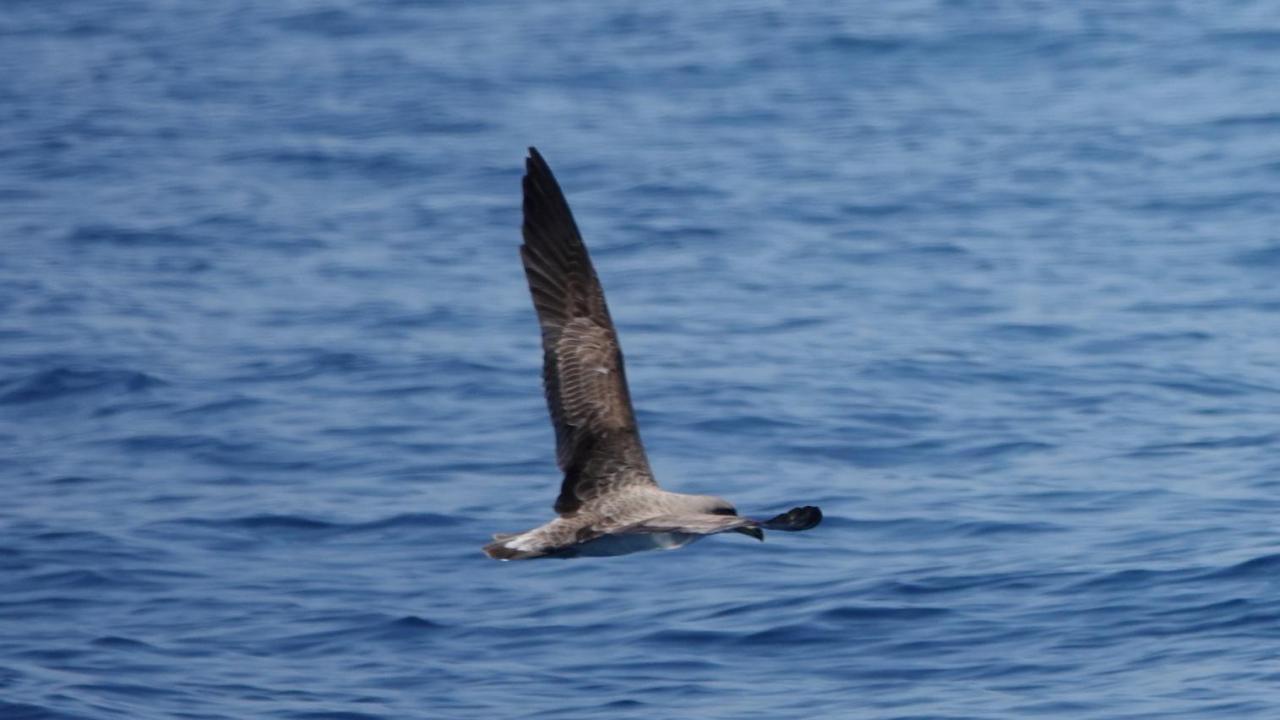 This species breeds on various islands in the Mediterranean Sea.
It is a large brownish shearwater with mostly white underparts and rather large pale bill.
Its Atlantic version is called Cory's Shearwater (Calonectris borealis).
Until around 2012, they were considered two subspecies.

I took these photos from a sailing boat on the Mediterranean Sea close to the coast of Barcelona.