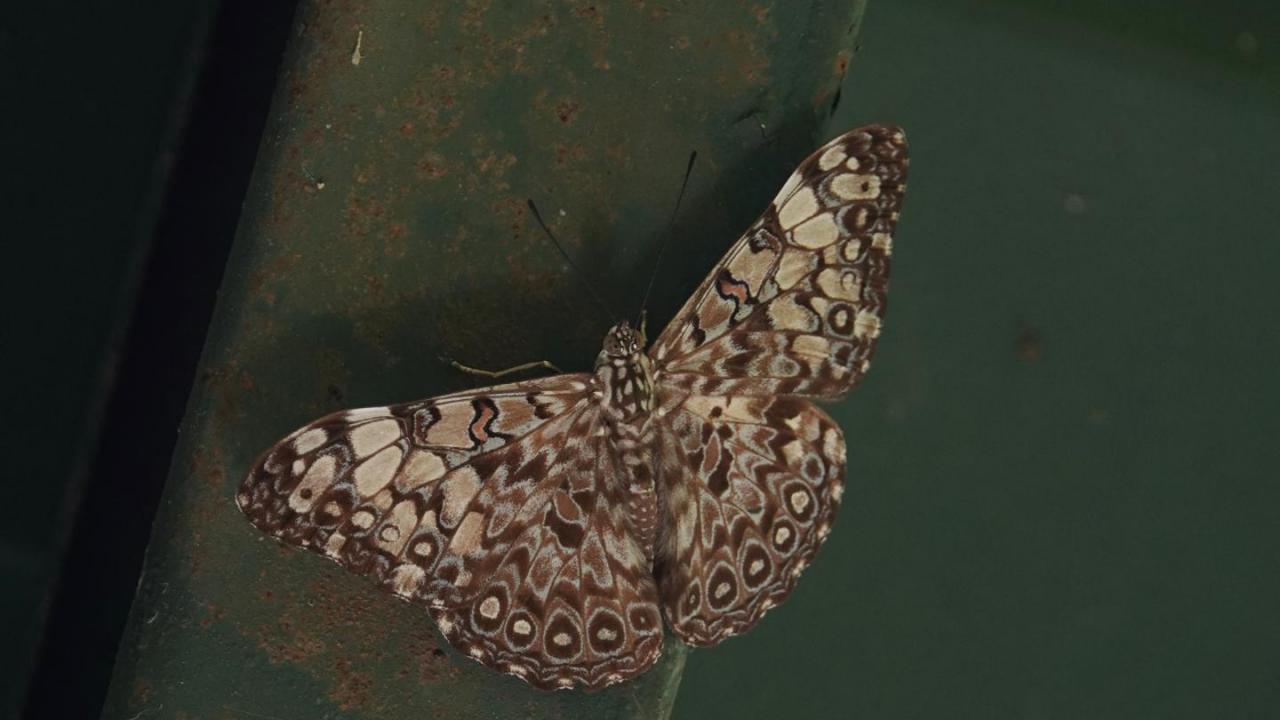 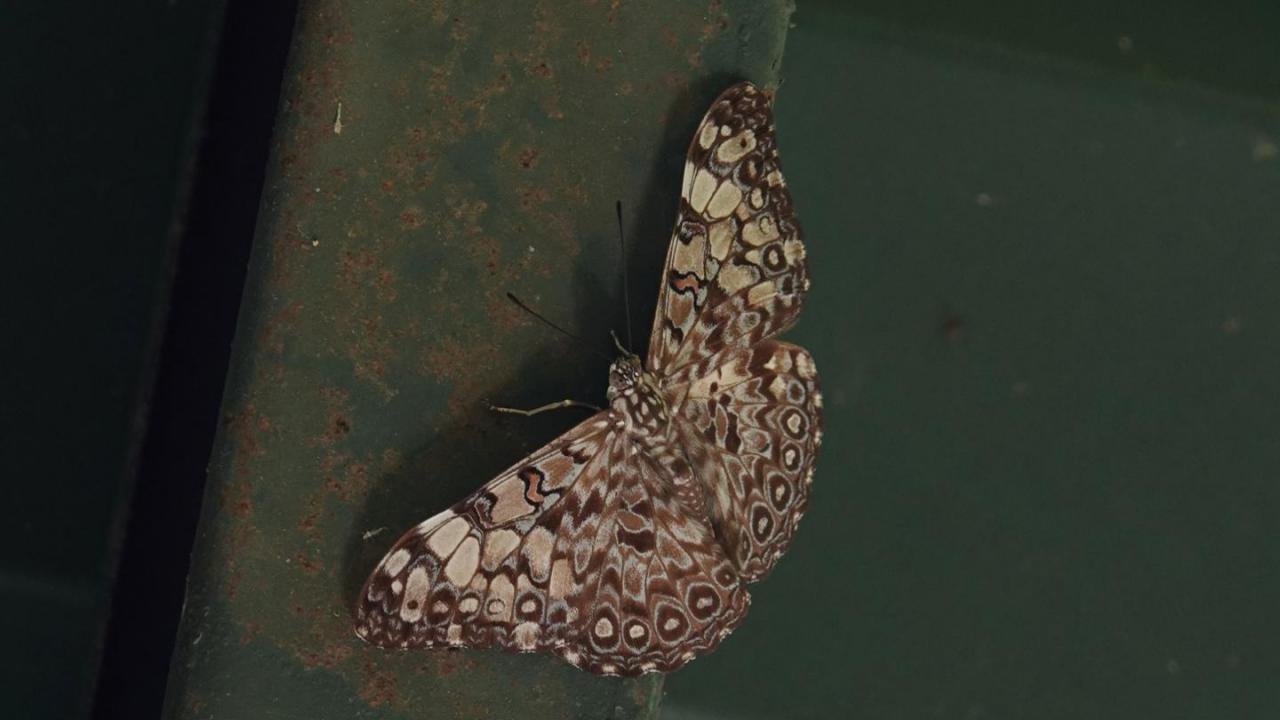 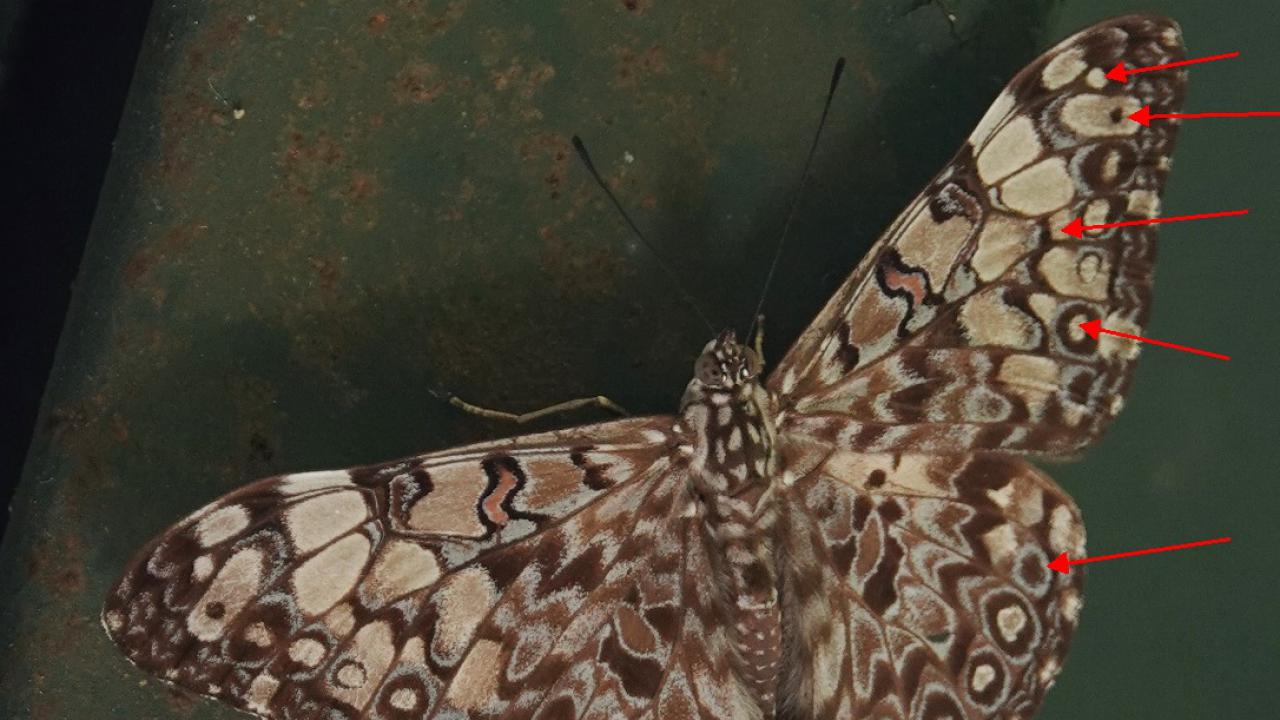 The Variable Cracker (Hamadryas feronia) is quite a large butterfly. Its wingspan is 73–83 mm.
The Variable Cracker is often seen basking on tree trunks, adopting a head-downward posture, with the wings flattened against the bark.
Males bask in this position for long periods to await potential mates.
Males can make a cracking sound (the crackling of bacon in a frying pan) when they dart out at passing insects (and people).
Only males can produce this sound which may possibly deter competing males from occupying the same territory, or could act as a trigger to initiate the response from a female during courtship.
Hamadryas feronia is easily confused with Hamadryas februa, but the latter has red crescents within the ocelli on the hindwings.
There are two subspecies.
This is Hamadryas feronia farinulenta which is found in Mexico, Guatemala, Honduras, Venezuela, Colombia and Trinidad.

The Variable Cracker looks also similar to the Guatemalian Cracker (Hamadryas guatemalena) which also occurs in Guatemala.
However, they can be distinguished rather easily by the different patern of spots (and markings) on the upperside of the forewing.
For instance, H. guatemalena misses the white spot near the tip of the wing and the black spot in the white field just below.
On the 3rd photo, the markings on the forewing of H. feronia that distinguish it from H. guatemalena are pointed out.

Andrew Neild, author of The Butterflies of Venezuela and a recognized authority on Neotropical butterflies, helped me identifying this species.