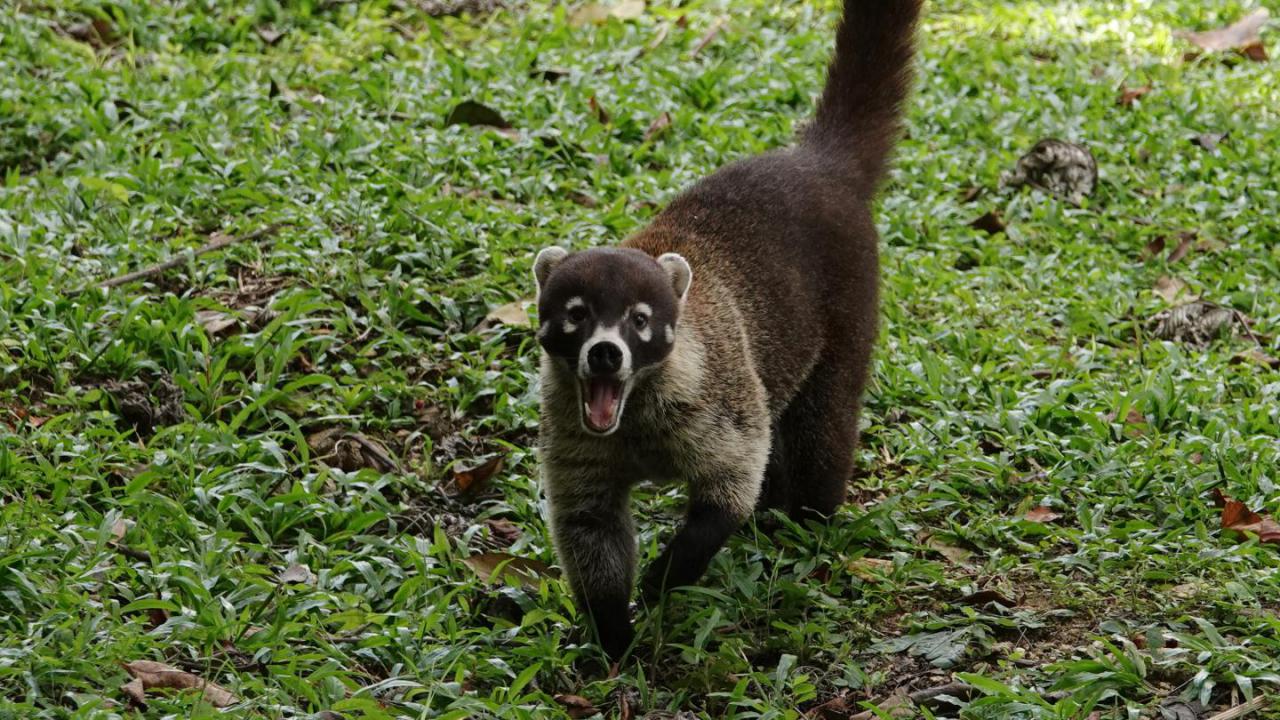 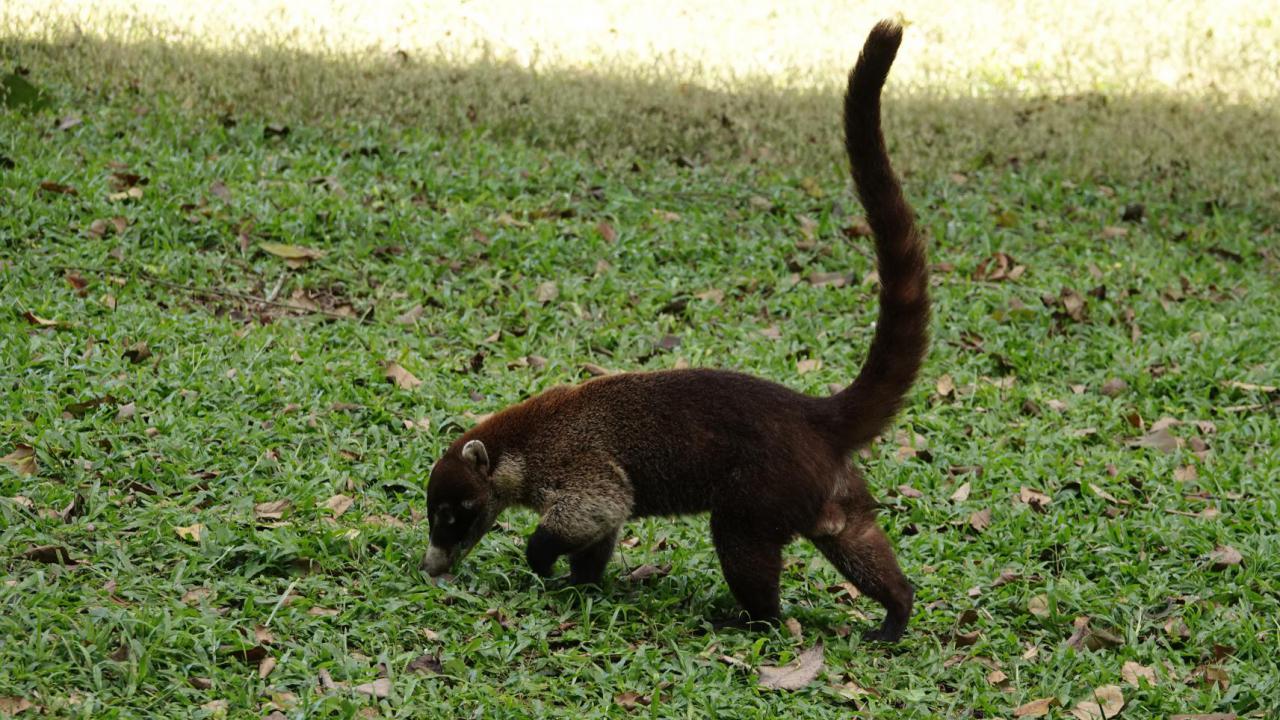 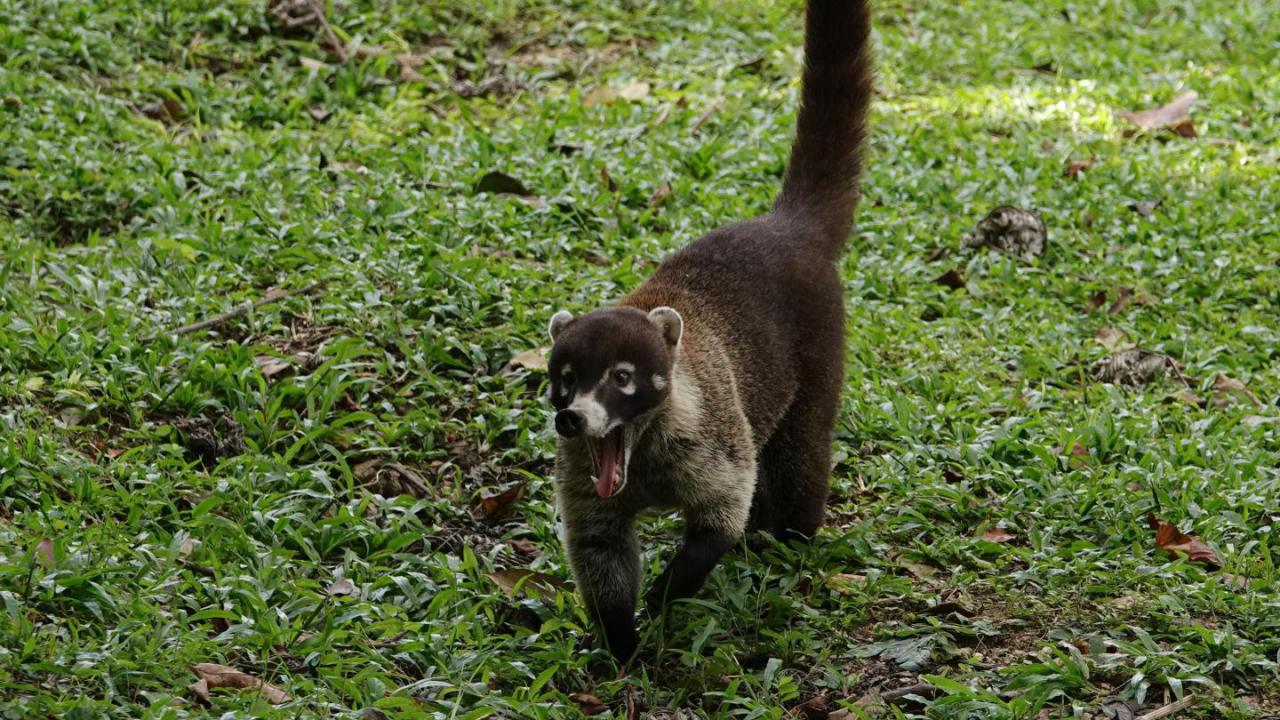 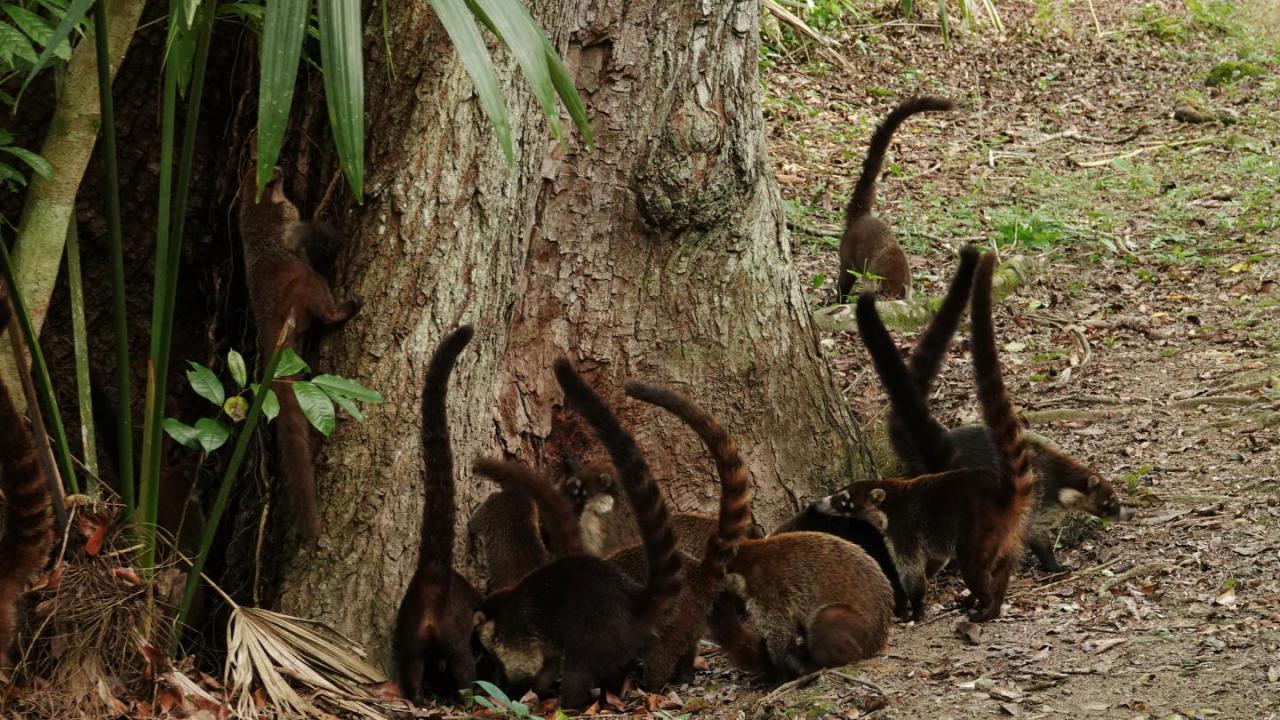 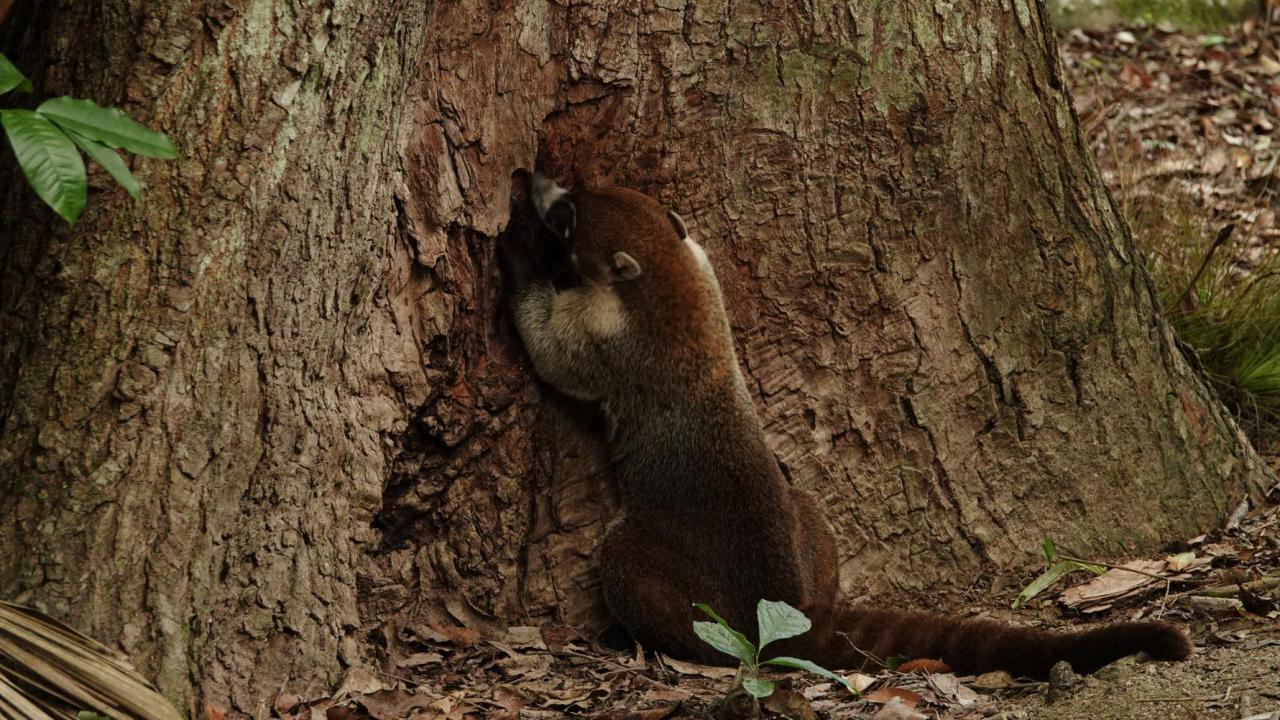 White-nosed Coatis are active day and night.
Adult coatis measure 33 to 69 cm from head to the base of the tail, which can be as long as their bodies.
Males can become almost twice as large as females and have large, sharp canine teeth.
The females and young males up to two years of age are gregarious and travel through their territories in noisy, loosely organized bands made up of four to 40 individuals, foraging with their offspring on the ground or in the forest canopy.
Males over two years become solitary due to behavioural disposition and collective aggression from the females and will join the female groups only during the breeding season.

Coatis often hold the tail erect; it is used as such to keep troops of coatis together in tall vegetation.
Coatis have strong limbs to climb and dig and have a reputation for their intelligence.
Their geographical range extends from the southwestern U.S. (southern Arizona, New Mexico, and Texas) through northern Uruguay.

On one beautiful early morning, on a small path in the jungle near the Mayan temples at Tikal, I bumped into a large group of at least 40 individuals.
I stopped and remained quiet and in no time I found myself in the middle of the group, admiring their funny behaviour.
A large part of the group took turns on the base of a tree by rubbing their bodies against it (4th and last photo).
Both females and males regularly show this scent-marking behaviour by rubbing urine on prominent objects, such as rocks and logs, while they travel and forage, and do so much more frequently during courtship and mating.
They produce a bit of urine and then rub their genitalia over the region, smearing it across the surface of their body.