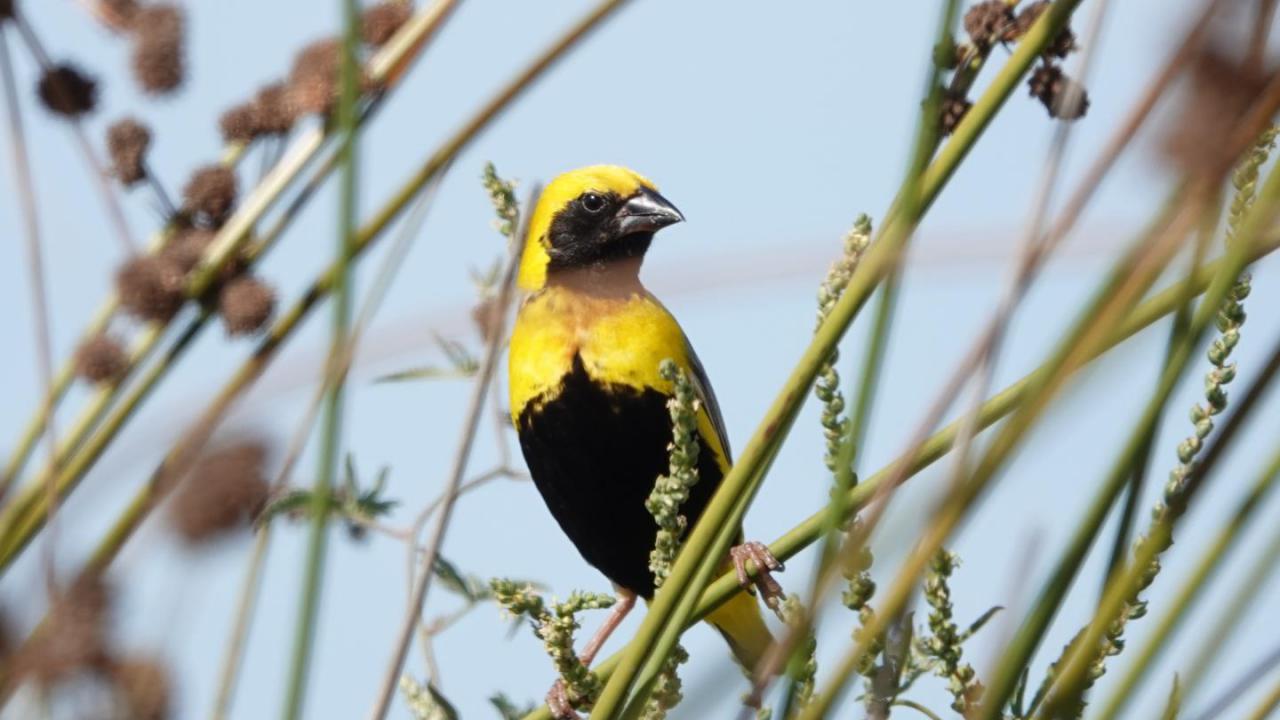 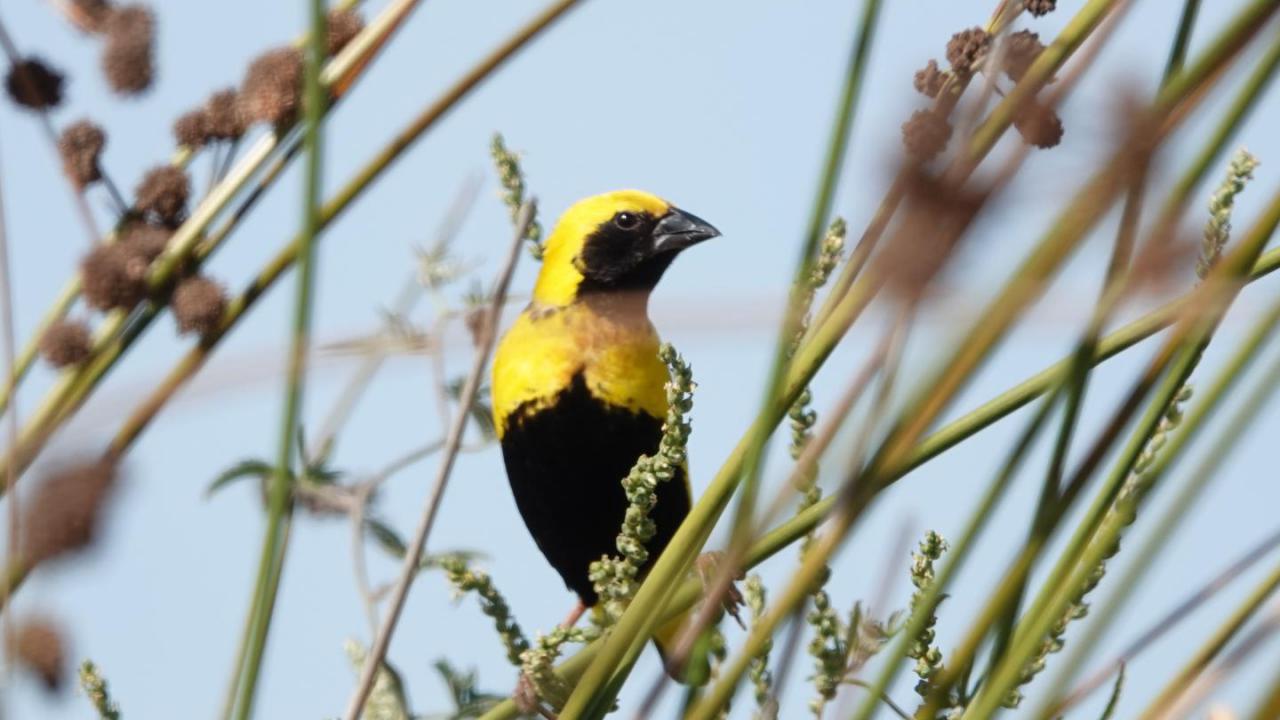 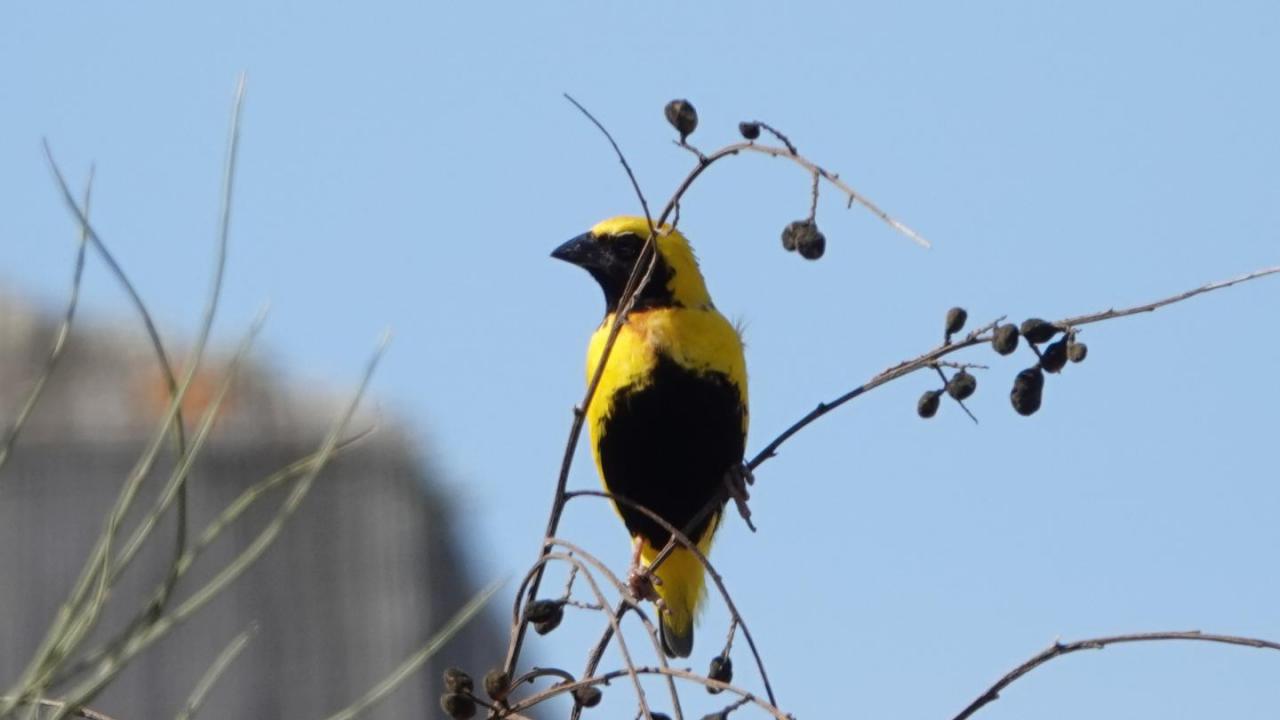 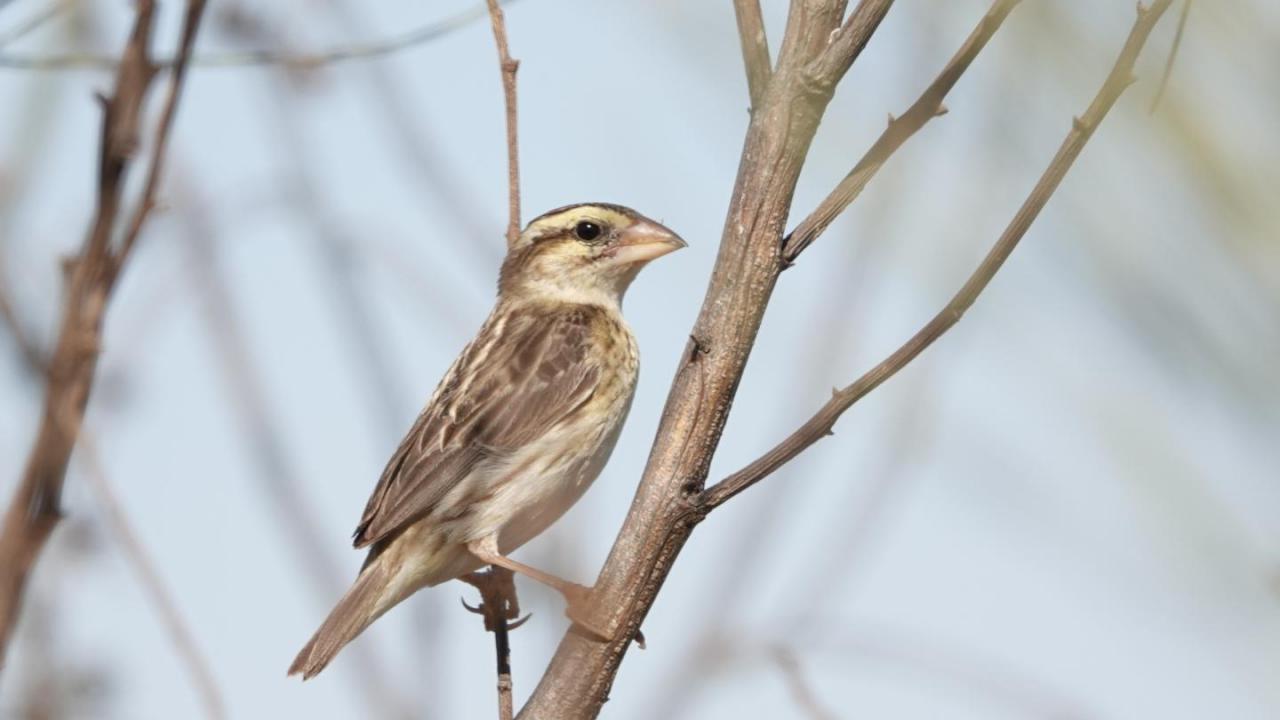 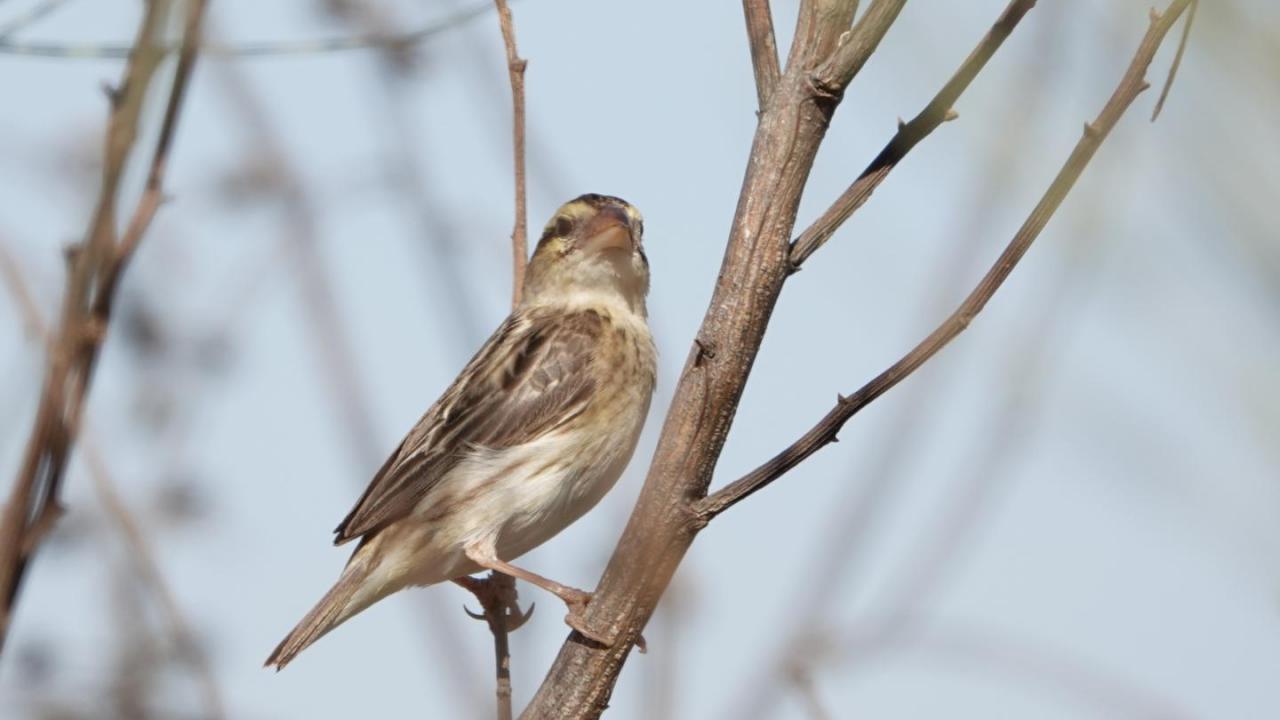 The Yellow-crowned Bishop (Euplectes afer) is native to Africa south of the Sahara.
Some birds have escaped captivity and settled in other countries such as the US (Florida), Jamaica, Japan, Portugal, Puerto Rico and Venezuela.
It is highly sexually dimorphic in its breeding season, during which the male adopts a distinctive yellow and black plumage, contrasting with the female’s predominantly brown coloration.
During non-breeding seasons, the male plumage looks like the female plumage.
It prefers habitats such as grasslands and marshy areas.