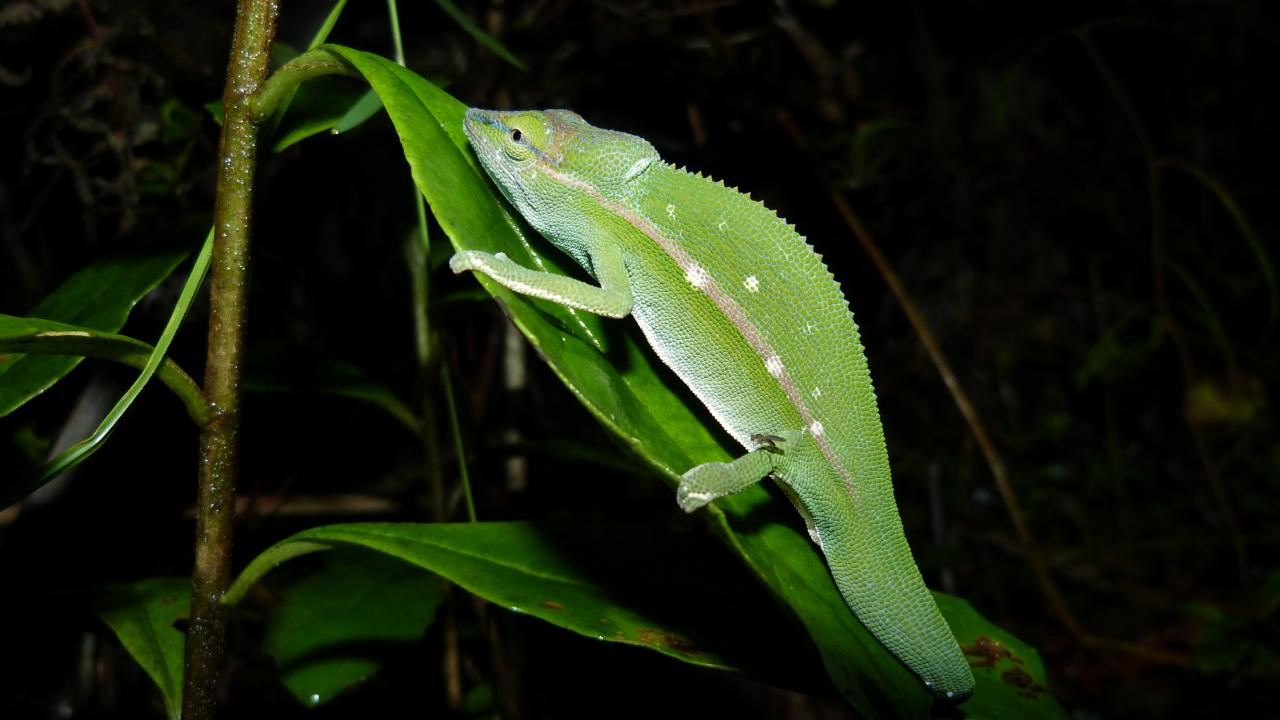 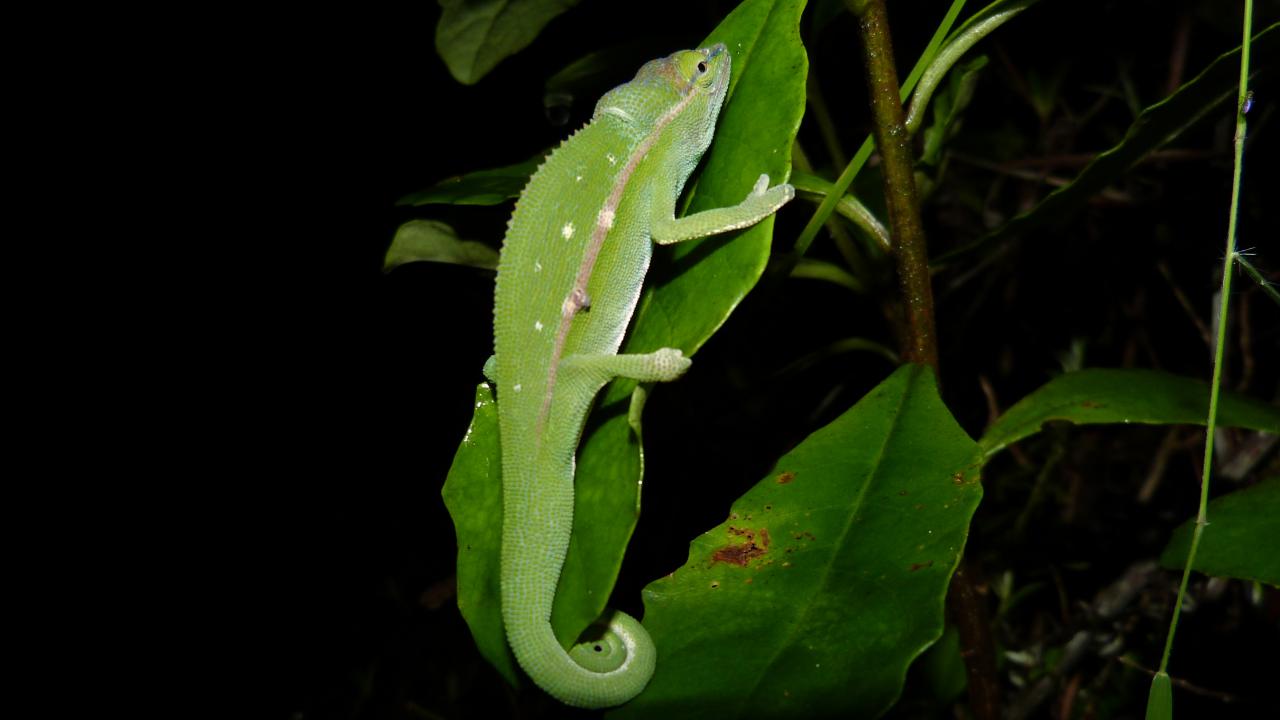 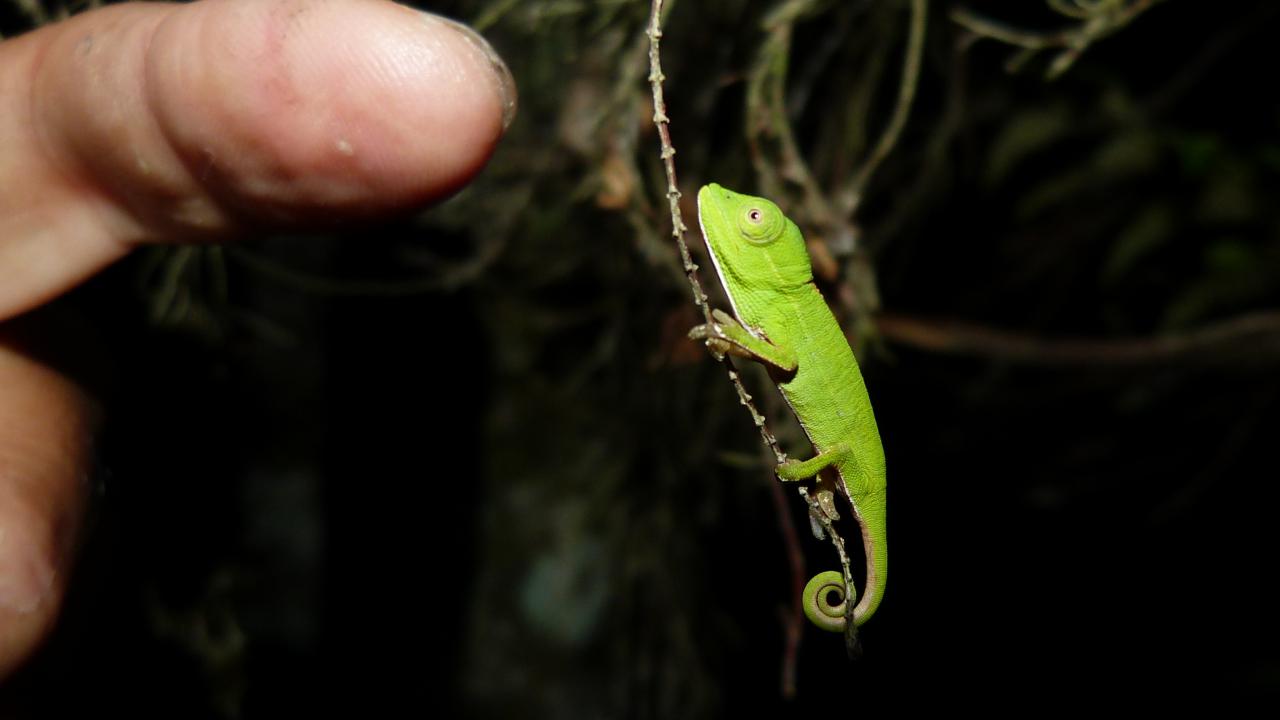 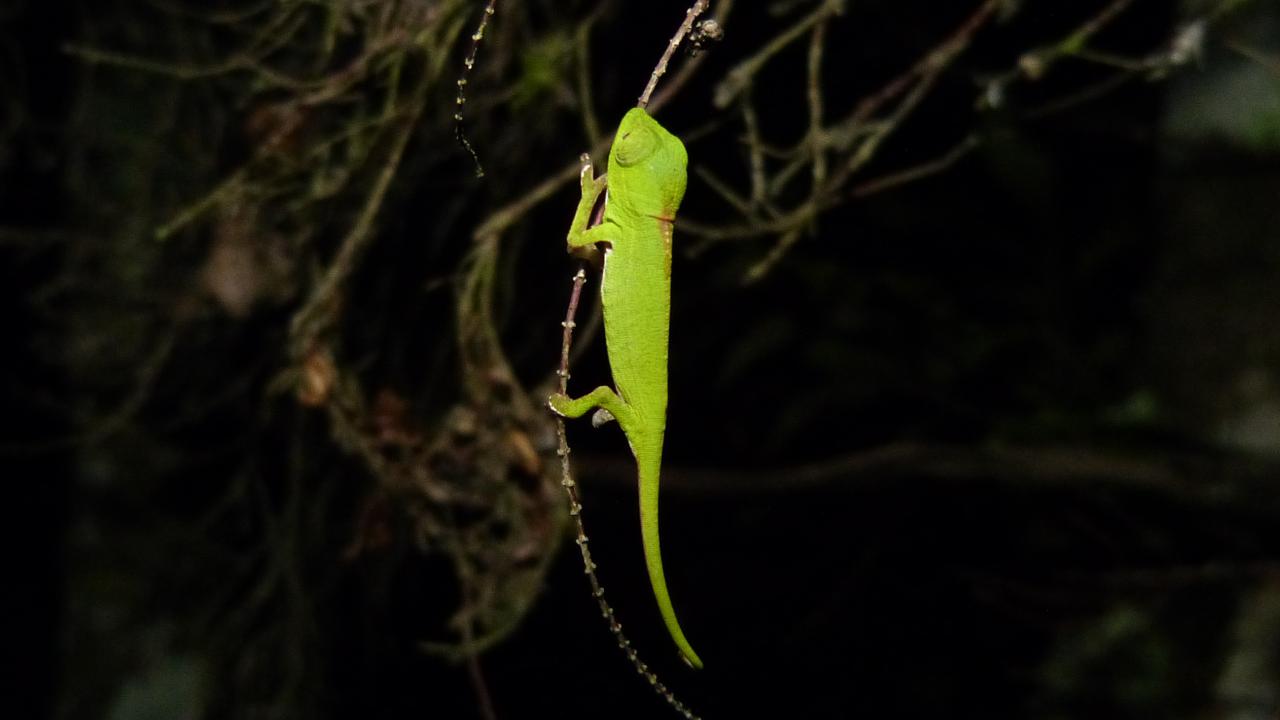 The Perinet Chameleon (Calumma gastrotaenia), also known as the Malagasy Side-striped Chameleon, is a small species of chameleon endemic to humid primary forests, particularly along rivers, in eastern and central Madagascar at elevations between 600 and 1,530 m.
Perinet Chameleons are small and slender, reaching 15–20 cm, with elongated heads and bodies.
They have smooth, uniformly green, brown or yellow skin with white undersides.
A thin stripe runs from their tail bases along the sides of their bodies and across their eyes, and may include white spots.
The three subspecies are C. g. andringitraensis with a dorsal crest, C. g. marojezensis and C. g. guillaumeti.
The male Perinet Chameleon is larger than the female and has a bony head crest.