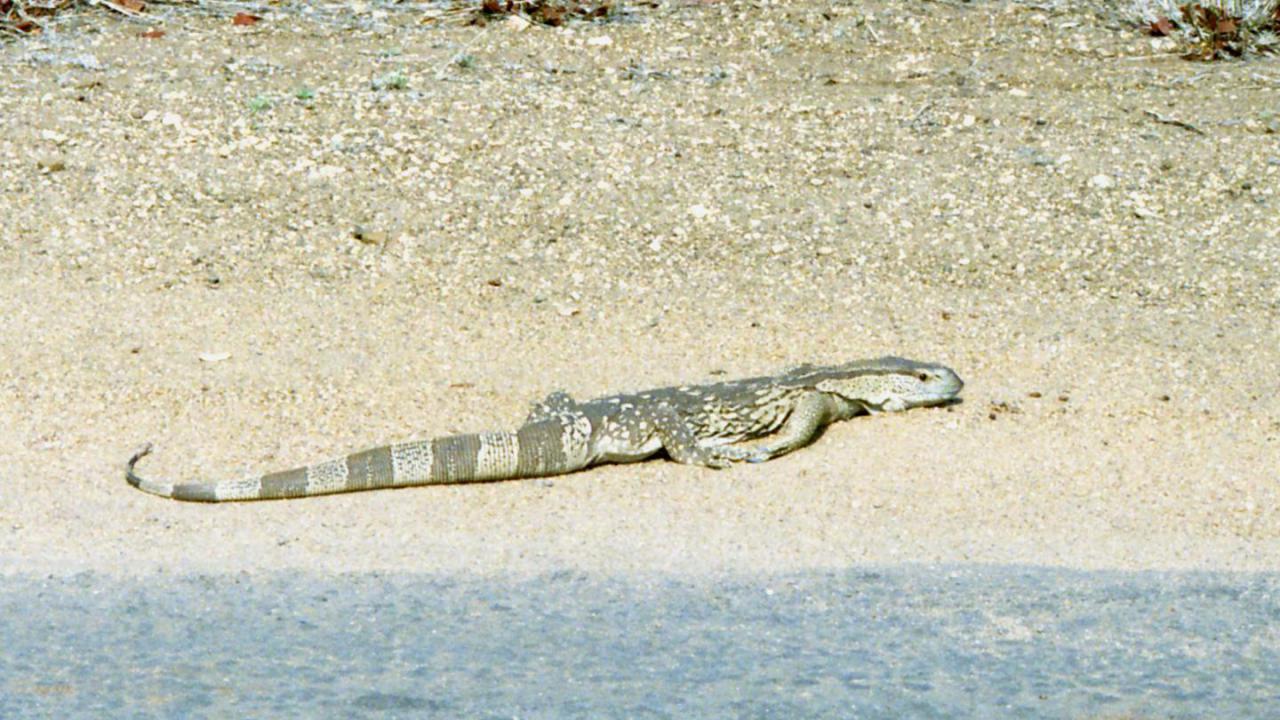 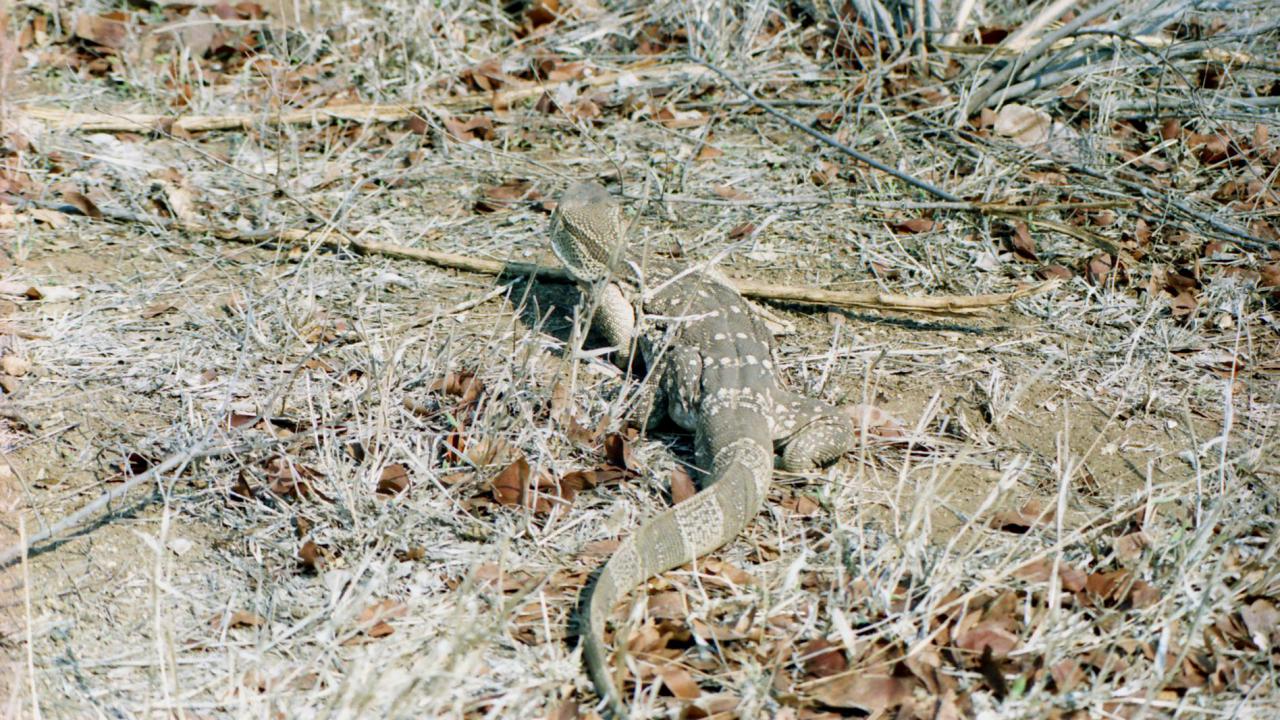 This species is endemic to Central, East, and southern Africa.
Varanus albigularis is the heaviest-bodied and second longest lizard (after the Nile Monitor (Varanus niloticus)) in Africa.
Adult males average about 6 to 8 kg and females weigh from 3.2 to 5 kg.
They can reach 2 meters in total length (including tail), with its tail and body being of equal size.
Varanus albigularis is found in a variety of dry habitats, including steppes, prairies, and savannahs, but is absent from desert interiors, rainforests, and thick scrub forests.
Three subspecies are currently recognized: V.a. albugaris, V.a. angolensis and V.a. microstictus.
This is varanus albigularis albigularis occurring in southern Africa and which is sometimes also called the White-throated Monitor.