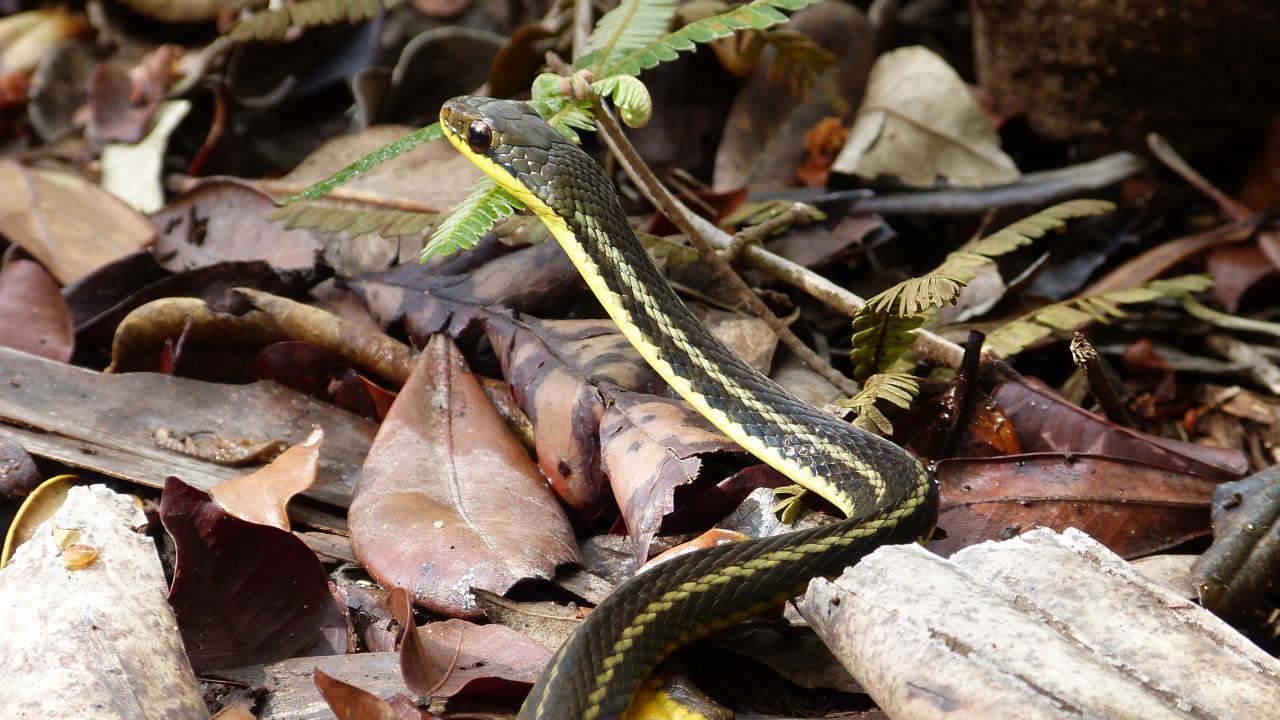 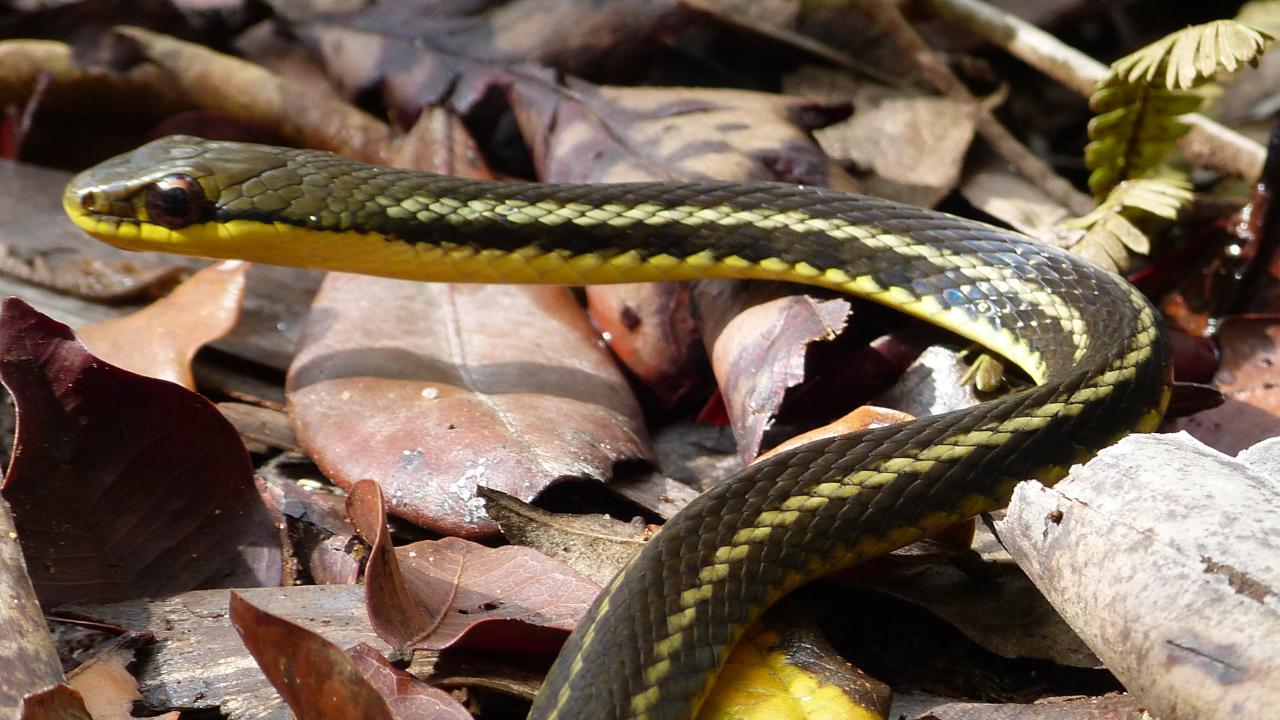 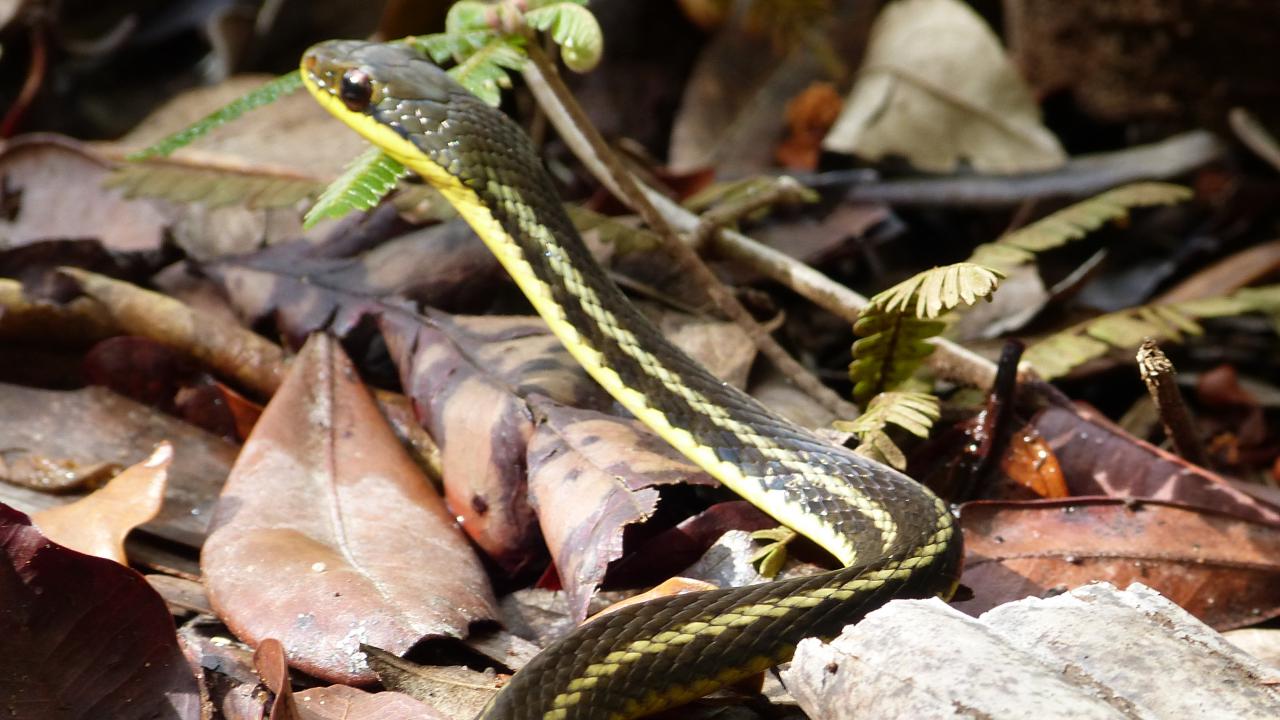 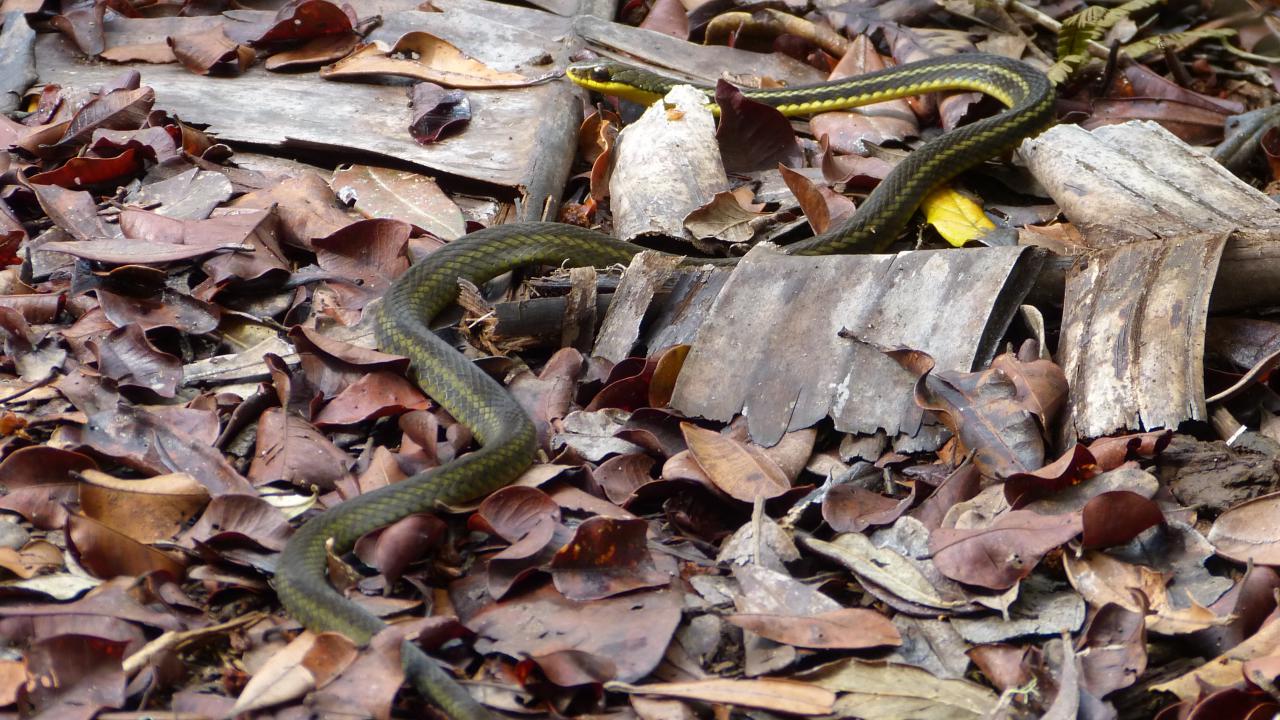 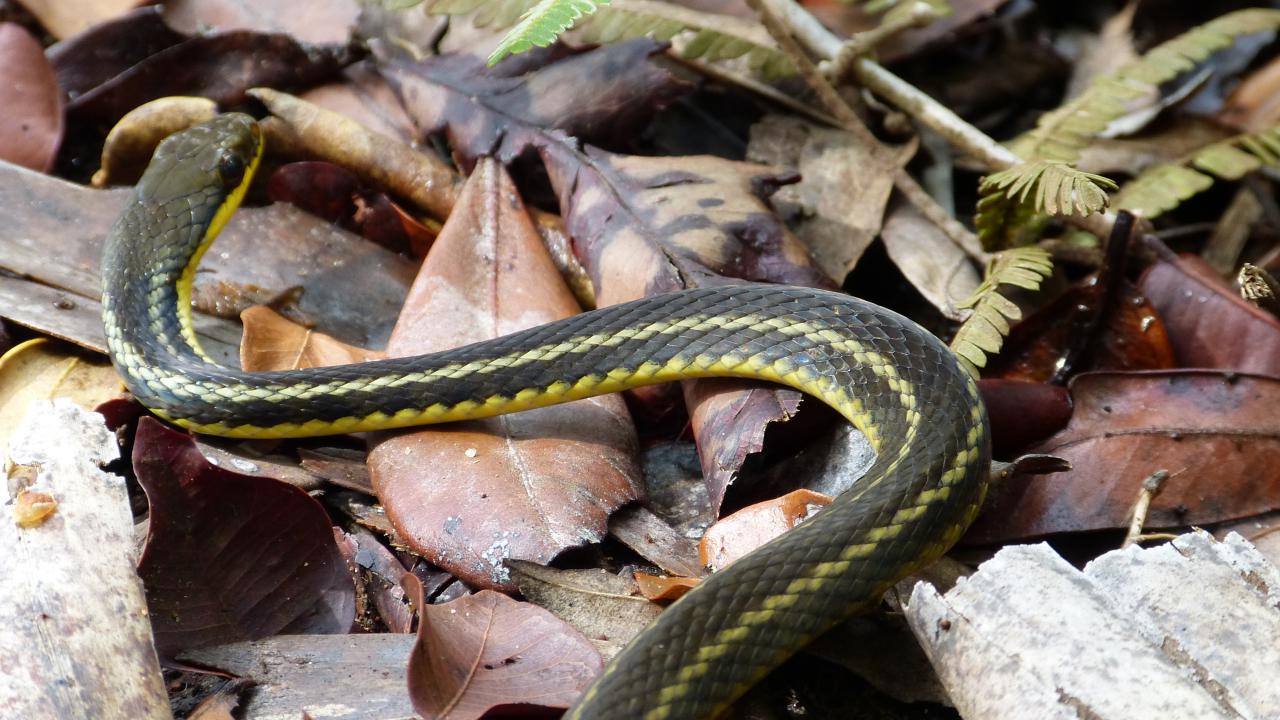 Thamnosophis is a genus of snakes found only on the island of Madagascar.
As of 2014, six species were recognized, but it is very likely that more species are to be discovered.

René Köhler, head & curator of zoology at the Museum of Natural History of Gera, Germany, helped me indentifying this species.

Mr. Köhler informed me that the snake on my photo is unusually continously striped in contrast to most Thamnosophis epistibes, where striping normally fades within the 1st third of the body.
This makes it easy to confuse it with Thamnosophis lateralis which I originally thought it was.