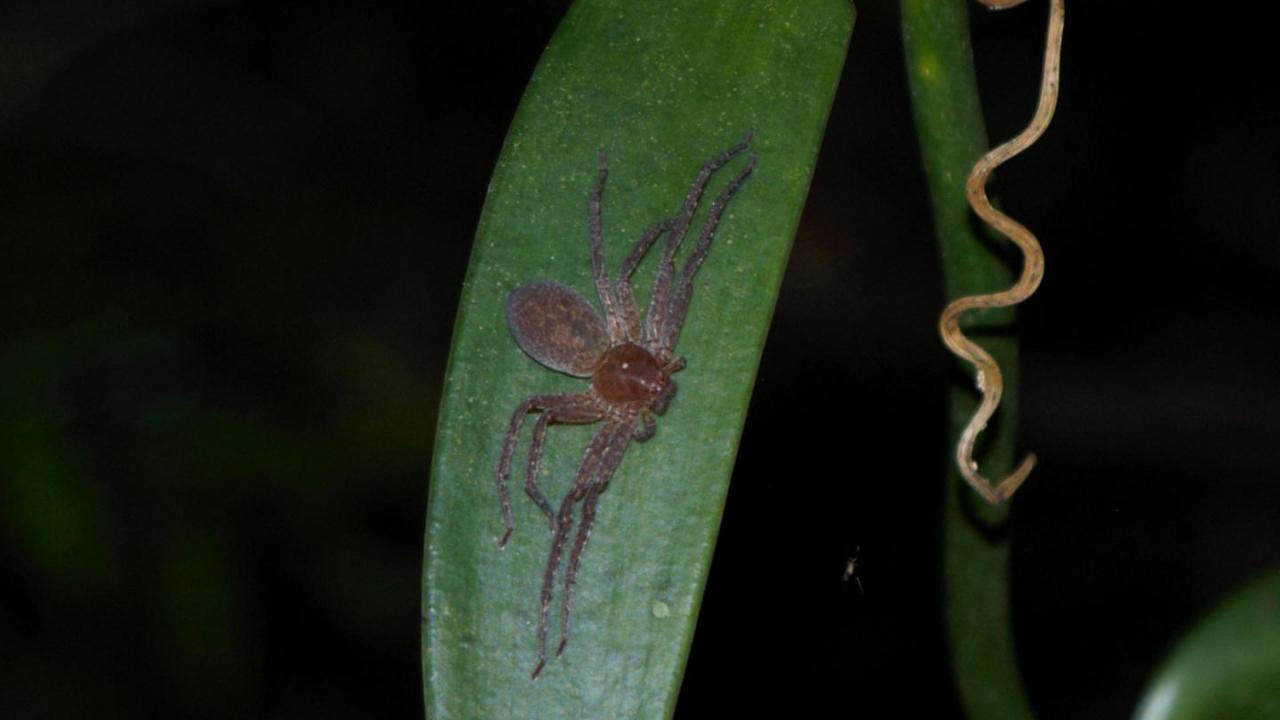 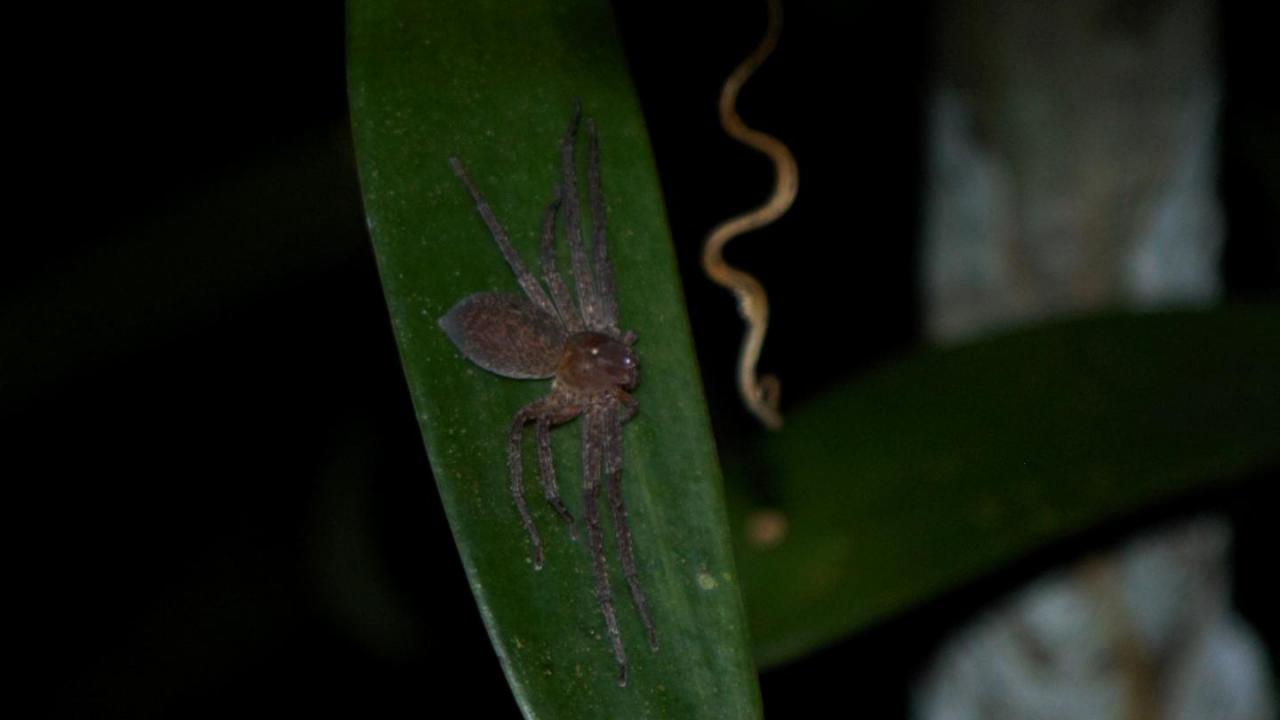 This spider is a huntsman spider in the genus Thunberga within the family Sparrassidae.
Peter Jäger, a German arachnologist and Head of Arachnology at the Senckenberg Research Institute and Natural History Museum in Frankfurt, Germany, discovered a new species of huntsman spiders in 2020, which he named Thunberga greta.
The Thunberga greta belongs to a wider genus of four huntsman spiders from Madagascar that Dr. Jaeger has named Thunberga.
The three other spiders were previously known to science, but have been reclassified into the genus.
The Thunberga genus consists of the following species: T. greta, T. malagassa, T. nossibeensis and T. septifera.
Thunberga nossibeensis is by far the largest within the genus and occurs, as its name indicates, on Nosy Be.
The genus is named after Greta Thunberg (2003 in Sweden), a young and courageous climate activist fighting against global warming, ignorant stakeholders and for a better future on our planet.
It can be distinguished from other genera of huntsman spiders by its different cheliceral dentition (teeth structure) and eye arrangement as well as by its uniquely dotted prosoma (back).

I have contacted Dr Jäger and according to him, this spider is either Thunberga thunberga or Thunberga malagassa (or even another not yet described species).
However, Dr. Jäger says it is impossible to make a 100% ID without investigation of the genitalia.