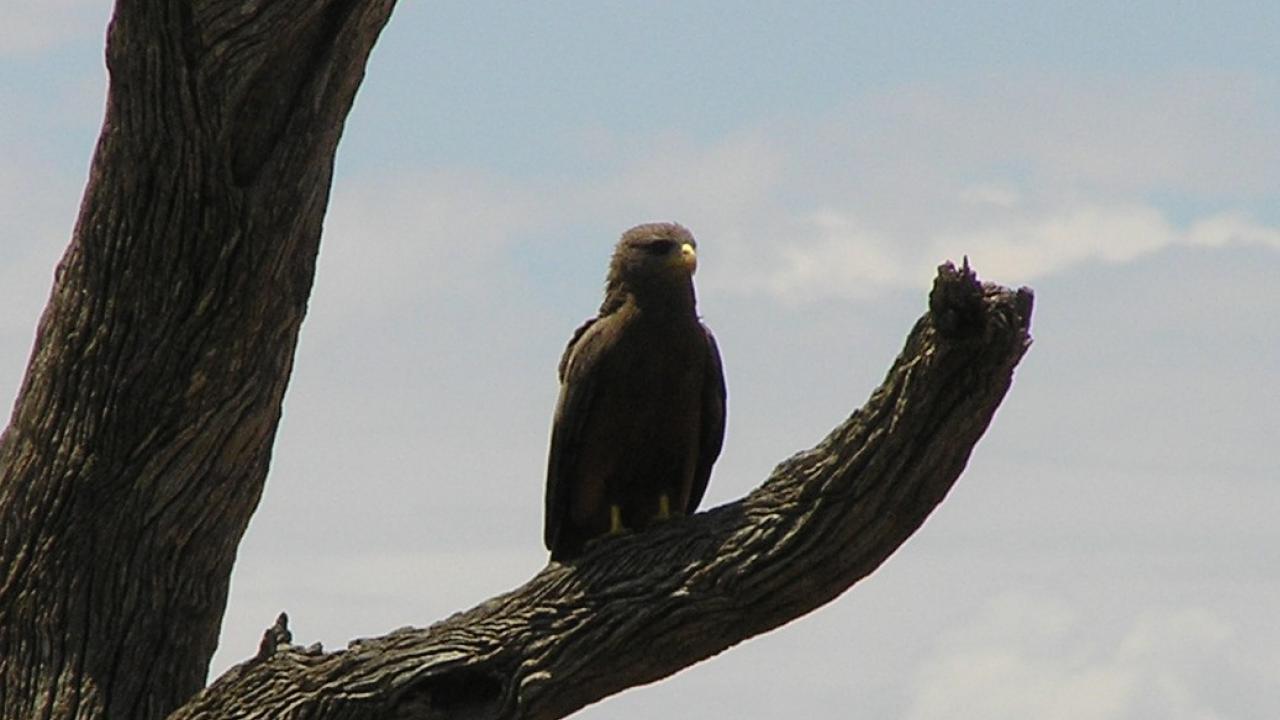 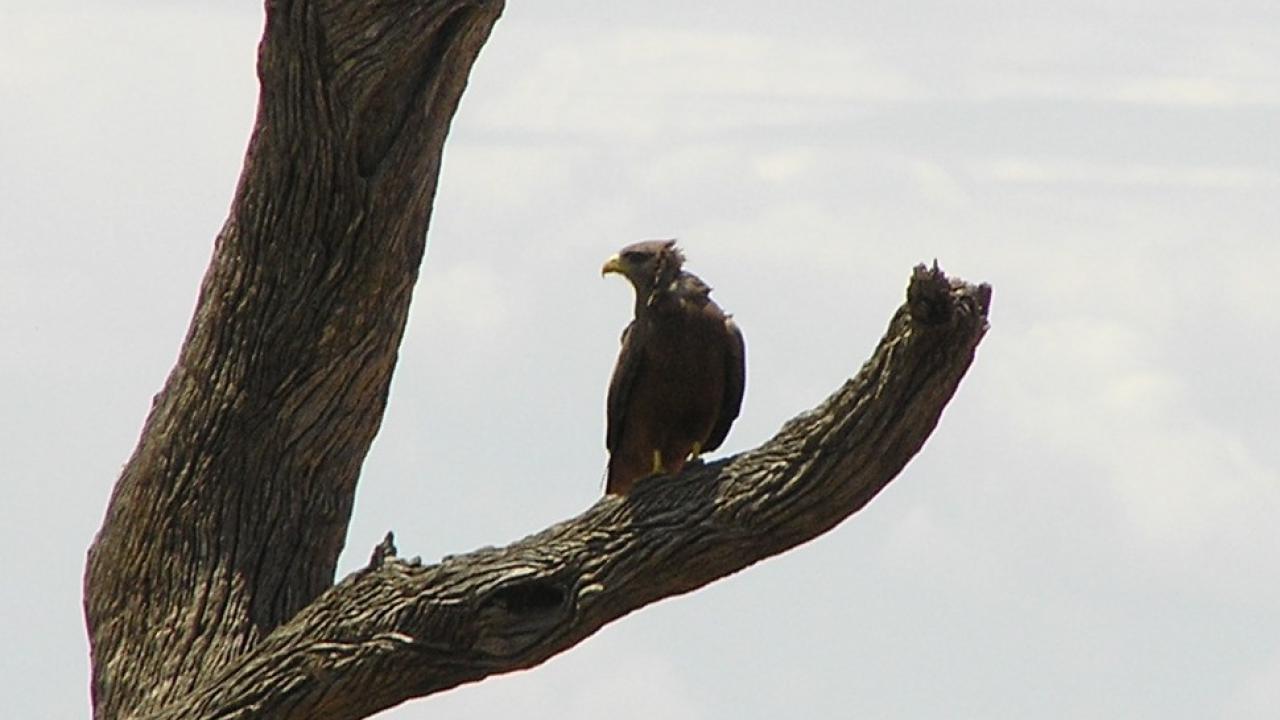 The Yellow-billed Kite (Milvus aegyptius) is the tropical African counterpart of the Black Kite (Milvus migrans).
It is one of the most common birds of prey on the African continent, and arguably the most visible.
It was until recently thought to be a subspecies of the Black Kite, but DNA tests have shown they have separated enough genetically to be considered a separate species.
They are very similar in appearance, and their range overlap when Black Kites migrate south from Europe and Asia and into Africa during the northern winter.
The easiest way to tell them apart is by looking at the beak.
The Yellow-billed Kite has an all yellow beak, whereas the Black Kite has a black tip to its beak.
However, immature Yellow-billed Kites resemble Black Kites by their all dark bill.